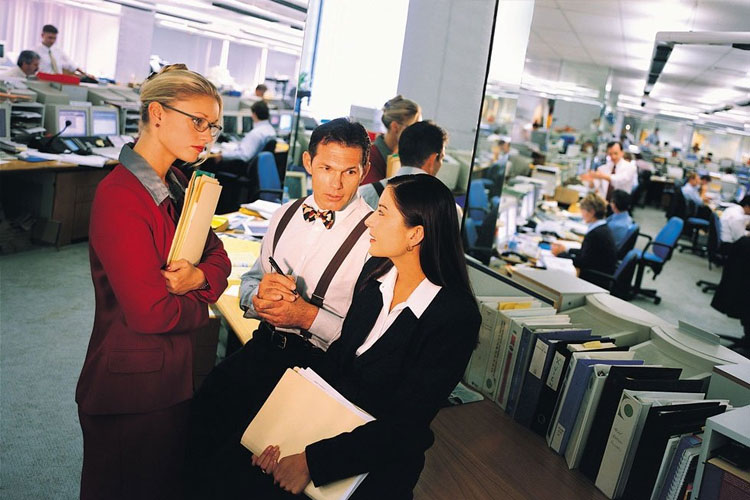 If we think about it, employee monitoring became a systematic practice with Fredrick Taylor’s time and motion studies. Taylor would record the time it took for a factory worker to complete their job as well as the motions they used in completed that particular task. For instance, he would observe workers that lifted heavy weights and loaded them onto trucks. He would calculate the time it took for one worker to complete loading and thus compare it to other workers. The goal was to make sure if the employee was getting the job done quickly and effectively. Some workers were rather quick, but not effective in that they missed quite a few details (they dropped the weight, damaged the goods, lead to a high degree of defections). Other employees were effective but not quick (they took too much time, were overly meticulous and got less work done in a day as a result). The point is, Taylor realized back in the day that monitoring employees can be used as a tool to increase productivity and eliminate any redundancies that occur.

Nowadays, however, even though monitoring tools have become much more efficient, managers fail to grasp just why they are set in place.

Today, we’re going to delve in a deeper discussion on the long term integration of monitoring tools in our organizations.

Dai and Milkman did some research in the health care sector. Caregivers, as standard protocol, were expected to wash their hands to prevent any hospital infections they could be harboring. Believe it or not, this was a habit plenty of them seemed to forget. The researchers found that the longer the day went on, the less likely the caregivers were to wash their hands. The more stress the caregivers were in, the less likely they were to follow standard procedure.

To remedy this problem, some hospitals installed an RFID system. Now, if you’re not familiar with the RFID, it stands for Radio Frequency Identification. This uses electromagnetic fields to track objects or people that have been tagged. But the reason the RFID systems were put in place was not to monitor if the employees were washing their hands, not entirely. The reason these were put in place was to study how being monitored would affect the employee’s behavior. What’s more, they wanted to study if they can enforce (or rather develop) certain habits in their employees with the externality of being monitored (the habit in this case being washing their hands).

So did these employees develop the habit of washing their hands when being monitored? Yes. What went wrong?

When these hospitals stopped using RFIDs (on account of lack of funds, losing grants and the like), the employees stopped complying to the hand washing protocol. The interesting bit? The compliance rates dropped lower to what they were before the RFIDs were put into place. All that money that went into monitoring employees for a purpose; what good did it do when the purpose was not even achieved. The very utility of monitoring tools started to come into question.

The outcome of the above study can be classified into two things. First, people comply by certain things because they think someone on the outside is looking in (a boss, a surveillance camera, a visitor). They do it for external reasons—because they are being paid to do so, or because failing to comply will generate backlash.

Second, people stick by certain habits because they genuinely enjoy it or understand that it is necessary. This is the internal reason.  They understand that washing their hands is good for them.

The bottom line is, integrating monitoring tools for long term success is a lot trickier than you think. It seems simple enough to be Big Brother and keep an eye on your surveillance tools to catch an unfaithful employee red handed. But it is another thing altogether to integrate these tools into your operations in such a way that