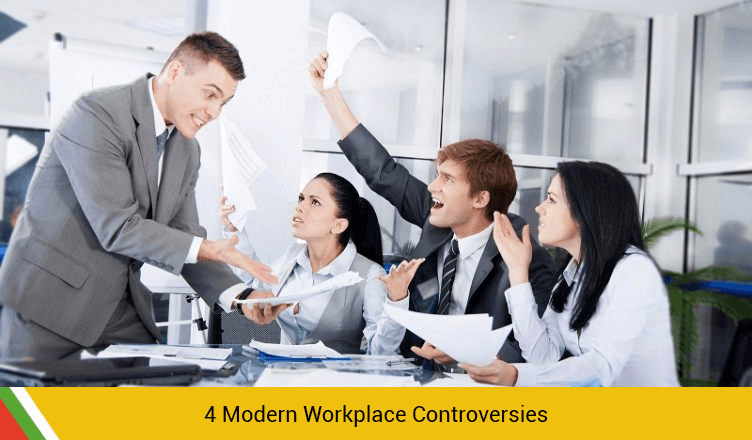 The impediment of business growth? Too many conflicts and controversies between employers and employees. There is a lot of apprehension regarding employee productivity and honesty but there is hardly any concern shown regarding the optimization of workers’ satisfaction.

The contemporary workplace environment requires less of a bossy attitude and more of a team effort. However, there are many problems that can rise due to mismanagement. Let’s discuss some of these:

Too Much Executive Compensation

Think of a scenario where employees are laid off while the CEO receives a $5 million annual bonus. Do you find it fair? It’s a hot debate these days in U.S due to generous compensation of the executives. According to a survey of 350 largest corporations of U.S by The Economist, CEOs earn 231 times more than the average worker. Putting it the other way, for every dollar that a worker earns, CEOs earn $231.

This compensation in U.S for executives is relatively higher than their overseas counterparts. Proponents of executive compensation argue that the salaries are competitive with the market and statutory to get the talent. For instance, Apple hired the Burberry CEO to design the Apple watch. Others say that the higher salaries are a compensation for a greater risk of being fired.

While some employees are paid high, others might be taken for granted. Even though both having same qualification and experience. The workplace discrimination on race, gender and nationality should be condemned. For example, a female engineer should have the same pay as that of a male engineer for the same level job, considering they have similar set of skills, qualification and experience.

Economic hardships and rising competition has led to fewer jobs. While the existing employees are in an awe of their jobs, companies try to squeeze more output from fewer employees. Too many workplace obligations result in a poor work-life balance. There is hardly any time spared for kids. The resulting trade-off builds pressure on individuals and is attributed for higher suicide rates. Gladly parental monitoring is not much of a problem these days with newer methods like smartphone monitoring, allowing parents to oversee their kids’ activities remotely, even from their office.

The stats for workplace homicides are scary. 809 killings took place during 2004 alone, according to the data published by United States Department of Labor, around 7280000 violence related crimes were reported in 2004 by the Department of justice.

What employers are neglecting these days is the employee screening tests to save on the additional hiring costs. Therefore, they end up hiring criminals and thugs. There should be a protection program against workplace violence. Managers should know how to identify potential problem employees. Again, a smartphone monitoring app for the employees can reveal a lot information about the personality traits of the employees.

Professional counselling should be provided to employees struggling with emotions. Also, care should be taken under circumstances of employee termination, redundancy, demotion, disciplinary actions and lay-offs that can instigate a perilous reaction from the employees. Ensure that their dignity is preserved during the process as ex-employees can also be respond violently.

CEOs, managers and other decision makers should interest themselves towards the aforementioned problems. The outcome will be better profitability and lesser lawsuits. Nothing can be and should be valued more than someone’s life, be it a senior employee or a janitor at the workplace.