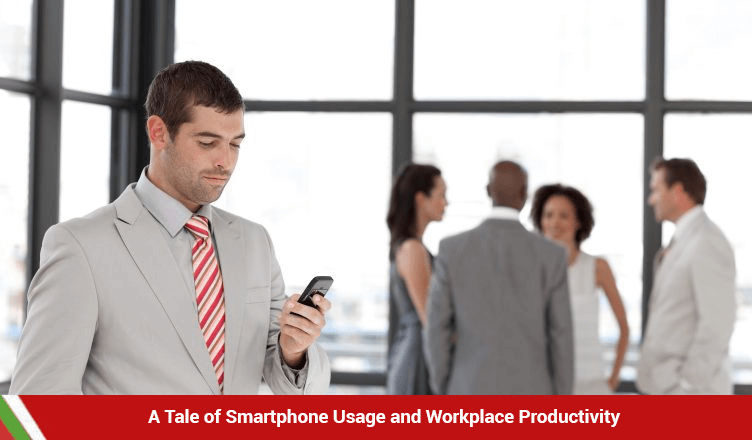 Employees have always found a way to procrastinate at work, long before smartphones were even invented. There were those that took an awfully long lunch break, the desk daydreamers and that one who just loved the sound of their voice. So why are smartphones in particular being blamed when essentially, it’s always been the same?

How Are Workplaces Different Now?

HR policies are changing. We’re a post-industrial society now, so we’re not exactly required to work like machines. Offices talk about work-life balance so they give you days off and vacations when they feel like you’re edging burnout. They talk of employee engagement so they give you work that you’d want to do. Many offices insist that you spent 15% of your work-hours on me-time. You’d think with all of this happening, the chances of procrastination should automatically go down, right?

But we’re the smartphone generation. We couldn’t have predicted 10 years ago that everyone at the workplace would have their own handheld devices. Which, I might add, give them access to social media when they want to talk, or games apps when they’re bored. And it would all be just a finger tap under their desk away. No one has to know what they’re doing and they’d look busy while doing so.

This chart by I Acquire pretty much sums up what they probably do on their phones at work:

What can make these matters worse? If your workplace has a ‘bring your own device’ policy, because then you’re enabling the opening of the can of worms.

So, Do Smartphones Lessen Productivity?

That seems to be the accepted rule of thumb. But think about it this way: would you want to work in an office that has a strictly no-phone policy? I know I wouldn’t. Because reasonable rules are fine, but when they seem condescending, it may as well turn you against the workplace altogether. Some offices block social media, which only builds on the idea that employees are school children that must be disciplined. So in a way, yes. Being able to use their phones at work leads to more job satisfaction. This is why many companies just give them their own device, for work and job satisfaction. Killing two birds with one stone.

Can the Device Usage be Controlled?

That’s the idea. It’s okay if they’re spending a little time dwindling their thumbs on their phones to catch a breather. It’s a problem when that’s the only thing they’re doing. But micromanagement isn’t exactly the solution either. If they have a company provided phone, a better idea would be to use an employee monitoring app. It allows them to self-regulate, but at the same time, it gives you a better idea of how much time they spend working and how much time they spend procrastinating. You could also limit the downloadable data per head for personal use.

What we’ve learnt is yes, procrastination at work is an age old problem. But now it has taken a digital format, so we find it easier to blame the smartphone rather than the employee or employer. If you’ve got a bad seed or bad policies, you’re going to lose productivity, smartphone or otherwise.