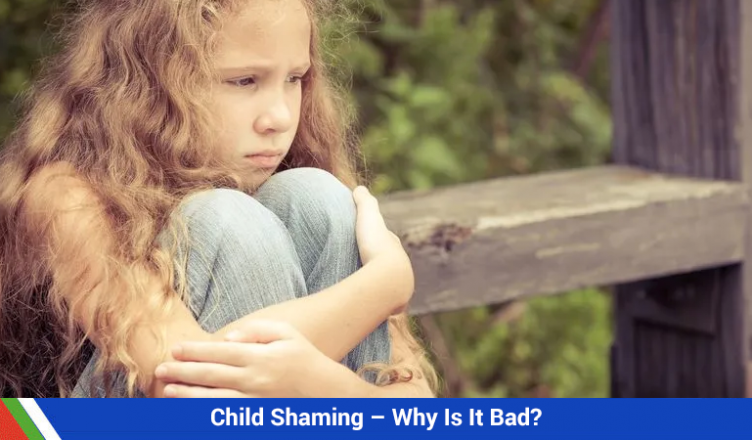 What really falls under the umbrella of child shaming? Here are a few examples:

Thoughts and feelings play an important role in your child’s behavior. Parents tend to get confused if thoughts can influence behavior. For instance, you lost your temper and yelled at your children. Later on, you felt guilty. Now, those feelings and the regret you felt could be sufficient to make you change your behavior.

But, there is a difference between guilt and shame. According to Brené Brown, the author of best-selling book Daring Greatly, and a research professor at the University of Houston, “I did a bad thing,” while shame says, “I am bad.”

So, no matter what kind of behavioral changes you might be going through right now and dealing with issues, that is not the message you would want to send to your kids.

Why Shaming Your Children Shouldn’t Be an Option?

The biggest reason? Shaming your kids wouldn’t work nor set your child on the right path or correct behavior. It is also dangerous because feeling ashamed is a feeling that lasts a lot longer than you expect or would want to. It is a feeling that sticks around longer than you realize. So, although it might seem that parents who are accustomed to shaming their kids online are getting solid results, you need to know that this kind of approach proves to have damaging consequences on the two things you are working hard on:

Also, there is also a link between the extent of your public shaming and its long-term effects. If you shame your child on Facebook, where there is a common notion that thousands of people would see it could pose more devastating impacts to your relationship with your child and their sense of self compared to the shaming that happened around at the dinner table in front of relatives of uncles/aunts.

It is emotionally abusive

Humiliating your child in front of people and shaming them is emotionally abusive. It is not alright to smack your children in front of others verbally or physically. Young people also have the right to reach out. They deserve to have a bond with their parents/guardians/caretakers. It is expected of parents to provide children with a safe and nurturing environment, with the elements of acceptance, empathy, and understanding. Children grow up knowing their worth in such an environment.

The Long-Term Effects of Child Shaming

When children suffer from emotional or psychological abuse during their childhood, they grow up feeling unwanted, unloved, and fearful. Shaming interrupts the process of normal development and wounds them spiritually. Shaming leads to negative internal messages which we see in the form of adults who are in constant “not good enough” mental state.

Not only that, when the same children become parents themselves, quite often than not, they parent their children in the same manner. They somewhat accept the constant shaming they had to go through in their childhood. And the messages internalized into them as children embed in their adult self.

“You are so stupid. You just can’t do anything right. No wonder you have no friends. Why are you so dumb?” These messages, and many like these that they constantly heard in their childhood.

Shaming also causes fear in children. And it doesn’t go away as they enter into adulthood either. It becomes the perfect barrier for them that keeps them from having a healthy emotional life.

The best tool that you have at your hand to change or influence your kid’s behavior is the relationship that you have with them. You have to create such a bond with your child that strengthens your child’s positive sense of who they are and, at the same time, giving them the space to learn from their mistakes. Don’t shame them when they make mistakes. Teach them in such a way that they take their mistakes as a learning experience. Talk to them when they act out, disobey you, or don’t listen to you. Let them know what options do they have and what they can do a bit differently the next time.

Here are some of the positive phrases you could add to your child-parent talks:

Make a vow to yourself to never shame a child. Treat your children the same way you would want to be treated yourself.