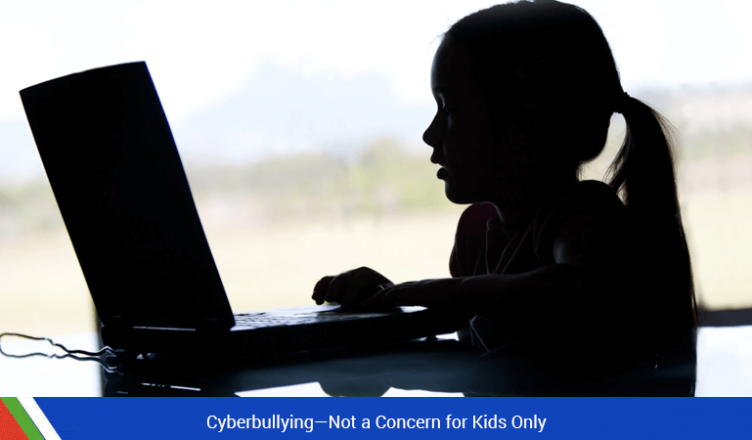 Cyberbullying starts when a couple of people get their hands on a smartphone and bully others online. Or, so it is popularly believed.

However, cyberbullying is not a concern for just teens or young adults. Grownups can face this threat as well.

Concerned parents often get XNSPY to keep an eye on their kids through monitoring their phones. But what most people forget is that adults face harassment online—all the time.

Similarly, any member of the working class, too, can become a target of cyberbullying.

No One is Safe from Online Harassment

An old PEW research highlighted that 73% of adults get harassed or abused online. While 40% became victims of virtual attacks.

Now, with the latest research, PEW reports 65% of adults started using social networking websites between the 2005–2015 period. Which is almost ten times more social media usage within just a decade.

Before Facebook arrived at the scene, most people were able to chit chat and spread gossip through group chats. Using, then available, chat messengers and websites.

However, today, we see everyone posting their pictures on Snapchat or Instagram. Or, letting people know where they are or have been by “checking in” on Facebook.

All this social media presence can put any adult in the crosshair of cyberbullies present on the internet.

How Adults Are Getting Cyberbullied?

According to another research, women often become victims of sexual harassment online.

Even though men report that people from both genders have abused them. Women harassed online said that they fell victim to slurs and cyberbullying attacks from men, mostly.

On the other hand, the perpetrators of all such virtual attacks were twice more likely to be from the male population. While one in ten social media users, despite their gender, received inappropriate pictures (of/from the perpetrator) without their consent.

Yes! That’s what adults are doing. If these supposed “grownups” are still harassing other people in this manner. One cannot even blame the teenagers. As they don’t know right from wrong at such young ages.

Parents are often seen teaching their kids how to deal with online harassment and ways to prevent any virtual attacks. Adults need to do the same.

We all should know how to be safe from bullies online.

So, here’s how you can stop or reduce cyberbullying attempts:

Many a time, people forget the power of sharing and getting support from others. You can talk about your experience(s) with the people close to you and let them help you in dealing with the cyberbully and their threats.

So, never hand the power over to the perpetrator by feeling bad about yourself. Or, blaming yourself for getting their attention.

Bullies are everywhere and they just want to bully others. It doesn’t matter if there’s anything wrong with you or anyone else. They will always come up with something to make you feel insecure about.

Many people get flustered when they encounter cyberbullies. But, it’s best to remain calm and keep a record of their threatening chat messages, pictures, or texts.

You’ll need to prove the virtual attacks happened, to whichever concerned authority, and these records will serve as evidence.

Almost all social media platforms let you control what people can talk to/message you. So, if any harassment attempts are made online, you can just block the user.

The same can be done for emails and instant messaging apps.

In the end, it’s all about what and how much we share with people through social networking websites. If you’re not exposing everything going on in your life online, then the odds of people bullying you for it definitely go down.

So, always tread carefully on the world wide web. Because we never know when, like a spider web, it becomes a sticky trap for the unaware butterfly (you).