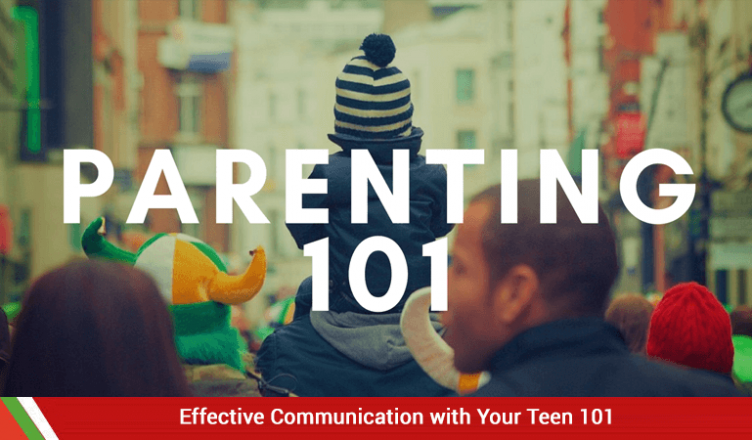 As parents, we are rather attuned to our teenagers’ behaviors and attitudes. The more you push them to do something, the more obstinate and defensive they get. They would react fiercely and would end up leaving the room or simply ignoring you.

Do you have any idea what runs in their mind when they are not yelling or, I’d rather say exploding? Teenagers, when they don’t want to explain to you, they would rather choose to tune you out. And that is exactly what they do. Our children think that as we don’t belong to the same generation or times, we are unaware of what might be happening in their lives or understand their point of view. So, our children think, what’s the point even? Mum/Dad wouldn’t understand!

Bottling up emotions or exploding, both of these are ways a child in adolescent age manages his stress. It is more like their defense mechanism. They feel stuck between being a child who is growing up into an adult. So, they don’t have it easier either. These two are the only two ways they know to get their point across when things get heated. As a result, the argument escalates and causes more conflict.

So, here are five handy tips which would assist you greatly in communicating with your teenagers or teens who are soon to become teens and bound to give you a tough time:

The first step is understanding. A simple secret that would help you immensely in getting along with your teen. Try to understand even when you don’t understand. This is the first approach you have to take if you want to have a healthy and communicative relationship with your child, is start all of your conversations with complete understanding. No matter if you do not fully understand or have an idea of what they are talking about.

For example, your child is talking on the phone with her friend when she is supposed to be studying for her test. You are annoyed that she is too distracted and spends more time on her phone rather than schoolwork. But, on the other hand, your teen might have an entirely different situation at hand and, she might be thinking that her friend is upset because of a rumor she has no hand in. She has to make her friend feel better and support her in this emotional time.

So, what do we get out of this? You and your child have two different lives with different problems and situations. So, try to be supportive and understand that it is important to her even though you think that homework is more important. Once she explains then maybe talk to her in such a way that conveys that you understand her situation. But let her know that time management is critical when there is an important test coming up. Let them know that you are aware of the fact that your daughter is a supportive friend, but she cannot ignore her studies for that. You have to find a balance and find a better way to manage social life and studies.

The best way to do so is by trying to put yourself in their shoes before you tell them what course of action she should take. This way, you actually make them listen to you and, at the same time, they feel that you understand their situation as well.

Teenagers are already under a lot of pressure. This is something every parent has to understand. First, there are various physical changes. They have to deal with their new appearance and, accept it positively. Then, there are the psychological changes. They feel like an adult trapped in a child’s body. There are tons of emotions to deal with, and, it gets pretty overwhelming along with the pressure to remain popular, social, and likable. Teens have their hands full. They have to juggle with multiple things at the same time.

So, pay attention to their ideas and be supportive. You have to make them feel that you value their opinion and believe in them. Let them know that it is alright if things are not going that great for them and you still appreciate them for trying. When your child sees that you have faith in his abilities, give him room to think, and make decisions on his own, it would develop trust between you two. He would feel more confident.

The key is asking only honest questions. And seeking their solutions rather than accusing your child which would make him react defensively. If he has trouble sleeping or getting up on time, ask him for ideas about how it could be made better? If he has no clue, then help him out in finding a solution. But, let them know that they have to solve their own problems. You would guide them, sure, but their problems are their own.

At the same time, let them deal with the consequences of their decisions too. Owning problems means owning the consequences as well. Your ultimate goal should be to teach your child to think for himself. This would make him feel in control of his life. Listen openly to his views and then ask him to give each of his options a critical thought while weighing in the pros and cons.

One important thing that many parents tend to forget is that when you are trying to get through to your teen, your emotions are your enemy. Before you begin to have any conversation with them, remind yourself that whatever they say or do is not a reflection of you. You may not like how they are acting, but you have to keep your emotions out of it.

Easier said than done, right? But trust me, it is extremely effective. Its skill that you would master over time like any other. Keep repeating this in your head before you talk to your kids. Consider this part of parenting.

And if you deeply give it a thought, you would see that you cannot be mad at a child for being himself. Yes, he might be making the wrong choice. But that could be because he doesn’t have that ability to make a better one. They are still developing their own personality. That is where you can guide them without demeaning them or making them feel any less of themselves. This would boost their problem-solving skill.

When you completely focus on being a parent, you would automatically feel less emotional because you have an important job to do. In times of frustration, remember not to take anything personally. Your child would act out when you set limits and boundaries and expect them to be followed. But, avoid getting emotionally involved as you are the parent and, you got serious parenting to do sans any emotions.

Avoid doing anything until you and your child have calmed down. When our children are upset or angry, we end up yelling and shouting at each other and, the matter goes nowhere. So, do not respond to your child when you or your child is upset. This way, you can avoid saying hurtful things to each other. The best thing to do is saying nothing. You could take a time-out.

When you are calm and more collected, sit down, and talk to your teen. It is a futile attempt to try to resolve a conflict in the heat of the moment or bring up a difficult subject. If you or your child, or both of you are upset, take a pause. Come back, sit down, and have a calm conversation. When your teen is being difficult, rude, disrespectful or, simply stubborn, that is when you leave the room. Hold in your emotions so that you don’t get dragged into the fight.

Even though you are not having the kind of relationship with your child that involves open and respectful communication, remember that as a parent, you have to stay firm. And it is not only you. Parents to teens, all over the world go through this. So, don’t feel bad if you get pulled into the argument on and off.

The more you keep yourself from engaging in the fight, the easier it would become to stay calm and keep your emotions in check.

It is not your need that your child behaves well

Sounds weird? But it is the truth. You really don’t need your child’s good behavior for yourself. You need it so that they become responsible and good adults. No matter what, don’t show or feel that you need your teen’s validation or good behavior. Because this way, you put yourself in a weaker position and they can choose not to give in to you.

The thing is, this is how human nature works. When you need something and don’t get it, then, you try harder via control and manipulation. This leads your teen to become more defiant and passively compliant. None of which is a good trait. You are the parent. You can easily solve your issue and problems. If your child is acting rebellious, it is his problem. You have to decide how you behave towards him and what will be the consequences of your behavior on their attitude.

You may have to ask yourself a few questions. How would you choose to react? What are things which fall under unacceptable? If your teen is being impossible, you could just leave and not engage. But, when he has calmed down, talk to them. Let them know that you will not respond to them until they approach you with civility and respect.

When you don’t try to change your child, you can think of better solutions for yourself. As a result, your child shall display less defiance. When you avoid responding to their anger, they wrestle with themselves rather than you. And eventually, they learn ways to act more maturely and sensibly. Stay strong your teens won’t be teens forever. This, too, shall pass!