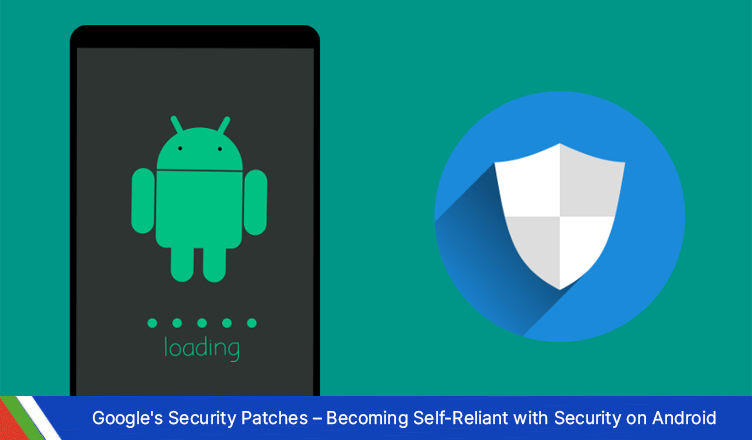 Android is hands down the most popular smartphone Operating System with over 2.5 billion users as of 2021, spanning 190 countries. It has a whopping share of 87% of the global smartphone market share. To say Android knows a thing or two about smartphones would be an understatement. It is a force to be reckoned with.

You may be forgiven to think that we have been using Android for our entire life, but it’s only been a little over a decade since Android popped up on the scene. So let’s take a quick history of this massive hit of an operating system.

Many people don’t know this, but Android started as an operating system for digital cameras. It was conceived by Andy Rubin in 2003 in Palo Alto, California. It was then marketed as an open-source alternative to Palm OS and iOS before being bought by Google in 2005.

It was quickly picked up by the industry’s heavy hitters such as HTC, LG, Motorola, and Samsung, all releasing phones running on Android.

This helped to launch the platform and it quickly became the most popular smartphone OS. By 2014, Android Lollipop was launched aka version 5. By then, it had amassed one billion users worldwide.

Android has the biggest percent market share of mobile operating systems in the third world and developing countries like Brazil, India, Indonesia, Iran, and Turkey. It falls behind Apple in Japan and the United States.

Android’s greatest edge over its competitors is its high customizability. However, since Google launched its flagship hardware known as Pixel, Google has been adding more services and security updates to its brand of smartphones.

It has given Google Pixel an edge over its competitors since it’s the first to receive Android security updates.

So why are security updates so vital in establishing dominance in the ruthless smartphone business?

When you turn on your new Android smartphone for the very first time, it asks you to install security updates. These updates seem very small and inconsequential. But they are essential for the smooth and secure running of your smartphone.

Since Android is open-source, many phone manufacturers add their twist to the OS which can create a lot of bugs and security loopholes. That is why security researchers are constantly on the lookout for such vulnerabilities.

Researchers notify Google of the vulnerabilities after an update is released. To not mess up the release cycle, it is known as responsible disclosure.

Third-party app manufacturers and hackers can exploit the vulnerabilities in a system and use them to invade a person’s smart device.

So Google engineers do their QA testing to check out the harmful potential of vulnerabilities. Once they are satisfied, they group several security patches and ship them out as a security update. Google tallies these security fixes and notifies the phone manufacturers.

It gives them ample time to rectify the vulnerabilities caused on their end, so they can all try and release an update simultaneously. But as most Android users know, these updates are not as frequent as they would like.

So ultimately, it is the device manufacturer’s and the carrier’s responsibility to deliver timely updates to your smartphone device. Original Equipment Manufacturers (OEM) do bundle their bug fixes and UI improvements. But these are too minute to make a noticeable difference.

And this is why so many users feel let down when they get a notification for an update. After installing it, they cannot virtually tell the difference before and after.

This communication breakdown is one of the most significant drawbacks of Android. And it is also the reason why many people think Apple is more secure than Android.

So what is Google doing to overcome this hurdle and ensure its dominance over Apple?

Google is not going to depend on OEMs for security updates

In a brilliant move by Google, it is trying to step away from the bad reputation it developed because of the slow updates it sends out. It is trying to cut off its dependence on OEMs for the security update to make it easier to send incremental updates to the Android OS.

The project, called Project Mainline allowed users to download the most significant updates directly from Google Play Store, circumventing the waiting period. Users would still receive updates from their OEMs, but they won’t be a time-crucial or high-priority update.

It means certain parts of the Operating System will receive updates via the Play Store while still receiving massive firmware updates directly from the device manufacturers. Project Mainline got introduced in Android 10.

Hence all the devices running on Android 10 could utilize this feature. It is good news for all parties involved.

Consumers can rejoice as they no longer need to wait for device manufacturers to complete their testing before a patch is released. Device manufacturers will be relieved knowing that they won’t have to worry about any inconsistencies in the Android ecosystem.

Google will be pleased knowing it will be retaining its customers who were switching to Apple over security concerns.

This modular approach to updating the Android OS is a much welcome change, greatly appreciated by users. It will minimize the security risks and vulnerabilities associated with delays in OS updates.

How to not rely on Google for security

Luckily, there are a lot of techniques you can apply to improve your phone’s security and become independent of the tools provided by Google and phone manufacturers.

These are all fail-proof tips that can go a long way in protecting users’ privacy. But even some of the most ideal Android surveillance tools fall flat when it comes to this. So what is this technology and why is it necessary and helpful.

What are Android surveillance tools?

Mobile tracking and surveillance have become quite popular over the last decade. It is just one of the downsides of living in the Internet era. We have to sacrifice a lot of our privacy rights to live out our day-to-day dealings with the world.

These Android surveillance tools are apps that allow the monitoring of a user’s Android device. Such apps work in the background and hide from the owner of the device.

These apps do not have to have a negative context. They can provide a lot of benefits in a lot of situations.

These features combined make XNSPY an ideal substitute for traditional monitoring tools, making it a great candidate for cautious employers and parents alike.