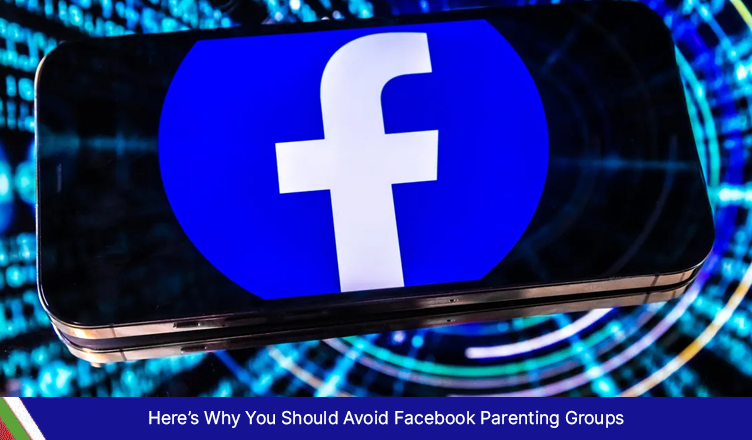 Facebook is usually almost always full of drama and controversy since it is a platform for socializing and interacting with different people. As in real life, you’ll meet people who have different opinions from you and will hence argue with you about it. But in real life, they might remain civil and an calm. Online, it’s an entirely different story since they have somewhat of a shield from direct confrontation and people will use this shield to protect themselves from anything that attacks their ignorance. Not only do they have a shield, they have a sword too, a weapon, that they will use as a tool to say some not so very nice things to you.

This in the case of parents, takes a vicious turn sometimes. Facebook parenting groups are common especially when it comes to school groups. Parents will talk and communicate about the school and it’s related events. Some groups are merely there to serve as a parenting community.

Parenting Groups: Worth all the fuss?

Now suppose someone posts a picture of a child with an illness, they list out all of the symptoms and things that have been happening to the child. Sure they can easily go to a doctor, but they’d like to have an idea of what’s going on first. So someone comments that there’s nothing to be worried about since that type of illness is pretty common in their age group. They could be absolutely right. Someone else comments saying that their child had the same symptoms and they fell very ill and needed serious medical attention. They too could be right. Now, more often than not, parents will get defensive and will take offense at the fact that someone told them that they’re raising their child in the wrong way

Even friendly advice may come off as something accusatory of child neglect.

Anyone taking part in these groups can easily tell how dynamic, dichotomous and divisive these groups are. Look through enough and you’ll find that these places are quite nasty.

According to a 2015 PEW Research Center Case Study on parents and social media, 75% of parents use social media with Facebook being the most popular of them all. While the parents may use the platform to stay connected and as a means of networking like anyone else, they’re also there for parenting related information and social support.

Really, how many pregnant women did you know while you yourself were pregnant? It’s quite a scary time when you’re having a child and then when you’ve actually had it. You feel stranded and alone and obviously you’d go to somewhere that has easy support and connectivity. The prospect of it sounds pretty interesting too, you’ll get to learn a lot about parenting through firsthand experience.

What Actually Goes On In These Groups?

To anyone younger who grew up with the internet, you can easily tell how much of a generation gap there is. The thing with older parents is that they think the internet is a blur of much of the same thing. They think that Facebook encapsulates everything on the internet, including news websites, media websites, even search engines (yes, we’re alluding to those funny screen captures of grandmas searching for short bread recipes on Walmart’s Facebook page.)

So everything they see on Facebook is taken as gospel.

Next you’ll see a bunch of terms and acronyms that make absolutely no sense. “DH”,”VBAC”, “EBF”. DH stands for Dear Husband and VBAC stands for Vaginal Birth after Cesarean—What? Even after you learn all of these very confusing terms, you’ll find that they don’t quite roll of the tongue.

Next thing you’ll find is how the simplest posts can devolve into a thread of hundreds of comments that all amount to meaningless gibberish. Sure all might not be lost, for every five posts that would make you want to leave the group, there would be one actually helpful post about say, dealing with stubbornness or feeding a picky eater.

But eventually you’ll realize that as helpful and informative as those one out of every 5 or so posts, it really isn’t worth it. You can go from group to group, hoping that there’s less of a divide in one of them, only to find the gap between opinions widens. The arguments about milk formula and how it makes your child dumber or the arguments about vaccines (we cannot even begin to describe the pain of reading through them) weren’t really the problem.

That is why many online communities especially Facebook groups are flawed. Simply having the umbrella of a common topic and the assumption that we are all fans of a certain show or parents and that we’ll be the best of friends because of this common ground between us, is simply flawed.

This is why groups that offer a welcoming and safe environment always feel off. Their message and their actual content is vastly different.

Is There Any Hope At All?

Toronto parent Tanya Hayles founded the Facebook group Black Moms Connection in 2015. Originally open only to Canadians, the group eventually opened up to black moms around the world. It now has close to 9,000 members.

“I was a member of a few parenting groups when my son was born until about age 2,” Hayles says. “I felt like while there were a lot of things that were universal to motherhood, there were some definite cultural differences.”

Hayley’s Facebook has a dedicated admin group with a clear vision to provide a safe space for black moms to speak their mind about their parenting concerns. The questions of children facing racism does happen often and non-white members take it not as seriously as they should. But the admins don’t censor this type of discussion, they actively manage it.

Members are grateful for the group’s existence, so much so that many travelled to Toronto from New York and Washington for the inaugural conference. It is a model for how online parenting groups can thrive.

Black Moms Connection might be a needle in a haystack though. Finding similar groups will be tough. At the end of the day use your judgment and honestly, just don’t bother with Facebook groups!