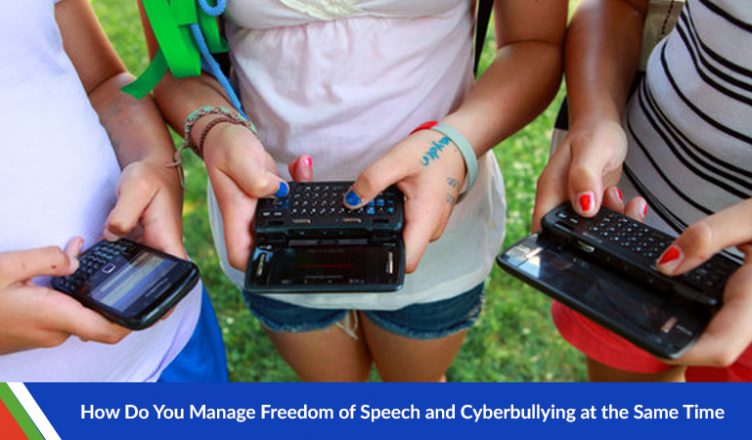 One thing I know for sure is that wherever there is a forum that allows children to speak their minds, speak their minds they will. They do and they must. Every child is born with the freedom to speak—in most places, that is. We know for sure that our country celebrates freedom in every sense of the word, sometimes regretfully so. If the past few months in the election campaign haven’t been alarming enough for panders of freedom of speech, I don’t know what else have been. It probably did not come from the candidates themselves (although they could have done more to control it) but the ideology of a particular candidate inspires hate speech in the opposition party supporters.

To be fair, this goes beyond politics and a two party system. Take popular culture. Aren’t teenagers always fighting over which pop star is better? Aren’t they always battling it over in the comment section about how their favorite celebrity is better in all aspects, all the while putting down another one? This has existed for as long as the internet has. Christina versus Britney. Justin versus K Fed. Katy versus Taylor. Fans of one party like to form an army of sorts and their mutual hatred of the other person combines them till they form an angry mob.

So here’s my question: when does freedom of speech become straight up cyberbulling? Or worse, when does it become hate speech?

Most recently, a man called Babak Taherzadeh has been arrested in Texas for felony against Judge Brandon Birmingham. Taherzadeh has apparently been “harassing” the judge over Twitter, using different accounts to hound him. Usually, Taherzadeh uses Twitter like anyone else—he uses it to post a passing comment on the current political scenario, the media, his favorite television shows and the like. Thusly, he extended his usage to the Judge, who he believed mishandled a case. Twitter hounding—or stalking as the arrest has it—was his way for revenge. Taherzadeh’s escalation of freedom of speech has been known to have gone too far the moment he mentioned that he might kill his brother in law over an unsettled debt. This is precisely what left the judge fearing for his life. Taherzadeh’s persistent hounding through 10 different accounts left him quite distraught to the point where he took it to the authorities.

What does Taherzadeh have to say about this? Well, he’s just practicing freedom of speech. He is expressing his grievance over Twitter and sharing his frustration with the court with his followers. The authorities think otherwise. They believe that freedom of speech was overcrossed when Taherzadeh talked about “bitch slapping” the judge and threatening other forms of violence to him and his family. That’s where things started to get messy.

Taherzadeh has prepared his defense by stating that he is merely portraying a character online. The things he has said to the judge over the internet are not ones he would ever say to him to his face.

But then there is a great many blurred lines when it comes to differentiating between hate speech and protected speech. For instance, there are plenty of loopholes where you can joke about violence and get away with it. However, where there is a “true threat”, there is less to get away with. And my question remains the same: who gets to decide what is true and what is implied? Who gets to decide what remark was made as a passing joke and what was made with true intent?

To go any celebrity’s Twitter @ replies and listen to what people have to say. For every swarm of adoring fans, there is a swarm of haters that makes life threatening remarks to them on a daily basis. And t