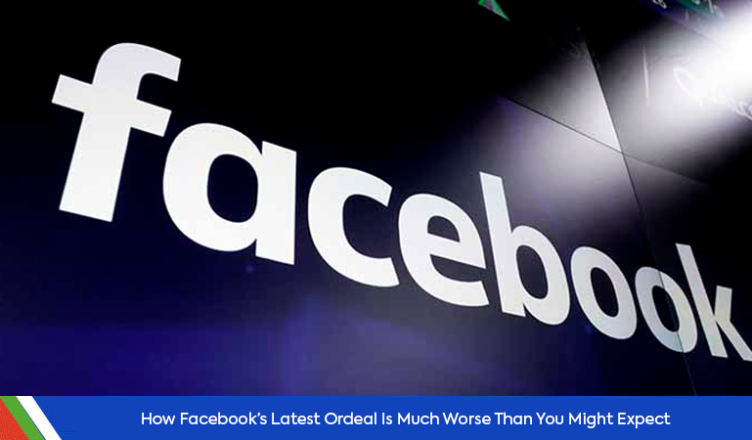 Facebook, a tech behemoth and undoubtedly the largest social network on the Internet has seen its fair share of controversies over the last decade. They all pale in comparison to their latest scandal.

Frances Haugen, former Facebook product manager, exposed Facebook’s dirty laundry on live television in front of Congress. Her testimony confirmed what many of us suspected, Facebook doesn’t care about its users, only its data.

Haugen, a well-known name, in Silicon Valley, has held high positions at Yelp, Pinterest, and Google alleged that Facebook consistently took advantage of users’ emotional insecurities for its profits. Haugen worked for Facebook for two years, resigned in April, and officially left in May. She had become increasingly skeptical of Facebook’s slimy tactics. She made it clear that the social network’s algorithm is designed in such a way to incite discourse and create an environment of toxicity. Haugen backed these claims via her leaked documents. The documents show Facebook’s data engineers raised concerns that the algorithm gave birth to “unhealthy side effects on important slices of public content, such as politics and news.” She also called for reverting the changes and instead opting for unbiased, natural engagement on its platform. Facebook’s algorithm ranks content it knows will provoke a reaction from its users. This means engaging content is usually controversial, upsetting, and even false or misleading.

“There were conflicts of interest between what was good for the public and what was good for Facebook. And Facebook, over and over again, chose to optimize for its interests, like making more money,” Haugen told 60 minutes correspondent Scott Pelley.

The former Facebook product manager also revealed that Instagram (which is owned by Facebook) is harmful for a large population, and particularly teenage girls. Facebook’s staff was studying their product’s effects on young adults’ mental health since at least 2019 and kept it hidden from public knowledge.

Facebook’s world domination is far from smooth sailing. Facebook’s immense success has been marred with numerous scandals, but nothing of this stature. It is the first time that a high-ranking employee has come out as a whistleblower, revealing company secrets to the public and Congress.

It is also the first time that the company has had this much interest from the public. It seems everyone’s eyes are on the company at this very moment. First, Facebook’s several internal memos got leaked to a major publication (The Washington Post). Then the whistleblower’s identity was revealed on live television, and then the testimony before Congress. All of these occurred like clockwork, just within a few short weeks.

Facebook has now gone full defensive mode, as expected. But this time, things are different. The public is aware that the company is refusing to acknowledge the leaks. It is also refuting research conducted by their experts.

This time around, the public is familiar with Facebook’s notorious track record when it comes to user privacy. Facebook inciting violence among its users in Myanmar and the Cambridge Analytica fiasco are just some of the examples of its horrid past.

No matter how much Facebook tries to cover its tracks or downplay the severity of the situation, it will be hard to fool the world this time around.

Facebook had also gotten cocky, in part to its leader’s ego and part to Congress’ inability to hold the tech giant liable to its many misdeeds. Haugen told 60 Minutes that the company had implemented safeguards to reduce misinformation ahead of the 2020 U.S. presidential election. But shortly after the election was over, they turned them off. They turned them back on after the U.S. Capitol riots broke out.

It will be hard to take Facebook’s word with such facts into consideration. This time around, even the politicians will be hard to lie to as Mark Zuckerburg tried to do in March of this year. Zuckerberg told Congress that he didn’t believe the research on Instagram’s effects on mental health was conclusive. He said, “overall, the research that we have seen is that using social apps to connect with other people can have positive mental health benefits.”

To make matters worse for Facebook, employees who were disgruntled with the company have now a leader to look up to. Haugen has been a beacon of hope for all the employees who turned a blind eye or were too afraid to speak up about their concerns.

It will be hard for Facebook to keep a lid on all workers who have been encouraged to come forward. They will be relieved to find hope in the form of Haugen and can always share future research and internal memos with someone that has proved themselves trustworthy.

Facebook is in a precarious spot right now where any sort of legal action or ridicule against Haugan will further add a nail in their coffin and Facebook will only dig themselves deeper in their grave. Haugan has the support from her former peers, the public, and even the politicians all of whom have become wary of Facebook’s carefree, holier than thou attitude.

She has managed to singlehandedly put the spotlight right back onto Facebook and reminded the world just how dangerous this company can be. This is an unprecedented approach taken by one courageous individual who just wants to make the world a better place. This isn’t about her or Facebook at this point.

It is much bigger than both of them. It is about users’ right to privacy and a company’s willingness to go as low as possible to turn a dime into a dollar. Despite Facebook’s incessant pleas of innocence, it is too late to ignore the voice of truth.

Haugan might be the best thing that happened to Silicon Valley as it shows there might be hope yet to turn things around and give users their freedom back. This time things will be different for Facebook and all of Silicon Valley.