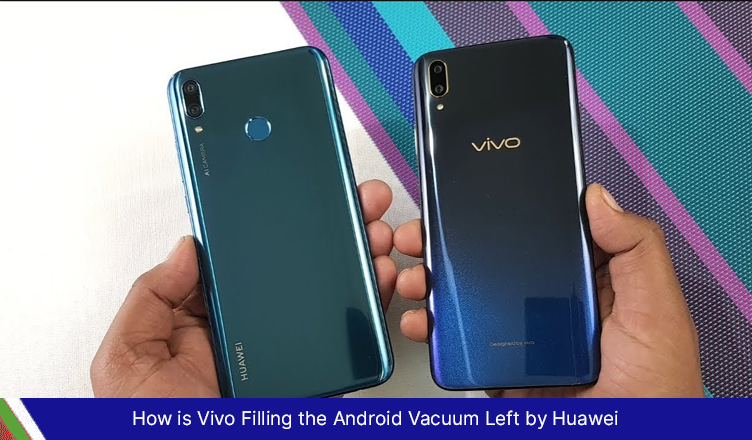 If you’ve been following the tech industry for the past few years, you’re well aware that Huawei is in a heap of trouble.

While uncountable smartphone trends were hitting the market in 2019, Huawei was dealing with the accusations leveled by the United States government. The Chinese company has been under fire from the US government since May of 2019, resulting in what is informally known as the “Huawei ban.” This ongoing battle has forced Huawei to drastically change its business practices, which has given a chance to other companies like Vivo to fill the void left by Huawei.

A Basic Gist: Why Huawei Got Banned

Despite its success, Huawei has faced numerous accusations of shady business practices throughout the years. It has also been accused—albeit without substantial evidence—of using its products to spy on other countries. This is a worrisome thought considering the company’s close links to the Chinese government.

In May 2019, US declared that Huawei, along with numerous other Chinese companies, would be sanctioned. These companies were added to a list known as the Entity List, which means they are ineligible to do business with any organization operating in the United States.

How is Vivo Filling the Vacuum Left by Huawei?

Following Huawei’s demise, smartphone company Vivo has ascended to the top of the Chinese smartphone market, beating its nearest competitor OPPO thanks to a consumer-friendly product lineup.

Vivo phones scored #1 in Counterpoint Research’s Monthly Market Pulse Service, with a 20 percent market share. The strong market reaction to its product line-up, which included the X, V, and Y series, drove the company’s position throughout the quarter.

With smart devices and intelligent services as its core, Vivo maintained strong momentum. According to Counter Research, Vivo topped China’s smartphone market in 2021 with a market share of 22 percent.

Vivo has now expanded its sales network to more than 60 countries and regions, and it is loved by more than 400 million people worldwide.

Aside from the favorable circumstances, Vivo phones are outstanding in terms of build quality and performance. The company understands user needs and continues to introduce new devices with good price tags and designs.

As previously stated, despite Huawei’s downfall, the company already has one of the greatest smartphone market shares in the world, so it will be interesting to observe how this latest growth affects its influence.

Many of the company’s phones are currently exclusively available in Asia at this early point in its worldwide expansion, while a rising number are also available in Europe. However, for European buyers, this does not detract from the outstanding hardware packed in the Vivo mobile phones.

As a result of the aforementioned charges of stealing customers’ data as well as recording surroundings, Huawei received a hefty penalty of being banned. Anyone can be affected by this. You’ll be dealing with security issues whether you are using a Vivo, OPPO, Huawei, or any other mobile device.

Well, you can’t control it, but you can deal with it. There are numerous choices for storing data for back-ups, such as the cloud or Google Drive. What if you can’t access any of them? In the event, you’ll need a portal to keep your data safe and you can easily restore it.

However, using a monitoring app could be an option if you are thinking about protecting your data online. Xnspy is a monitoring app that could be the source of your backup data. Let’s suppose your mobile is lost. You can easily trace it remotely with the GPS locator. Moreover, it helps you keep a backup of your incoming and outgoing calls, pictures, videos, text messages, and important emails.

Moreover, if you have accidentally deleted any of your social media apps, your data will be saved, which you can easily access on your laptop or PC by logging into Xnspy.

Is Vivo a good phone for enthusiasts?

Vivo phones were not made to serve all the dimensions in the first place. Vivo mobile phones were introduced with explicit camera features for a better photography experience. But to ensure its survival in the already high-maintenance market, the company decided to improve the performance of its devices. Vivo’s latest phones have better processors, bigger batteries, and better displays.

However, gaming is another interesting aspect. Vivo phones for gaming are not as popular as other companies. However, some phones, such as the Vivo X70 Pro 5G, Vivo V23 Pro 5G, and Vivo Y50, could be useful for gaming. These are the top three Vivo gaming phones.

Vivo was one of the first brands to release 5G devices, with the Nex 3 5G and iQoo Pro 5G models.

There’s also the company’s sub-brand to consider, which sells remixed versions of its parent brand’s products at a more competitive price/performance ratio, with a slight gaming focus. If you have a little more money to spend, the Nex line—which used to be the firm’s actual flagship space until the Nex 3—is no longer available, and rumor has it the company is re-branding its high-end line.

Vivo’s flagship series, the NEX and X series, are centered on photography capabilities, and the S and U series are focused on value for money. Y focuses on low-cost customers, whereas iQoo focuses on online channels.

A Quick Note on Software

Vivo currently uses two operating systems. Origin OS is mainly accessible on Chinese models and is confined to the company’s most recent phones. Funtouch OS is present on global launches, although it will be phased out in favor of Origin. The few phones with official European versions also include Funtouch, but it’s a stripped-down version that’s closer to standard Android and much better.

Even though Huawei has been dealing with allegations (some of which may be untrue) for the last several years, the company has not given up. Huawei has introduced its own operating system called Harmony OS, also known as Hongmeng, which is rapidly gaining popularity and may be adopted by other Chinese phone manufacturers.

Vivo is implementing aggressive business and product strategies to compete with Huawei by manufacturing quality phones and attempting to fill the Android vacuum left by Huawei.