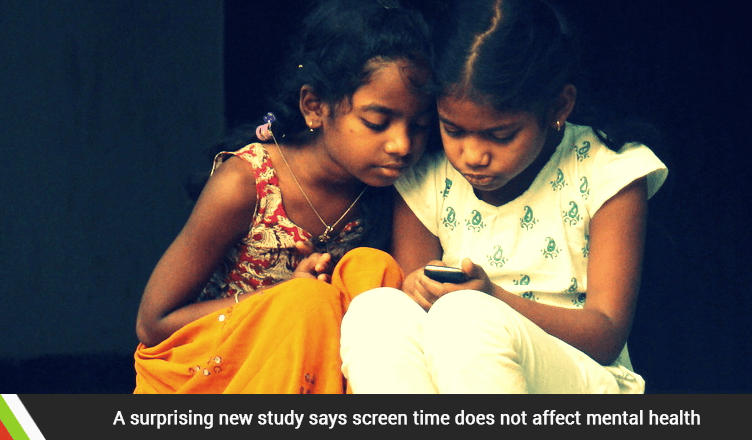 You may have thought that screen time impacts well-being. According to the latest study, this is not the case. A study was conducted by the University of Oxford involving more than 350,000 children from the US and UK. The study found that digital technology accounts for 0.4% of the effect on a child’s mental health. This has come as a surprise since overuse of digital devices is generally believed to harm a child’s mental health.

Since the data was extensive, there were 600 million ways to analyze it, the author of the research, Amy Orban, says. She also mentions that one could find positive, negative, or no association between screen time and well-being, depending on the data set they chose. It means that the data regarding screen time and mental health varies across individuals. It also suggests that other factors are also involved.

While digital technology has little impact, drinking, marijuana, and bullying had a significant effect on mental well-being. One could argue that digital devices, such as a smartphone serve as a medium for cyberbullying. Thus, a digital device serves as an agent to bullying, even though it does not affect well-being. According to the study, other activities such as a healthy breakfast, physical activity, sufficient sleep are significant factors in mental well-being.

Kevin McConway, a professor in applied statistics from Open University, explained that excessive screen time among depressed children could be interpreted in two ways. It could mean that screen time causes depression or that depressed people tend to use digital devices more than others. This is an intriguing point for discussion, but the study does not elaborate on it.

In addition to this, the authors of the study found that watching TV or playing games before bedtime did not affect mental health. Earlier this year, a study by the Royal College of Pediatrics and Child Health (RCPCH) reported similar findings. However, the study suggested that screen time should be avoided an hour before bedtime. However, the study mentions that digital technology exposes children to inappropriate content such as pornography, substance abuse, unrealistic body shapes, violence, and cyberbullying.

Socio-economic factors also play a role in the mental well-being of a child so it’s not wise to solely blame screen time for for it.

What makes this study’s findings surprising?

There have been opposing studies on the impact of screen time on psychological well-being. However, several studies suggest that screen time has a negative influence on mental health. A research was conducted involving over 40,000 children in the US aged 2 to 17 years. The time on digital devices such as computers, smartphones, TV, and electronic games was calculated, and its effect was determined. The research says, “After 1h/day of use, more hours of daily screen time were associated with lower psychological well-being, including less curiosity, lower self-control, more distractibility, more difficulty making friends, less emotional stability, being more difficult to take care of, and inability to finish tasks.” The study found that teenagers were more susceptible to be diagnosed with depression, anxiety, and being treated by a mental health professional.

There are many studies like these that support the notion that increased screen time has a negative on a child.

What is the catch?

The study by the University of Oxford provides concrete evidence for its findings, but it has a few limitations. The study recognizes digital devices as a single entity and does not distinguish between a TV and a smartphone, for instance. Furthermore, the study only considers screen time; it does not consider the nature of content that is consumed. Content on the internet varies from educational to inappropriate. The study does not provide any conclusive evidence for the effect that content has on mental well-being. Hence, researchers need to focus on this aspect of screen time.

Another factor that has not been considered is that screen time consumes the time that should be spent on other activities. The study by Royal College of Pediatrics and Child Health mentioned earlier, says that physical activities, socializing, and good sleep are “displaced by screen-based activities, which may lead to an ‘opportunity cost’ in terms of other beneficial activities. For this reason, we feel that this is the main way in which screen time and negative outcomes may be linked.” Without blaming digital devices, the study says that screen time is not healthy because it prevents a child from engaging in other activities.

Screen time may not affect mental well-being, but it affects physical health tremendously. Obesity has become a major problem among children, which can lead to lifelong health problems. Other than this, digital devices tend to cause headaches and blurred vision in children younger than 6 years. Dr. Aditi Dusaj found that myopia has become a problem in younger children. Myopia, also known as short-sightedness, is caused when an image is formed in front of the retina. Myopia develops due to excessive use of screens.

Assuming that screen time does not affect the mental health of a child, it is still promoting unhealthy habits in children. Obesity, eye-sight problems, and unhealthy eating habits are the health issues caused due to screen time. This should be reason enough for parents to put restrictive measures on screen time limits.

What does this mean for Indian kids?

Although there has been limited research with regards to the effect of screen time on Indian children, there are growing concerns regarding the time children spend on digital devices. Higher consumption of junk food is associated with an increase in screen time. Research by the British Heart Foundation concluded that screen time was associated with unhealthy dietary behaviors. However, there are other socio-economic factors such as the income of the family, eating meals at the TV, and others that also effect unhealthy eating habits in children.

A study found that non-alcoholic fatty liver disease (NAFLD) has a higher incidence rate in Indian children than before. This disease is caused due to changes in lifestyle, which could be explained by an increase in screen time. However, further study is required to find the relation between screen time and higher incidence of NAFLD.

What should parents do?

Even if you don’t believe that screen time affects a child’s well-being, as a parent, you should limit screen time. In keeping with the standards provided by WHO, parents should keep the following recommendations regarding physical activity and screen time in children under the age of 5:

Infants (less than a year old):

The debate about screen time and its effect on health have been around for a while now. With conflicting research findings, it is difficult to determine whether excessive screen time is bad or good. But one thing is for sure: Overuse of digital devices takes away time from other activities that are good for health.