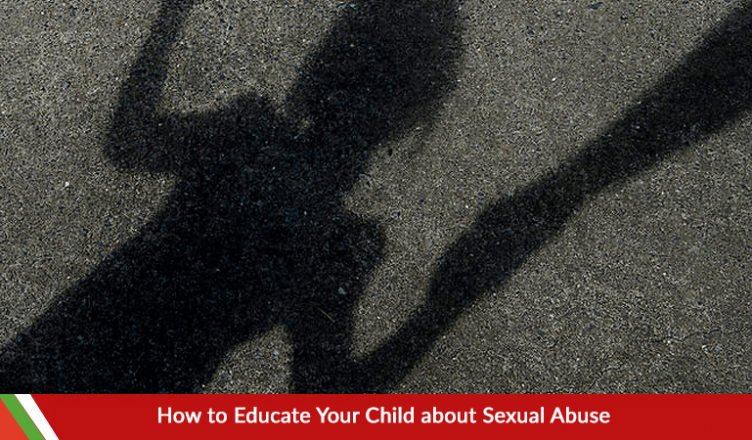 Child sexual abuse is increasing at an alarming rate in India. Although POSCO (Protection of Child from Sexual Offences) Act and a National Database of Sexual Offender (NDSO) has been enacted, children are far from protected against sexual abuse in India. According to NCRB data for 2016, the incidents of rape and sexual abuse involving children surged by over 82% as compared to the previous year. Parents are the first source of a guideline in this case and it is essential for them to talk to their kids about the sexual abuse. Here are a few pointers that can help parents on how to educate their kids about this menace.

The early you engage your kids about the sexual abuse talk, the better it will be for them in their life ahead. If you don’t break that ice now, you won’t be able to create that friendly bond that lets you share your thoughts and feelings with them frankly. The best achievement would be to make your kids believe that no matter how little a thought they wish to share with you, you must be there to hear that. In this early stage, you can teach them about their boundaries and appropriate behavior at this age.

Introduce them to Human Body Without Shame

Tell your kids the correct names of their body parts and discuss the human body with them. When discussing, if they ask any questions about their bodily functions and sex, answer them without any shame in a normal manner. Advice your kids not to sit on someone’s laps or give hugs and kisses to even the relatives. If your child is not comfortable about this, don’t force them to know about this and discuss that at a later stage.

Allow them to be Expressive

Some parents punish the kids for telling the truth. This is detrimental to not only the parent-child relationship but also to the confidence of the kid. So do not discourage them if they share something odd with you. By upbraiding them you are actually teaching them negative reinforcement about truth. As a result, they will start hiding things from you. So do the opposite and encourage them to tell the truth and talk to you without any fear. By developing this rapport, they will always tell you the truth without hiding any facts. But don’t just stop here. When your kids share the truth with you, listen to them and act on their inputs. Don’t just brush aside their apprehensions. Especially if they are about a person who interacts with your child frequently in your absence.

Here comes the most important facet to discuss. Privacy is something that must be explained to the kids before they get to know more about the world around them. Tell them that only they are allowed to touch their body party, especially the sexual body parts. Obviously, there are exceptions like doctors or someone approved by the parents who can examine you for health and hygiene-related reasons. But no one else is allowed to touch their private parts. Forbid them to show their body parts to anyone else, no matter what. If anyone forces them to show these parts, then they must report that to the parents immediately. Besides advising them about their privacy, it is equally important to tell that not to look at someone else’s private body parts either.

The Good Touch vs Bad Touch

You must discuss with your kids about the inappropriate touch. Tell them at this early stage that anything that makes them uncomfortable is not okay. This is important for them to understand as nobody has the permission to touch them with or without wearing the clothes. Sometimes, a touch might even feel good in the moment and they may not feel it inappropriate. In such cases, children often opt not to share these incidents with the parents as they may blame themselves for feeling that way but it is important to tell them otherwise. So whoever the person is and whatever good or bad they feel about the touch, they should tell this to the parents immediately.

Teach them to Say “No”

Tell your kids that they are not obliged to please everyone so they should not do anything that any person tell them to do. Tell them to say a clear “no” to anyone in an awkward situation. Tell them to warn the aggressor by saying “Stop here or I will tell my parents.” Also, teach them to say “My parents are coming to pick me up” to the strangers in a particular situation.

Always believe in what your child shares with you. And when you kid tries to tell you something then validate this. It will instill confidence in your kids and they would deposit more trust in you. Do not force them to hurry up when they seem hesitant in sharing something with you. They will speak out the truth when they felt comfortable with you. Tell them that they have your unconditional support and you believe in them.

Child sexual abuse is a scourge of society. Social media and online presence have given birth to new crimes. If your kid has a mobile phone and you care about their safety then use Xnspy to know about their activities online.