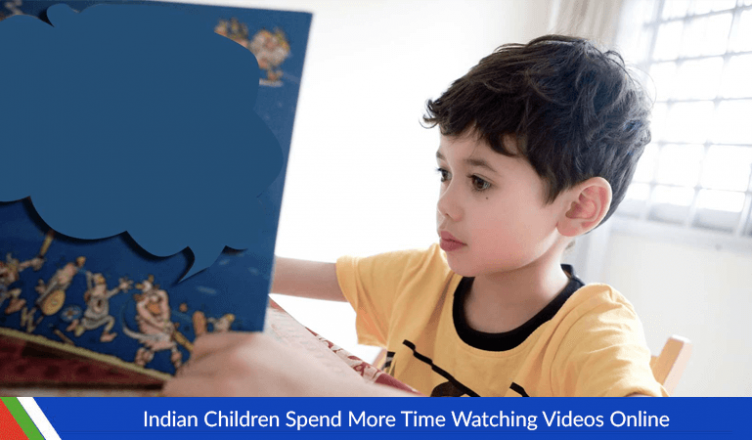 If you think your child has been surreptitiously spending more time on social media since you bought him his new tab, then probably you need to have a second thought about it. Children in India are interested in streaming videos online more than any other thing. At least that is what revealed in the latest report released by the Kaspersky Lab Solution.

The security company monitored the online activities of about 60,000 children between the month of June and mid-August, this year. This data was collected through the parental control feature of the company. Parental control apps, like Xnspy, keep a record of the content children search for but do not allows the children to access it. Kaspersky also used its database to compile numbers behind all this content. The report included data from adult content, violence, weapons, narcotics, religious affiliation, news media, and alcohol.

Breakdown of the stats revealed by the report

The report shared some interesting trends about the children’s online habits. The report shows anonymized data on websites visited from Android and iOS devices, from PCs and Macs during the stated months. It also shows the search activity on the devices used by the children.

But the most surprising stat was a whopping 40.98 percent of the kids who watched video content and listened to music than spending time on social media. It seems like kids this summer vacation spent their time more on streaming media online. The research revealed that children spent more time using YouTube in particular. Among the YouTube interests, children spend more time watching the blogger, PewDiePie. Kids also spent time watching various online TV series on Netflix. The younger kids preferred to watch Nickelodeon, Cartoon Network, and the Disney channel.

As for the music category, children spent most of the time on streaming services, such as Spotify, SoundCloud, and iTunes, to enjoy their favorite music. Interestingly, rap was the most popular genre searched by the kids. The report revealed that the death of famous rapper XXXTentacion in a drive-through shooting this summer resulted in an upsurge in search for information about his death. That was followed by an increase in rap music produced by the XXXTentacion. Children preferred his music more than any other artist.

In the news media, children visited BBC, CNN, and BuzzFeed more frequently. Another hot trend in the news media was the FIFA World Cup Football 2018. Kids spent a good time checking the latest updates and scores from the tournament. However, children around the globe showed more inclination towards the Fortnite game, taking over PUBG as the most popular game online.

Concerns shared by the report

It must be noted here that around three percent of the kids searched for adult content online. This signifies the importance of using a parental control app to control the growth of this trend among the children. Using a trustworthy parental control solution would help in mitigating many rising concerns among the parents.

The statistics obtained by the report show the present day interests of children and teens around the globe. That is why the security company recommended using a parental control app not only to block the dangerous content but also to assist the parents in recognizing their children interests and passions. Xnspy is amongst the better parental monitoring apps that allow the parents to completely manage the cell phone activity of their kids, including their internet usage. This knowledge helps the parents to promote better family relationships and encourage open dialogue to averts serious threats like sexting and cyberbullying.