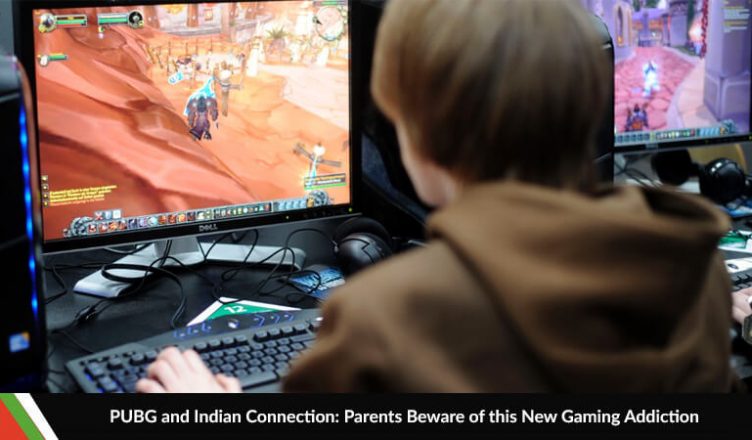 There has been a lot of talk about the increasing smartphone use of kids and their screen time. Though a lot of factors have contributed to the increasing interest of kids, including video streaming and social media, games are thought to be the most enticing factor of all. Android gaming industry is a multi-billion-dollar industry and kids are drooling over mobile games. Every other game is a hit overnight. Pokémon Go was a huge hit a couple of years back but it also took a few lives and was subsequently banned in some countries before children lost their interest in that game.

The latest mobile game fever to hit children in India are two popular games: PUBG and Fortnite. PlayerUnknown’s Battleground aka PUBG is currently the most popular game on the smartphone. The game has been developed by Chinese developer Tencent and has millions of users around the world. Its popularity on the mobile phone has prompted the company to launch its PS4 version as well. The game is so popular that it keeps its users glued to their smartphone screen for hours and these effects are also visible in India now.

Indian smartphone users are spending more time playing games on their phones than watching new shows on Netflix. According to a new report “The Power of Mobile Gaming in India” by the Mobile Marketing Association, three out of four gamers in India play mobile games at least twice every day. The popularity of gaming can be gauged from the fact that it has eaten into the prime-time slot once occupied by the TV. According to this latest report,

“With over 250 million mobile gamers, India is one of the top five gaming countries, globally,”

It states that those who play games mostly consume the prime-time slot and keep playing until midnight. It says that most of the gamers admitted that PUBG is their most favorite game, the one they play the most. Although the game was released in March this year, PUBG has won accolades across the world and collected several gaming awards. The fact that the game is battle royale-style multiplayer networking game, makes it more interesting for its users. The report goes on to claim that India is among the world’s top five gaming countries having close to 250 million users.

The report also sheds light on the advertising potential of the games in India. According to the report, mobile gaming is responsible for a revenue stream of about $649 million. But this figure is soon going to see a spike and touch $815 million by 2020 and $943 million by the year 2022. As the mobile market in India grows, it will form a major chunk of total advertising revenue. This revenue is the biggest reason why developers are working more on mobile games.

Bans in schools and institutes

Though games are healthy activity but playing beyond a certain time is certainly harmful to the children. As the report says that three out of four users play games twice a day and spend more than 60 minutes time on playing them. Although the game is popular among all age groups, kids and teens are particularly the ones most impacted by the popularity of this game.

Several schools and institutions have come forward and banned the game in their premises. The Vellore Institute of Technology recently issued a circular banning its students from playing the game on its campus. The Associated Management of Primary and Secondary Schools in Karnataka (KAMS) have set new rules for the schools under its jurisdiction. It has made mandatory for the schools to get self-declaration from the parents or the guardians of the children that they do not encourage their kids to play games like PUBG. Internet game addiction is becoming a growing concern in India. Though they are not allowed to bring their cell phones in the school, it is difficult to monitor them when they are at homes. This is why having a monitoring app like Xnspy on the smartphone is becoming a necessity for the parents to control their kids’ smartphone indulgence.

While there are various PUBG championships being held across the world, parents need to be more vigilant about this new sensation and monitor the child’s smartphone use carefully.