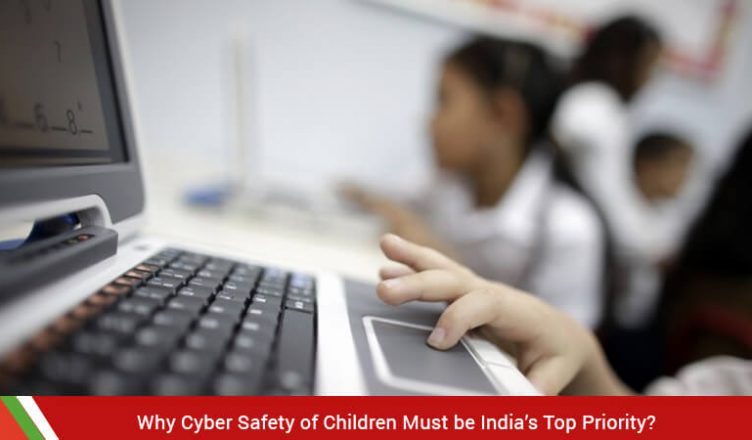 Cyber safety is a pressing issue all over the world. Countries are developing and maintaining cyber armies in order to counter and contain the ever-growing threat of cyber attacks. Though protecting online information at larger scale is necessary, what governments and public, in general, care less about is the children, especially in India.

India has a population of over 470 million children under 18 which makes it a country with the highest child population in the world. With the internet explosion and greater smartphone access in the past couple of decades, more and more children are becoming a part of the cyber world.

Shall we not be happy about the digital empowerment of our kids then? Indeed, we cannot elude our children from technology, but considering the variety of cyber threats facing our children, we must pursue the cyber safety of our kids as a matter of national concern.

Indian children: The Most Cyberbullied in the World

India has been constantly ranking highest in the cyberbullying indexes in the world from the past few years. According to research carried out by a UK-based group Comparitech, India has recorded the highest rate of children falling victim to the cyberbullying in 2018. In 2018 alone, the incidents of online bullying have surged a great deal. More than 37% of the parents admitted in this research that their children have been a victim of cyberbullying at least once. This figure is 15% more than the one recorded in 2016.

Comparitech’s latest consumer tech review’s findings were based on a total of 20,793 interviews conducted across the world. These interviews were conducted between March and April 2018. According to the report:

“Indian parents remained among the highest to express confidence that their children were cyberbullied at least sometimes, a number that only grew from 2011 to 2018”

The other countries in this research report have shown resilience against cyberbullying threats. For example, the incidents of cyberbullying in the U.S. stood at 26% in 2018 as compared to 34% in 2016.

How cyberbullying occurs in India?

While there isn’t enough research to find the growth of cyberbullying in different parts of the country, there is some data about how it occurs. Before the social media and internet forums came, those who bully looked for opportunity and attention.

The internet has provided another window of opportunity to those who want to bully others. In fact, people who bully no longer need a physical presence. Using the internet as a platform, they can bully a much larger audience which can spread faster. Moreover, online bullying offers immediate gratification in the form of likes, shares, and tweets. The “piling on” effect that precedes such situation adds salt to the injury. Those bystanders can have a significant impact on a prevailing negative situation.

Additionally, social media is now the most favored medium for cyberbullies. It allows them to bully the victim among their friends and family. The impact of the comments is hard-hitting.

Impact of cyberbullying on the children

Cyberbullying can leave lasting impacts on the physical and psychological growth of the children. Some of them are hard to ignore not only for the children in India but for the world overall. In extreme cases, many cases of cyberbullying have caused suicides among the children. While these bigger risks are serious, the smaller ones must not be ignored as well. According to a study, a number of bullying victims were susceptible to substance abuse and nonviolent delinquency. As a result of cyberbullying, students start feeling insecure in school or public places. Psychologically, cyberbullying can significantly lower the motivation levels of the students thus hindering their growth and innovation by affecting their personality.

Here are a few steps that can be taken to prevent cyberbullying:

Streamline their social media use: Social media is a ripe platform for spreading hate and incite violence. Recent mob lynching incidents in Assam were caused due to fake news spread through WhatsApp. Inauthentic messages circulating on the social media carry great risk to the security of your child. Parents must use parental monitoring apps on the cell phone of the kids to know their social media activities. These apps allow users to monitor the kids’ social media chats. Parents can find out who is inciting their kids and can even block those contacts on their phone.

Support and educate: While parental monitoring solutions can control the cyberbullying in the short-term or at least during those tender years, discussing and educating your kids about the bullying can go a long way in strengthening your kids against this evil. Sustained support and advocacy have a transformative impact on children in countering the online risks.

Finally, media and information literacy must be made a part of the children’s curriculum. Children are themselves becoming sensitive to the matter of online safety. Improving their knowledge and attitude can prove to be the single most effective remedy to online dangers.