Skip to content
XNSPY Official Blog > Child Monitoring > Is it safe to share your child’s photos on social media? 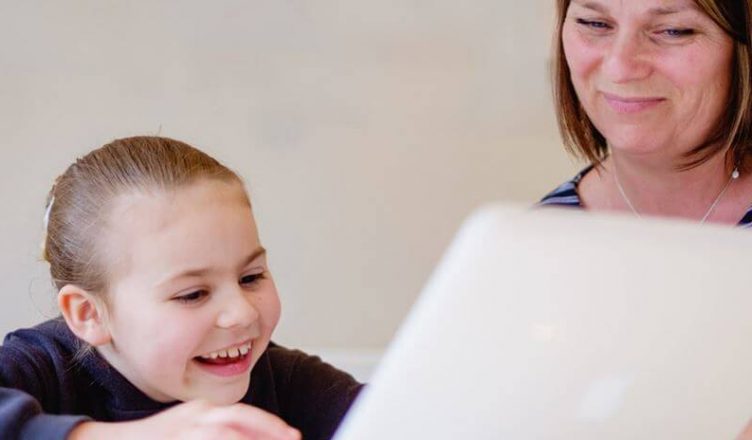 Nothing seems wrong with taking family pictures and posting them to Facebook. Wrong! But, but what could go wrong with posting your child’s photos on Instagram? For one, you might be putting your child in danger! But there’s more.

It is understandable for parents to share their child’s picture with friends and family. What could possibly go wrong? Social Media’s Privacy Policy is often not clear to users, and honestly, we don’t pay much attention to it. Posting pictures online can be used by others including the websites themselves in negative ways.

Before you post your child’s photo on Instagram, read on to gain insight into what could happen.

Since Facebook is one of the leading social media applications, we will be discussing it in this section.

Regardless of your privacy settings, all of the data that users upload to Facebook is available to the site. Information such as name, age, date of birth, and email ID are available on the platform. Pictures that you post are used by the social media platform, for its facial recognition algorithm. Facebook has the largest database of human faces, and its facial recognition algorithm is one of the best.

Facial Recognition algorithms train on a huge amount of data. Facebook gets labeled data from its users which trains the facial recognition algorithm. Hence, identifying people in a picture. Facebook may be collecting data on your child, even before they have a social media profile.

Despite reassurances from the User Privacy Policy of Facebook in protecting the data of its users, the Cambridge Analytica Scandal is enough for people to mistrust the tech giant. Cambridge Analytica used data, provided by Facebook, for political purposes. Facebook was SELLING users’ data to a third party, and it likely gained profits from it. Your child’s photo could have been in that data while it made profits for a company. No responsible parent would be okay with this since your child’s photos are your property and not for some company to run algorithms on it.

According to an article by The Atlantic, Facebook has shared user’s data with Amazon, Bing, Netflix, and Spotify, in exchange for more user data. So the data that you share on Facebook is not just used by Facebook but also by its so-called “partners.” Under the guise of providing better services to people, Facebook admitted to sharing user data with its integration partners. Though this may not seem hurtful to people, it goes onto show that what you share online is not protected.

When users sign in to Facebook, they agree to the platform’s Terms and Conditions. But your child’s data is another matter. At a young age, your child does not understand the implication of sharing information. Their consent has not been taken into consideration and so when they grow up, will they be ok with it?

Data is today’s currency. Without data, these tech companies would cease to exist. In today’s world, every decision is made using insights gained from data. With users injecting about more and more information onto the platform, what makes us think that Facebook may not be using our child’s photos and selling them to third parties. As a parent, would you be comfortable with that?

With people of all backgrounds on the platform, the pictures of your child on an online platform could lead to drastic consequences.

Photos of your child could lead to digital kidnapping, where anyone can steal your child’s identity. Baby role-playing (#babyrp) is a disturbing trend on Instagram. It involves a user uploading pictures of a child with a fake description such as age, likes, and hobbies. The purpose is to have the child adopted online. People comment with different scenarios and role play as a parent or as the baby. The context of these scenarios is in some cases sexual and abusive. Although Instagram tries to block these accounts, they regularly pop up with different IDs.

In several cases, parents found others inappropriately using their baby’s photos. Imagine if someone used your child’s picture in this way.

According to Dr. Kristy Goodwin, “It has been suggested that 50% of images shared on pedophile sites have been taken from parent’s social media sites. We lose full control of where our kids’ photos end up when we share them online.”

Linda Geddes says in an article that as adults, parents agree to the privacy policy. But children are unaware of the privacy policies, and they can’t provide their consent to share their pictures. Information about our kids that we share could come back and haunt them in the future. It raises questions for parents. Will our kids hold us guilty for posting compromising and often embarrassing pictures on the internet? Will they look back at these pictures with anger and disgust?

Victoria Nash at the Oxford Internet Institute says, “There are two things to be careful about. One is the amount of information that you give away, which might include things like date of birth, place of birth, the child’s full name, or tagging of any photographs with a geographical location – anything that could be used by somebody who wanted to steal your child’s identity.

The second issue is more around consent. What type of information would children want to see about themselves online at a later date?”

This is why parents need to be careful with the information that they share online. They should understand the implications of sharing photos, statuses, and other information about their kids. For the privacy of our children’s future, parents should refrain from oversharing.

Below are a few things that parents could do to ensure their child is protected from online threats: