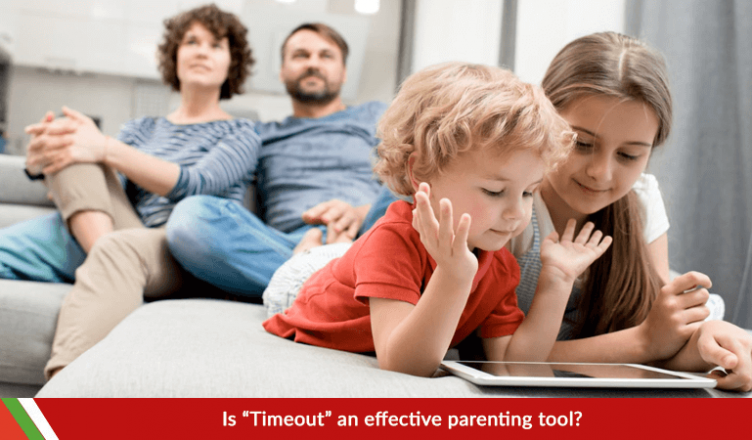 Toddler parenting is one of the most stressful phases in a parent’s life. Both toddlers and preschoolers are still getting the hang of how to independently regulate their emotions as they grow up. It seems like parents are striving to develop a combination of warm and firm parenting.

Parenting is a tough job, and when a child is difficult or has behavioral issues, parents are often in turmoil as to how to best handle it. An easy option is to give your child a time out for behaving badly. Time out is a parenting strategy which is misused and misunderstood often. The strategy involves removing your child from the situation where he is acting out. You make him sit in a corner, on a chair/cushion in the same or other room while telling him that he is in time out because of his behavior.

The Brief History of Time out

Back in the day, the main disciplinary tools parents used for corporal punishment were spanking and a few others. They remained so till centuries until the 60s arrived. It was then researchers began to look into a new option: the time out.

The time out has had its share of criticism and controversies, but it is now among the most mainstream disciplinary recommendation for the children. A strong science supports time out only if the parents use it in the right manner. And along with that, focus on the positives as well.

Mark Roberts, a professor of clinical psychology, has comprehensively researched time out and he says that it is only punishment. So, the goal is to control certain misbehavior. Time out is part of a treatment package.

Why do children act out?

Mostly a child needs his parent’s attention all the time. And this includes glares as well as loving glances. A parent’s attention is everything to them. It is common knowledge that any human behavior that is rewarded or reinforced in some way increases in occurrence.

For example, when a child throws a tantrum, parents unintentionally reward him by giving him more attention even if involves yelling at him or stopping him from doing something. At the same time, children get a lot less attention for positive actions that call for appreciation and praise (such as helping a sibling, sharing toys, asking for something politely).

Clinical evidence reveals that time outs don’t work until and unless parents also make a habit of exercising time-ins. Time-ins are positive. Sometimes gestures of good behavior such as touching your child shoulder/head, patting them on the back, smiling at them or saying a word of praise to them goes a long way.

The Right Way to Time out

Time out is a brief, pre-arranged, and conscious withdrawal of parent attention when the child does not listen to parents and fails to comply with clear instructions. To make him listen, parents first have to ensure that their instruction is clear and also appropriate such as, put your toys in the basket. Give your child some time to comply.

If the child does not follow, then repeat what you want to get done. Calmly tell the child what the consequence is going to be. Now, this isn’t a threat but informs the child about what will happen. And it gives him another chance to comply if he did not listen attentively for the first time. Wait a few seconds if the child fails to comply after this warning. Then, without a fuss, move him to the spot which you have reserved for a time out.

The purpose of a time out is to give the child some time for self-reflection and practice self-calming skills if they are being loud and throwing a tantrum. Also, it is a brief pause in a parent’s/caregiver’s interaction with a child. So do not label time out as a corner/chair or a duration, says Edward Christophersen, a pediatrics professor at Children’s Mercy Hospital in Kansas City.

You have to be clear regarding your instruction when giving your child a time out such as, stay on this seat until I ask you to get off. For young children, the period should be three to five minutes. When he has calmed down, ask him if he is ready to do what he was asked to do in the first place. If he says yes, the time out is over, and it is time for you and your young one to reconnect.

When the time out completes, ask them if they understood why they got it? Let them express their feelings and remind your child that time outs occur when they break a rule, get into a fight, or don’t listen to you.

If the child refuses (no getting off the chair until I ask you too), then the time out starts again. It is the parent who decides when the time out is going to end. Not the other way around. As parents, you need to have a backup plan if the child gets off the chair or leaves the time out corner. You can use the child’s bedroom as a backup time out place too. This is something that needs to be pre-decided, and both parent and child should be aware of it.

What if a child reacts?

A child, no matter he has behavioral problems or not, often push back when a limit is set. It is natural.  Even if you calmly ask them to time out, don’t expect them to be pleasant about it. They are going to protest, whine, shout, and even say that they were going to do what you wanted.

You must remain silent no matter what they say while being on time out. Yes, even if they are rude, disrespectful, or funny even. Do not crack a smile because it would escalate when you give them attention. Avoid getting into any discussion regarding how fair or unfair the consequence was. Your child should know ahead of time that you are going to stay silent until the time out is over.

The Proponents of Time out

According to the proponents of a time out, removing a child from an activity where he is misbehaving, and placing him a time out area or thinking chairs gives the child a controlled method to calm down.

So, when using time outs, here are a few things you might have to keep in mind:

The Opponents of Time Out

The opponents of time out can get a bit harsh regarding this method of child discipline. Naysayers are of the view that this tactic is not only overused but applied rather inconsistently. A child often has no idea why he is getting a time out. Many toddlers return to the same behavior which had gotten them a time out in the first place after they have completed theirs. The child fails to apply that punishment to his behavior.

When a child fails to make that connection, the parent tends to become irritated and frustrated. This leads the child-parent interaction to aggravate, and the child doesn’t learn anything from the experience.

These are the few reasons the opponents give as to why time outs may not work:

Balance is the key. With the right mix of time outs and time-ins, you could teach your child acceptable behavior. Allowing a child to be on his own for some time and telling them that it was because of their action makes them think about what they did. It significantly works for tantrum control too.