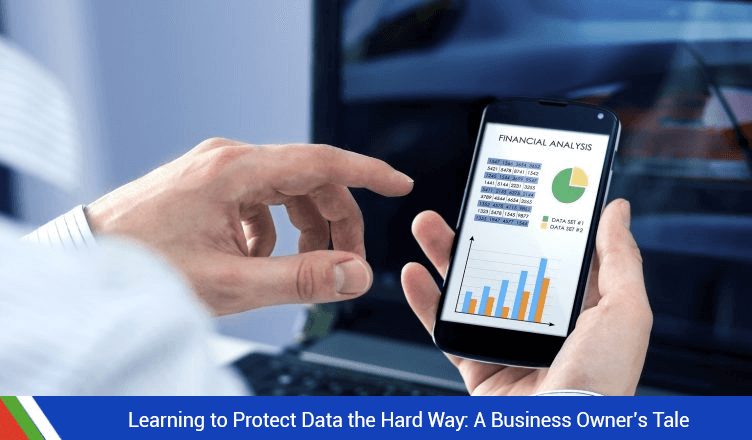 The recent Sony hack is the finest example of the fact that not even corporations with all their finest resources are safe from cyber-attacks. Granted that in this particular case, the hackers were a third party, you’ll find that most data breaches or leakages are insider jobs.

Take Microsoft for example, who had their trade secrets sold to a French blogger by a former employee.

And now, one of our own users experienced espionage the hard way. Here is his story in his own words…

I believe in taking chances, and my entire team consists of people that needed exactly this—for someone to take a chance on them. I trust my employees to do their best because I handpicked them when I started my company 3 years ago. When most startups of my kind would have failed by now, mine is doing pretty swell. Except a few months ago when it wasn’t.

Not very long ago, we started to get a run for our money from a new entrant. And apparently, they were already starting to get a pretty good chunk of the market share, too. So I had to call a meeting to really dissect what was making the company get so popular so quickly when it took me 3 years to get to that point. And that’s when we began to see the patterns. They had a pretty similar marketing idea to ours. Eerily similar. Only difference? We didn’t even have the chance to execute the idea yet!

You heard that right. The rival company had stolen a plan that was still in the works. A plan that was completely unique to us, and one that my team had come up with after months of deliberation. It’s almost like our rivals had someone give them our plans on a silver platter. And it occurred to me, that this was exactly what had happened.

I had to be sure, or way more damage would be caused. I had employee monitoring software installed on the phones I had issued to everyone. I spent nearly 6 hours relentlessly going through the data I obtained from the software to see who could’ve been outing our marketing plans. And I found the answer in the very last person I would’ve thought to check—my own personal assistant.

I found on his phone photos upon photos of contracts and plans. Emails sharing spreadsheets, minutes from our strategic meetings with the rivals. Our operations schedule defining what phases we’d take or when we’d execute plans… everything our rivals would need to stay one step ahead. And this came from a person that had been with me from the very first day of my venture, someone I had taken a chance on without evaluating the risks. Obviously, I’ve fired him now… and filed a lawsuit.

My advice to everyone reading—don’t go down my road. It sounds idealistic to take chances and believe in people and imagine they’d do the best for you. But it’s downright foolish to do so without employee surveillance. That’s just how the world of business works. I learnt this the hard way.