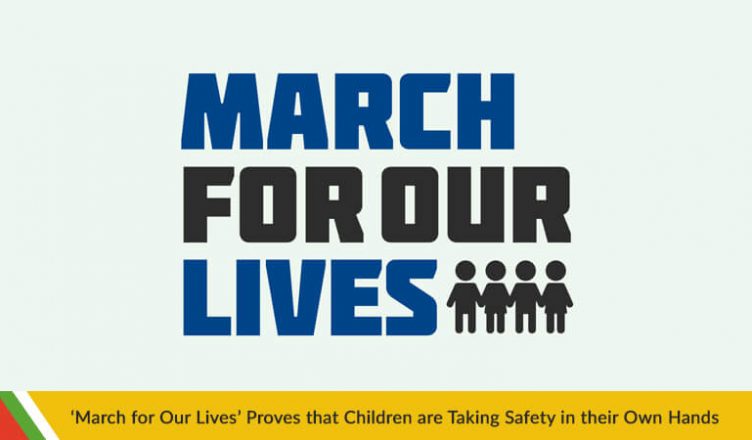 At XNSPY, we are concerned with the safety of children and how parents are able to have a better grip of safety over their children. As a parent, you can only do so much to have some sort of sense of surety, you can have curfews, tell them to come back home at a certain time, drop them off to places yourself and see them leave with your own eyes. But that’s all you can do. When they’re on their own, they are independent and have to make decisions on their own. You leave it up to them. You can trust them to know better if you’ve taught and raised t

The tragedy that occurred at Marjory Stoneman Douglas High School in Parkland, Florida saw one of the worst mass shootings in recent history with 17 were left dead an 17 more wounded. Over two dozen school shootings in 2018, the kids had had enough.

The March for Our Lives Movement has shown us that our children are more than capable of taking care of themselves and  as it is the children who lead the pro-gun control rallies across the US in one of the largest expressions of opposition in the modern age. The impact of the student led opposition was so massive that demonstrations took in 800 locations all over the world.

Led by the survivors of the Parkland Shootings, the March for Our Lives protests included young diverse victims of gun violence from all around the country in an attempt to push for gun reform. They sang, chanted and challenged their parent’s generation for an effective way to remove violence from their societies and schools once and for all.

Speakers included a diverse crowd including siblings and friends of those who had been lost to gun violence. “I’m here to speak for those youth who fear they may be shot while going to the gas station, the movies, and the bus stop, to church or even to and from school. I’m here to speak for those Chicago youth who feel their voices have been silenced for far too long.” Trevon Bosely said.

Martin Luther King’s granddaughter, Yolanda Renee Kind told the crowd:” I have a dream that enough is enough. And that this should be a gun-free world, period.”

Shortly before the event ended, Emma Gonzalez, a survivor of the Parkland shooting took to stage for six minutes and twenty seconds. She was silent for much of the duration. She then broke her silence and said that her silence was the same amount of time the shooter took to kill 17 people at her school and to silently merge into the crowd.

Victims of previous shootings were highlighted too as thousands of students marching the streets of the entire nation overwhelmed Mark Barden, father of seven year old Daniel who lost his life in the Sandy Hook shooting in 2012 was left overwhelmed. “To me, it looks like our entire nation is finally on board.”

Children and Their Safety

For children in the US, it had become increasingly dangerous to go to school just to receive an education for fear of gun violence. Not just in schools but out in the streets, at a gas station, in an alley by their favorite movie theatre,  young people are threatened by gun violence at an alarming rate and as much as parents can do to make sure their children safe when they can’t be there physically there, there comes a time when they are risk. And if they see an increasing amount of it, they will speak up about it.

The bravery of the children involved in the March is astounding as they continue to fight for stricter gun control, ensuring no one else goes through the same loss and tragedy that they did. For them to collect themselves so fast to rally the entire country together under one umbrella is also commendable.  Something we adults haven’t been able to do, our kids did for us and they did it for everyone.

Children of this generation are often wrote off as being not interested in the current issues and too indulged in their devices to do anything about themselves. Just earlier this year young people were being written off for the ‘Tide Pod’ challenge, (yes that was this year!) and yes, how stupid that may have been, teens and young people are not people who are unaware. They have proved that through the bravery of trying to change the country for a better after suffering for far too long. The leaders of the very movement and the ones who started it are children, the victims of the Parkland shooting and along with other young victims of gun violence over the years. The start of 2018 was a very turbulent time as over 15 school shootings took place where an active firearm was discharged.

We here at XNSPY rarely indulge in political content or commentary. This issue however directly correlates with our values and what parents would actually want to read and would want to know. Parents, be proud of your child for taking part in the dialogue and encourage them to take actions that would effectively keep them safe and you at ease. For it is the safety of your child that is all of our main concern.

The march lives on as activists are pushing every member of Congress to attend a Town Hall for Our Lives, which is a conjunction of the March for Our Lives and Town Hall Project which works to pressure members of the Congress to hold regular Town Halls in their districts. The main focus of the events will on gun control and gun violence. If you haven’t already taken part in raising a voice, you’ll still get an opportunity!