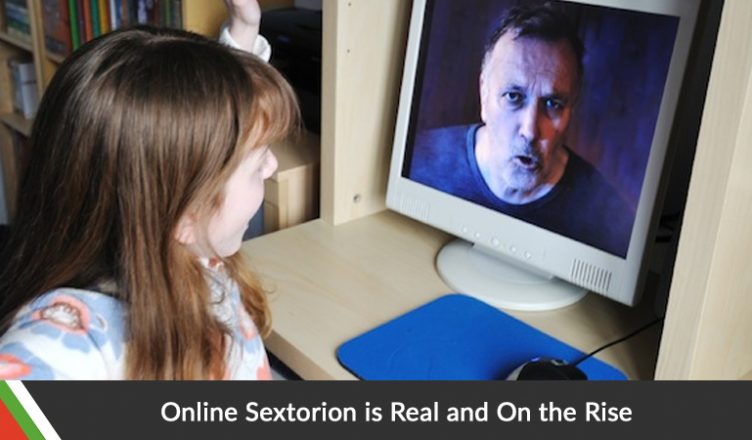 The online has become more vast and complicated than ever before. Several social media outlets pop up every year and children, who are born into this world, learn how to use these apps instantly whereas parents feel more and more left out. Eventually you have no idea of what your child is doing online, but the scary part is that most of the time, your child themselves do not realize their actions and their consequences.

Online predators and their use of blackmail who threaten to post nude photos of their victims online has grown at an unprecedented rate. Predators will coerce vulnerable victims into sending them explicit pictures and will then use the same pictures for blackmail. These sort of cases can lead the victims, who are usually young teenagers, into depression and suicidal tendencies.

The famous case of teenager Daniel Perry is evident to this growing threat. Daniel was blackmailed when he became involved in an online extortion scam with a girl who he thought was 17. It turned out to be a scam and he was demanded to pay a large sum of money or have the video they recorded of him posted online. Daniel Perry committed suicide.

A similar case of the blood-boiling events of October 2016 where a 20 year old Washington man blackmailed a woman to blackmail a thirteen year old girl. The 13 year old girl met the woman on dating sight Hot or Not when she eventually exchanged nude pictures of herself through Snapchat, Facebook and other social media outlets.

The 13 year old was then forced to send even more explicit images and was threatened to have existing pictures posted online. At first the girl complied but quickly blocked the woman on Facebook.  The 20 year old man then contacted the girl, threatening to release pictures and demanded even more explicit images, to which the girl was forced to comply.  He eventually made her meet in real life for sex, using the same threats. He then sexually assaulted her in the back of his car. He was only arrested after the girl reported the attack to her mother. This contact went started in February.

These two horrific events are unfortunately only the tip of the iceberg. Predators continue to look for vulnerable victims and some even get away with it. This is where you step in and take actions. The activity of your child on their device should not be something foreign and should be monitored.  The best most suitable way to do that is to use a cellphone tracker app. A cellphone tracker such as XNSPY will track and record calls, texts, current locations, app usage and their phone gallery. It will help you set up geo-fences to let you know if your child strays into a place where you think is unsafe. XNSPY also allows app tracking, so you are aware of what apps they use.

Your child’s safety is YOUR responsibility and you should use any tools to keep them safe and to educate yourself in online dangers.