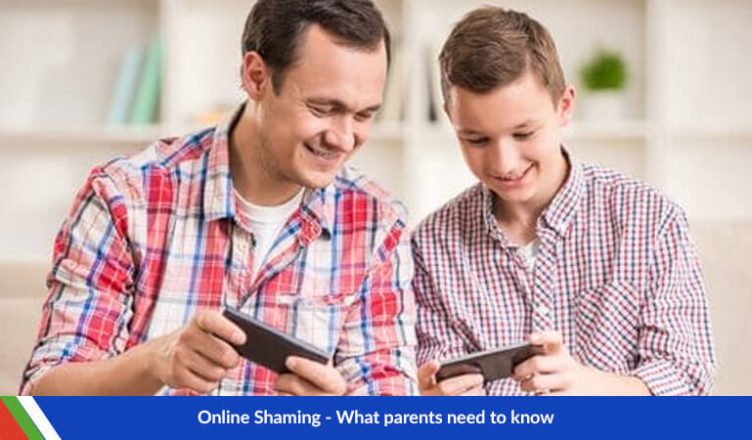 In this era of social media and smartphones, online shaming has become quite a trend, unfortunately. It takes merely a few seconds to upload a photo or video on the internet that will garner attention, criticism, and hate even. But the consequences of such actions could last for a lifetime.

According to Dr. Guy Aitchison, an Irish Research Council Fellow from University College Dublin, when people break social norms, they are called out and face public criticism. This has been going on for ages. And sometimes, this calling out is necessary as well. But, technology nowadays has allowed people to record and share an event right there and then with millions of social media users all over the world. This unknown global audience then gangs up to abuse and ridicule the person that, sometimes, affects the personal life of the person as well.

What is online shaming?

Social media has billions of users now. Online shaming is a form of online bullying that takes place on a massive scale.  And there are no criteria for this. People could be shamed online because of something they might have tweeted, shared on Facebook, or Instagram. A group of online users decides to gang up against someone and target them for what they said or shared on social media which they happen to disagree with.

The disturbing thing about online shaming is that it is initiated by a group of online users rather than someone you know. These attacks are hateful. The attackers insult, shame, and subject the person to scorn and hatred even. There have been numerous instances of online shaming in recent years which lead to even the person receiving threats.

It is very easy to get caught up in online shaming which could then lead to some serious repercussions in real life. Let’s take a look at some stats:

In a survey, 41% of the teens reported that cyberbullying made them feel helpless, depressed and sad. 26% felt alone and, 18% had suicidal thoughts running in their mind. 21% of teenagers prefer to stay at home as they have suffered a great deal of ridicule and shame online. 38% do not disclose the reality to their parents either. Not involving their parents or any other adults is a problem that has gotten experts worried for quite some time. There can be numerous reasons as to why kids don’t tell their parents that they are suffering or going through a hard time. It could stem out of feeling shame of what is happening online, or the fear of getting their phones locked out or the unlimited internet access getting blocked.

Due to all of these reasons, offline parenting is the need of the hour. It is crucial to online life. It is essential that you build a trusting relationship with your child, so your child knows that they can come to you no matter what is troubling them.

Why do people resort to online shaming?

The anonymity of the cyber world along with being part of a larger group has given birth to mob mentality. People say things to others they would not dare to in real life. At the same time, the internet provides a level of distance as well. You say what you want to say without seeing that person and the impact of your words on another person.

Quite often than not, social media audience takes the statement or joke someone shares on social media in the wrong way. A woman named Justine Saccos wrote a tweet mocking how Americans live in a bubble when it comes to things happening in the Third World. The joke was not very funny and, people reacted to it instantly. She sent that tweet moments before flying to Africa. As there was no internet access for about 11-hours, she had no idea that she had sparked very strong reactions. And within hours, her tweet was shared and re-tweeted a thousand times without giving her a chance to take it down or defend herself. People insulted her and called her a racist among other names.

As her plane landed, people who were living in the surrounding areas came to the airport so that they could post her pictures. As soon as she turned on her phone, it was bombarded with texts, tweets, and phone calls. She had walked into a media storm. In just 11 days after the said tweet, Saccos was Googled 1,222,000 times and also, lost her job. She called the experience extremely traumatic and finds it very hard to interact on social media. She feels she won’t be able to date anymore.

This was only one example. There have been other cases of online shaming as well. Last year, a YouTuber Zoella received backlash over her old tweets which apparently, were homophobic and fat shaming. She deleted her tweets and then apologized.

Online shaming could cause serious damage and undermine one’s self-esteem. People can also lose their job, their reputation, and suffer major health issues, too. Youngsters are not that strong or as resilient as an adult. Shaming could badly impact their social lives and their mental health as well. Shaming doesn’t have to be global. Children already suffer enough if they are subjected to bullying in school.

The most important thing children need to learn is that they are never alone.  You have to remind, teach, and show them they are never alone by being their most profound support. Thankfully, there a variety of helpful resources, both online and offline to help both parents and children to deal with all forms of bullying.

According to Dr. Aitchison, social media companies seem to urge online shaming. He said the more people get offended and outraged, the more clicks they are going to get through advertising. When it comes to tackling the issue of online shaming, there is a lot of room for improvement. The social media giants definitely need to come up with better strategies.

He said that it is important that a balance is achieved when dealing with free speech. The social media companies could certainly do a lot more than implementing rules against privacy breaches, harassment, threats, and other abuses.

People need to come up with a new social trend against public shaming on the internet. A social norm which is not enforced by shaming.

Learn the art of being digitally savvy. Things done or said online can be taken out of context more time than you can imagine. So, always check the facts before jumping in with their point of view.

Being online often makes us think that we have the freedom to say whatever we want to. Many people actually use the internet as a mask to be nasty and mean to others. Emphasize the fact that what we say on the internet could lead to some damaging consequences. So we should only say those things online what we can easily say offline, too.

Early education and awareness of such things leads to responsible online behavior and keeps your children safe as well.