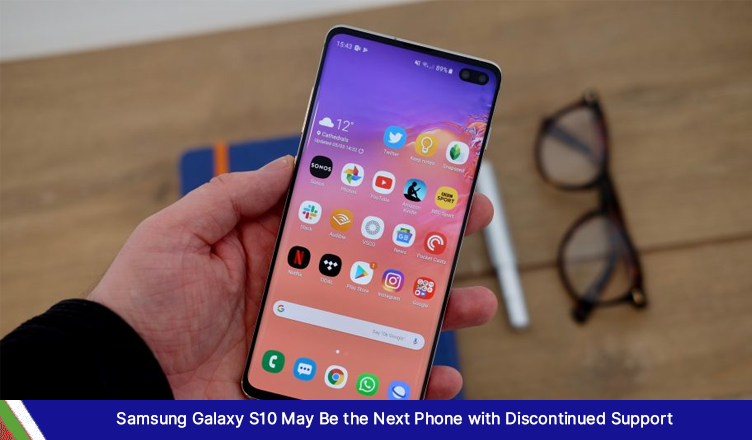 Samsung has been a leader in the smartphone industry for more than ten years and continues to push the capabilities of these portable gadgets. One of its most successful models is Samsung Galaxy S10, as well as its smaller S10e and larger S10+ variants. The Galaxy S10 continues to be a highly sought-after phone thanks to its enhanced AMOLED display, integrated waterproofing, and optional 5G connection.

Aside from AI app prediction, large storage, quick RAM, a three-camera setup, wireless charging, and 3D AR emojis, these smartphones also have other noteworthy characteristics that place them at the top of the list of the best Android phones.

Despite being three years old, the Galaxy S10 series continues to have a significant fan and customer following. The S10 lineup runs the latest versions of Android and One UI as a result of Samsung’s choice to include it in its three-year OS upgrade policy.

Will the Samsung Galaxy S10 Series get the latest OS updates?

The answer, however, is quite perplexing: You see, Android 13 will not be updated for the first four Galaxy S10 devices, the Galaxy S10, Galaxy S10+, Galaxy S10e, and Galaxy S10 5G. The four smartphones were released with Android 9 Pie in 2019, and because they were only guaranteed three major OS updates, Android 12 will be their final release.

The Galaxy S10 Lite, on the other hand, ought to receive Android 13 and Samsung’s One UI version 5.0. This is due to the fact that, while being a part of the Galaxy S10 series, it was introduced many months after the other four Galaxy S10 models and had Android 10 pre-installed. One UI upgrade is as modest as 5.1 or 5.1.1 may even come later, though it’s difficult to say exactly at this point.

What will Galaxy S10 owners be missing now?

Usually, mobile phone companies promise software updates for a certain period. Although the duration varies according to the manufacturer, Samsung promises a three-year software update with four-year security updates. It indicates that your phone is officially predicted to last at least the specified amount of time.

Samsung advises backing up any sensitive data before upgrading the software on your phone and keeping it up to date. However, what will the Galaxy S10 users miss out on after the update has stopped?

Once a smartphone has reached its software update limit, it works with the old security services and privacy policies. This implies that using a phone that hasn’t received software upgrades, even if it’s still working well after three years, is exceedingly unsafe since it might be hacked.

Moreover, after a while, when the app developers introduce new updates, those will not show up on your phone because your phone is no longer getting updates. Social media as well as banking apps will stop working on your phone. This might be the major issue Galaxy S10 users will face once the security updates expire.

What Does This Mean for Tracking Apps?

Since the Samsung Galaxy S10 smartphones are not going to get any updates from now onwards, that makes these devices vulnerable to attackers, either hackers or someone you know. Therefore, without any new security patches, the privacy system of the device can be easily accessed by anyone who intends to track the whereabouts of the device user and wants to check activity with time and date stamps.

The device’s security system doesn’t remain strong enough to point out the location of the tracking app on the phone. It is hard to locate any suspicious app on the phone that is not going to update anymore.

But, if you are using a reputable tracking application like Xnspy to know the activities and whereabouts of your child, you do not need to worry about any updates. Whether your device is updated or running older versions of the operating system, the Xnspy tracking application will work just fine without any interruption.

However, that might not be the case with every tracking app. Some below apps might stop working in these circumstances. But good monitoring and tracking apps will continue to function without a glitch and there is no need to change the phone model or go for another device.

Is there any way to upgrade your Galaxy S10 phone?

However, it is true that without the company’s support, a device can become vulnerable to attacks that can destroy or use your personal information against you. But, there are multiple ways through which you can save yourself from such mishaps, like regular checking on your phone to see if there is any malicious app that has been installed on your phone. Furthermore, by monitoring, if your phone is acting weird and the battery drainage is irregular, you can find out if someone has hacked your phone.

It is completely fine to use a device that is not further supported by the company’s updates. In case, you wish to stay updated, rooting an Android device is the only choice left. Once an Android phone is rooted, the company doesn’t support the device’s privacy policies and can’t take guarantee claims. However, doing that makes the device vulnerable to hackers and cybercriminals, as they can easily access your device and take all your personal information.

The other way around, rooting an Android phone is beneficial in many ways. Some mobile tracker apps for Android only offer advanced features in their premium packages, which require rooting. You can get all the advanced tracking features to monitor your kids, employees, and partners’ activities.

You should only expect security upgrades going forward if you possess a Galaxy S10, Galaxy S10+, Galaxy S10e, or Galaxy S10 5G, and you shouldn’t expect any substantial Android or One UI changes. Even those will eventually stop being offered, so if software upgrades are crucial to your user experience, you will need to upgrade to a newer phone. And, if you’re using a monitoring app on any of these models, there’s nothing to worry about, and there’s no need to update anything on the target phone. However, you may use the same tracking app credentials on another device if the device user has switched devices by paying certain transfer fees in addition to the basic subscription charges.