Skip to content
XNSPY Official Blog > Child Control > Sexting – Do you know how big of an issue it is? 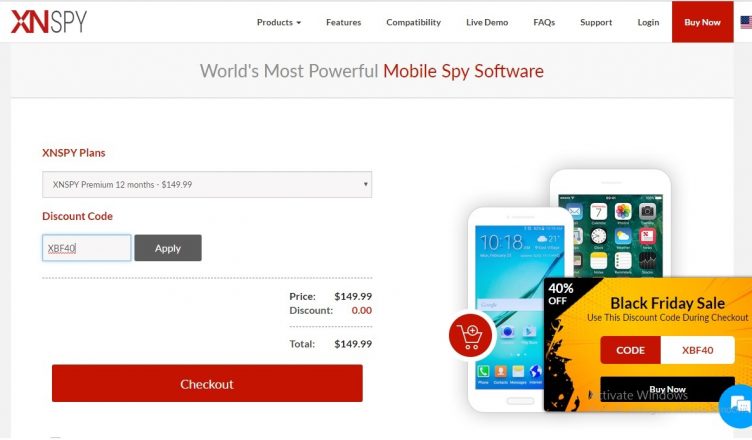 Smartphones seem to have added a whole new dimension to teenage flirting. And this comes with its own risks and downsides. One of them is sexting. Sexting is the act of sending sexually explicit images and text messages to someone. Now, when adults do it, it is more of a consensual activity that adds romance and love to adult relationships. But for teenagers, it is a big no-no.

There are numerous ways sexting could be used to exploit not only teens and tweens but, younger children as well. Therefore, a lot of rules and laws have been made to protect minors. Despite the damaging repercussions of the act, sexting seems to be gaining popularity.

Sending sexually explicit pictures or text messages between one another carries in itself a number of risks. Youngsters don’t really comprehend or realize these risks while doing so.

There are now sexting laws in many states

An adult who receives or sends sexually explicit material of someone under 18 years of age, is subjected to prosecution under the federal law. This could lead to heavy fines along with incarceration. As sexting has grown like an epidemic particularly amongst teenagers, many states now have passed specific laws that address sexting by the minors under the age of 18 and even 17 years in some cases.

More states are now considering the legislation that institutes penalties for minors including warnings, detention, fines, and probation. According to the New York Times, “Teenagers who sext are in a precarious legal position. Though in most states teenagers who are close in age can legally have consensual sex, if they create and share sexually explicit images of themselves, they are technically producing, distributing or possessing child pornography.

It was further said that in the past, partners used to write love letters and send suggestive polaroid. But this kind of sexual interaction has taken a digital form now. A large number of teenagers engage in sexting. According to an estimate, one-third of 16- and 17-year-olds have sexted, and therefore, a majority of the states have passed laws that carry lesser penalties in order to save lives from getting ruined because of being involved in this activity.

Let’s take a look at some legal and social punishments for sexting along with its effects on a person:

When teenagers are convicted for a crime like sexting, this follows them in the various areas of their lives. This includes college, sports, and even their professional life. It also creates problems while looking for a job. This leads to permanent damage to both the perpetrator’s and the victim’s reputations. This seems to be inevitable in cases, which were reported on media and garnered the attention of the masses.

Nowadays, a large number of colleges and employers carry out background checks and look at the social media to know about the prospective candidates. After finishing high school, being well-known for sexting does not really pan out for the rest of the life.

Sexting often leads to fines in thousands of dollars. And this could even go up based on the severity of the content of the sext. So, it is not only the teen who suffers but the entire family. Everyone has to bear the consequences of financial difficulties. Sometimes, things can escalate pretty badly and the stigma attached to the incident tends to have such an impact that families have had to relocate even. The cost of moving also adds to the financial burden.

Community service happens to be another common sentence for sexting. The hours a teenager spends in doing that affects his time for study and the work hours if he is working also. Even for minors, the conviction for engaging in sexting does not disappear overnight.

No matter if the state enforces particular sexting laws or not, most of them require the convicted to register themselves as sex offenders. This means that their names are added in the registry which is accessible to the public. Also, their names stay there for a long period of time in case they are over the age of minors. In most cases, 20 years is the term for registration. Another condition of registration means that the convicted person cannot reside in the areas close to schools or childcare facilities.

It suffices to say that the repercussion of sexting sometimes does not go away until a teen reaches his/her adult life. Sometimes, not even then.

The Bullying and Embarrassment

The ridicule and bullying that comes from peers often lead to the aggravation of the situation. In some of the cases, this tends to go on for a long period of time. Teens get reckless and do tens of irresponsible things without giving it a second thought. Sexting is one of them. Teenagers send these pictures when they are in a relationship without thinking that it could damage their reputation if the relationship doesn’t work out or ends badly. These pictures can even resurface after years.

Realizing and addressing the various problems sexting tends to cause, numerous states have now enacted laws for cases that involve minors. When it comes to their high school friends, many 18-year-old students find themselves on the wrong side of the law. Felony charges are levied against someone in cases of minors even if someone shares or sends sexts regarding other minors.

All those who are involved in sexting can suffer from stress, humiliation, financial issues, and criminal charges after it is made public or gets media exposure. All of these can lead to mental health issues. The victim suffers the most not only by the ridicule of friends and family but because of their mental health as well. Most of the victims who have endured bullying and shaming because of their sexts going viral, took their own lives.

In the absence of sexting laws, states have child pornography laws that involve punishment regarding sexting. These can lead to tragic results. According to a meta-study of different sexting cases and the laws regarding it, the perpetrators find themselves afoul of these laws. This subjects the perpetrators to steeper sentences even when these are mostly teens who are sexting.

Victims could get charged as well

Sexting has serious consequences. And in a few cases, things can get bad for the victims as well. An incident occurred in Minnesota, in which a sext was sent to a minor. According to the child pornography rules there, a girl was charged with the crime because she was the one who sent the picture in the first place. Although the case was dismissed, the emotional trauma, humiliation, embarrassment, financial strain along with the publicity had very negative impacts.

Nothing ever goes away from the internet

If you post something on the internet, it stays there even if you delete it. Someone might have saved, downloaded or taken a screenshot. That certain someone has the power to make a certain image, tweet or statement go viral. Some people even take pictures of the phones with their own phones to save pictures. Anyone can view these images when they are put online such as pedophiles, sexual predators, stalkers, and even human traffickers.

Teens can be charged, too!

One of the harshest thing about sexting is that there have been scenarios where consenting minors were found afoul of child pornography laws as recipients and senders of nude pictures. Teenagers can be charged for having sexually explicit pictures of themselves. In a North Carolina case, a couple took a nude photo together when they were minors. After they were no more minors, they found themselves afoul of child pornography law. None of them had distributed the image even. Both of them were charged for having an explicit picture of themselves and of one another.

All of the aforementioned facts are strong reasons to discuss the dangers of sexting with your teenager. You also need to have the talk with your child who is about to enter teenage. This is something they will get exposure of later on in their life. Sexting has become quite a normal part of relationships and flirting nowadays. The law did what it could against such acts but, as a parent, it is your job to educate your children to tread safely and responsibly when they are in relationships or on the internet.