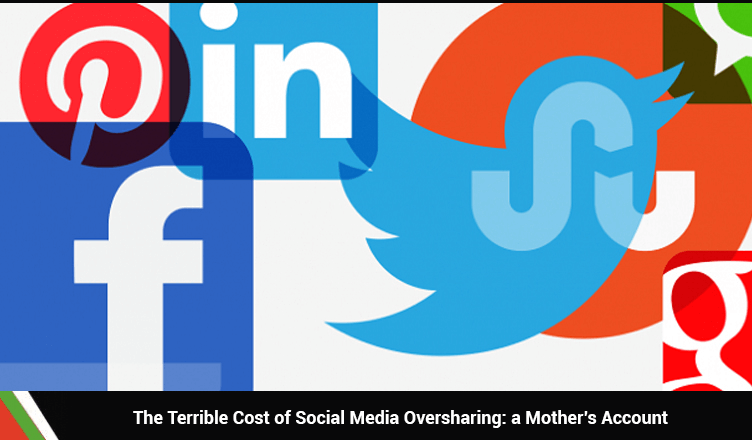 On October 29, I wrote a post about Cyber Dangers. This inspired one of our readers, a mother who wishes to remain anonymous, to share her own story with us. Hopefully, a real experience shared by our very own reader would show you just dire the consequences of social media oversharing can be.

This is a mother’s story in her own words…

I am a mother to a wonderful 14-year-old daughter. I don’t want to give her name away, but let’s call her Aly. She’s a brilliant girl—very bright, gets straight As, does extra credit and has a lot of friends. The only one of her habits that bothers me is her selfie taking obsession. She’s got over a 1000 Instagram followers and she talks about how many likes she gets on her photos all the time. I never thought much of it. She’s a good girl, and it’s not like taking pictures of herself is a point of concern. That’s what kids these days are doing, aren’t they? If only I’d known what was to come.

A few weeks ago, Aly had taken part in a feminist campaign a few kids in her school had organized. They basically spoke out against street harassment and cat-calling. Naturally, she took multiple photos of herself holding up different slogans and shared them all over Facebook, Instagram and with her friends on WhatsApp. Then one morning, she woke up to find that one of her pictures from the campaign had gone viral. This would’ve been a nice thing… but it was not.

The photo in question was of Aly holding up a poster saying ‘Stop Street Harassment’. But unfortunately, it didn’t go viral on the right forums. The photo found its way to 4chan. For those who don’t know, 4chan is the worst kind of web community, and is home to dangerous internet trolls. Disgusting gags demeaning feminists and Aly in particular were captioned on the picture and circulated until they found their way to other platforms like Reddit and 9gag. Misogynists were using it point and laugh. We even found that a website wanted to print the photo on mugs and t-shirts should this become a popular meme. And the worst part of it all? A few trolls had the nerve to white-out the poster and replace it with inappropriate words, then posted as ads on adult websites.

You can imagine the horror—both hers and mine—when we found out what was going on. I immediately went into damage control mode. I called up a friend who works in tech. He helped me track all the places the image was posted. We wrote to all web admins and told them to take the photo down. We warned everyone that the subject in the picture was a minor and that they’d get in serious trouble if they don’t. It took a few days, but eventually, most websites took it down, including the inappropriate ones.

I can’t explain to you how anxious Aly was during this entire ordeal. She couldn’t stop crying, and to be honest, she wasn’t at fault here either. She shared a picture of herself being part of something positive like stopping street harassment. For that I am proud of her. But then I realized how important it is for me to monitor her internet activity. Because while she may not have done something that was blatantly wrong, kids need to be guided on privacy and oversharing.

These are the lessons I learnt from my experience:

How did Aly even have a 1000 followers on Instagram? Did she even know half the people on there? Probably not. And that’s where she went wrong. If there are people on your kid’s friends list that you’re not sure you can trust, get rid of them.

I have now banned Aly from posting multiple photos of herself throughout the day. I’ve also limited the visibility of her photos so that only a few close friends would be able to view them.

Never let your children run public profiles. Aly kept open profiles on Facebook or Instagram because she thought it would bring them more likes on photos or posts. Make sure their personal pictures are only visible to close family and friends.

Look through the kind of content they have on their own phones. I checked Aly’s photo gallery using a parental monitoring app to see literally thousands of selfies that I’m pretty sure she was going to post somewhere.

I always assumed that because I had a good kid, I would never have to go through an ordeal like this. But the fact is, no matter how perfect your kid is, they are still children that need guidance and monitoring. Oversharing on social media is in fact a bad habit… one I would have been able to prevent if I had the right tools before. But not I’ve got my parental control app, and it’s a good precaution. I urge other parents to start monitoring their children’s devices, too.

Do you have a story of your own to share? Let us know in the comments below!