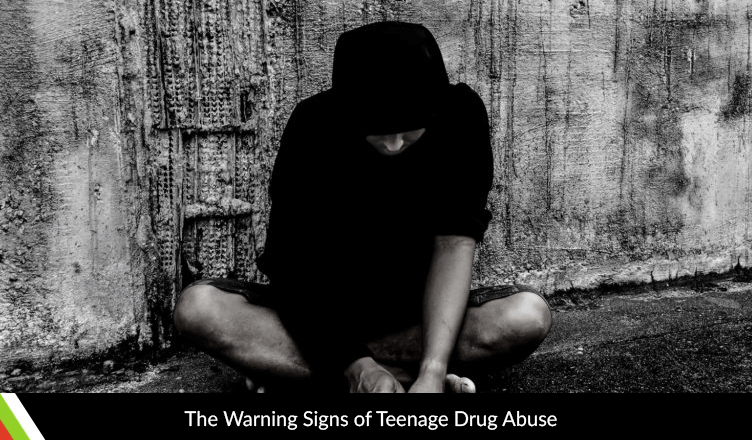 Parents are spending hundreds of thousands of dollars to fight their children’s drug addiction. It is the number one cause of accidental death in America. “Some people can throw $500,000 at the problem, and it’s not enough,” said Steve Feldman, a case manager at Feinberg Consulting in West Bloomfield, Michigan. By the 12th grade, at least 50% of teens have abused drugs at least once their life. When drugs are used at an early age, the risk of developing an addiction greatly increases. As a parent, it is important for you to remain aware of warning signs of drug use so you can help your child timely.

For many youngsters, the teen years can be a turbulent period. Young people experience a lot of physical, psychological, cognitive, and social growth during this time span. Experimentation with substance use also tends to be common during this time, but it can negatively influence healthy growth leading to a number of health issues. Marijuana is the most commonly used drug, but teens can find many harmful substances in the home like prescription medications, glues, and aerosols. Newfound social freedom, peer pressure, emotional issues, stress at home or in school, and curiosity are the major factors behind this rising risk among teenagers.

What to Look For

It is never easy to find out your teen is using drugs. Communication is the most powerful tool that can help you in this case. Positive and healthy communication can help in detecting, preventing as well as reducing teen drug abuse. If you are concerned that your teen might be using drugs, here are some warning signs to look for.

Most of the abused drugs are psychotropic. Sudden personality or mood changes are significant indicators of drug use. These include:

As a result of drug use, there are several health problems that may occur such as:

Mostly people indulged in drug abuse begin to neglect their personal appearance. If your teen is, in fact, abusing drugs, you may observe some of these warning signs:

If you are worried about your child using drugs, there are several visible signs you can look for. These include:

What to do if addiction is suspected

If you suspect your teenagers may be using drugs, the first and foremost thing you need to do is talk to them. You could have an open healthy conversation with them by expressing your concern. Try to avoid accusations, because most probably your teen will shut down and go on the defensive mode. Show your love and care and let them know that you want to help them deal with whatever they are going through.

If your child admits to using drugs, you will need to inquire further details like how often, what drugs are being used, and how serious the drug abuse is. Try to explore the reasons behind drug abuse so that you may be able to stop it before it becomes a full-blown addiction. If there are emotional reasons to be blamed, you can arrange counseling sessions or develop a plan of action to prevent further drug abuse. If addiction is suspected, you will need proper treatment for your child as soon as possible. If your kid denies using drugs, but you believe he/she is being untruthful, you can go for other ways like drug tests. When the person seeking recovery is a willing participant, treatment is far more effective. Learn as much as you can about drugs, their effects, and their pills. Convey these to your teen in a loving manner, and always tell them they are not alone.

Teens are the hope of any country’s future. Our future lies with them. More than that, they are our children, here and now. If you are worried about your teen, you must look for these indicators. Of course, not all of the above-mentioned warning signs will point directly to drug abuse. Some signs on their own may indicate other unrelated problems. However, the more signs that are present, the more likely your teen is using drugs.