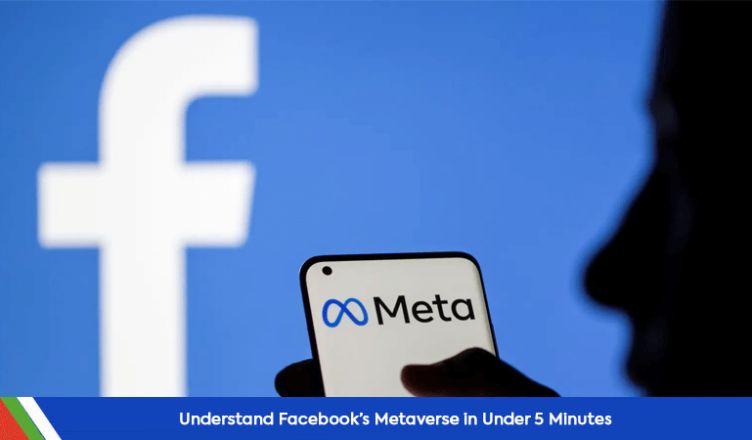 At Facebook’s recent Connect conference, the company announced its intentions to rebrand itself. The Facebook company officially changed its name to Meta. Under Meta, the company hopes to bring together all its apps and services under one brand. With the creation of the metaverse, Facebook reiterates how augmented and virtual reality will be dominant technologies in the future. Facebook also stated that the name change would mean its stock ticker shows MSYR instead of FB. And while the company’s corporate structure will not change, how they report their financials will be different from now.

In the past, Facebook has invested in several hardware upgrades as releasing its versions of the Oculus AR headsets and now making RayBans Stories glasses. The company also claims to have set aside $10 billion to create the tech required for the Metaverse.

In the demo for the metaverse on October 28th, Mark Zuckerberg showcased all the different benefits and advantages of using AR. Whether for social interaction or learning and education, a 3D interface provides users with a more immersive experience. Zuckerberg also wants Facebook to shift away from being a social media company towards building the Metaverse.

All of this comes after Facebook went through intense scrutiny because of the documents provided by whistleblower Frances Haugen. The documents proved that Facebook knew its platform was toxic, especially towards teenage girls. Some other notable points from the documents include Facebook knowing its customer base consists mostly of an aging population. It also knows how there is a tier system for handling crises depending on where in the world it takes place. Perhaps because of Facebook’s frustration at missing out on the mobile shift, they want to make sure they stay on top of wherever the next shift goes.

This rebranding is also similar to how Google announced it was becoming a part of a parent company called Alphabet in 2015. Facebook, Instagram, Whatsapp, and Oculus are all now under the umbrella of the Meta Company. Oculus is also going through its rebranding. It will replace the name Meta in all its products and apps. According to Mark Zuckerberg, this move was being planned for 6 months and was not an attempt to divert attention from any negative press.

Zuckerberg seems confident that the metaverse is a replacement for the mobile internet. In the live demo of the metaverse, we saw happy cheerful avatars representing real people, enjoying virtual concerts and videos, hanging out in the virtual world, and shopping for virtual goods. Whether its implementation will look the same way, we have to wait and see.

Perhaps by making something like the metaverse, Facebook can solve its aging user base crisis and attract the newer generation again. Additionally, since Apple and Google dominate the mobile internet, sometimes their interests do not match those of Facebook. The company needs its platform if it is ever going to control its fate and stop paying its competitors’ fees for using its services.

Another advantage of becoming Meta for Facebook is fewer regulations and rules. Since AR and VR are relatively new fields, it is unlikely that they will be regulated any time soon. And since Facebook is once again focusing on a social platform, perhaps it can avoid the political pitfalls this time around. Another advantage to rebranding is a possible fix for the reputation damage that Facebook has sustained over the years. This might be their second chance to have a lasting impact on another future form of human interaction.

However, Facebook is already facing problems and a mixed reaction from the general public. The metaverse could just end up bringing even more scrutiny and regulations over the company. And Facebook still has the monumental task of convincing people that the Oculus headset itself is a good investment outside of the gaming world.

Whether this is just a vain publicity stunt, and an expensive one at that, remains to be seen. But if Mark Zuckerberg succeeds, it would open a brand new frontier of social communication and e-commerce.