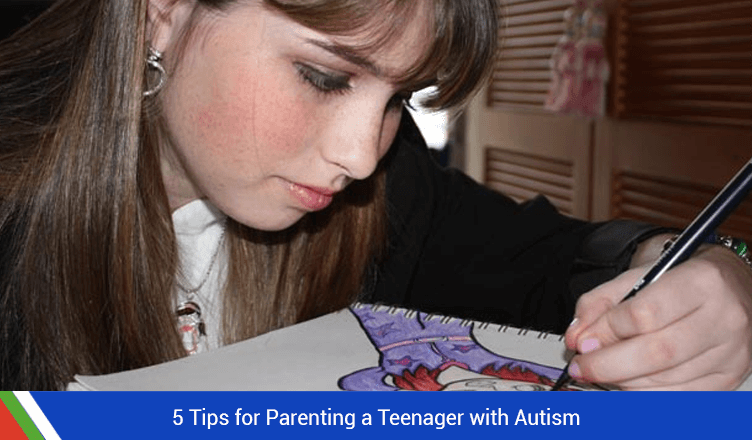 We’ve gotten to know quite a few of you XNSPY parents out there as this blog has grown as a conversation. And one thing we know is that a lot of you don’t just use this parental control as a means to discipline a naughty child. Many of you use it because you absolutely have to. When this dad wrote to us about his experience with parenting a daughter with social anxiety, it inspired us to provide you with more information. Because so many of you face greater challenges in parenting than we could imagine.

Speaking of the earlier survey we conducted, we found that many XNSPY parents are also autism parents who use the app as a safety measure. Kids on the autism spectrum have a hard time as it is. Add to it the glory of teenage—which should be quite a handful on its own—and you’ve got quite the challenge.

So here are a few important tips and pieces of advice we’ve collected from parents who have kids on the autism spectrum growing into teenagers.

The most important thing is for parents to realize that their child’s behavior as a teenager is going to be much different to what it was when they were kids. Some parents think that their child’s autism is getting worse—when in reality, it is simply mixing up with adolescence. Regular parents expect their kids to organically attain some form of autonomy and self-sufficiency by this time. For Autism parents, it is a matter of deciding how to teach them to start taking care of themselves.

This is the bit that divides a lot of parents. When children are younger, they might not recognize that they view the world differently to others. For them, it is just the way that things are. But as they grow older, they find themselves in more social situations—group projects, school dances, dating. So it might be a good idea to let them know earlier on exactly what it is that sets them apart, or what leaves them with little in common with other teenagers. Often, discovering that there is a name for the things they feel/experience can make them feel better.

Trying to figure out a future is stressful for any teenagers. But if your kid is on the autistic spectrum, it might be a good idea to start researching transition plans early on. A lot of colleges have special coaching and programs and assisted living for students with disabilities. There will also be many group guiding students on how to abide by specific codes of conduct and the like. As long as you do your research right, there is no reason for your child not to experience college or a future that they want.

You’ve got to let your child decide to what extent they can handle a social situation and when it becomes too much. Obviously, each child would be different to another. Some would want to be around their friends more—others would want to avoid any social gatherings they are invited to, or expected to be a part of. Just don’t force them to get involved in activities simply because you think it is good for them. Let them make the decision.

Your child is going to be really confused and overwhelmed by feelings caused by becoming young adults, handling pressure from school or grades. Which is why you’ve got to teach them to channel their frustration in a constructive, appropriate manner. Once again, having them talk to a counselor or another mentor might be quite useful.

Just remember that like normal teenagers, your kids, too are going to want some space. They might not confide in you in the way that they used to. But that’s because they are growing up. As long as you’re monitoring them in the right way, and being patient, you’re doing something right.