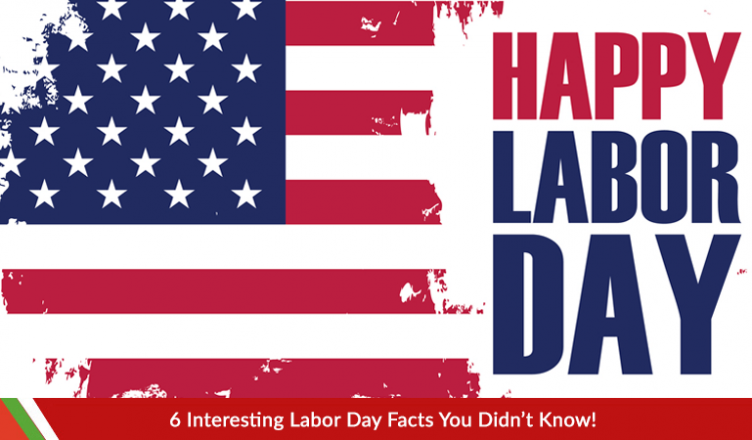 Labor Day is one of the least recognized holidays of the year – one that we seem to appreciate only after realizing it gets us a three-day weekend come September. Unlike most U.S. holidays, it is a strange celebration without rituals, except for shopping and barbecuing.

Here are six interesting facts you probably didn’t know about this holiday.

Fact #1: Who came up with the idea first?

The credit for the idea behind Labor Day goes to one of two people. According to the U.S. Department of Labor, some records infer Peter J. McGuire, general secretary of the Brotherhood of Carpenters and Joiners and a co-founder of the American Federation of Labor, first suggested a day celebrating workers. Though, some historians believe the credit goes to a machinist named Matthew Maguire, who reportedly proposed the idea while he was secretary of the Central Labor Union.

Yes, it was celebrated on September 5, 1882, in New York City planned by the Central Labor Union. On that Tuesday, around 10,000 citizens marched for labor rights down the streets of Manhattan. At that time, the average American worked for 12 hours a day, six days a week. On September 3, 1916, the Adamson Act was passed that established our modern eight-hour workday law.

Fact #3: Oregon was the first to declare Labor Day an official holiday in 1887

Fact #4: The holiday is often confused with “May Day”

Most other countries commemorate International Workers’ Day, or “May Day,” instead of Labor Day. The concept is the same, but it is celebrated on May 1 around the globe.

Fact #5: Why can’t we wear white after Labor Day?

Well, there are three theories about the origin of the “no white after labor day” directive. The first hypothesis goes back to the end of the Civil War in the early 1900s. White clothing was an upper-class luxury, but after the Civil War, it became difficult to distinguish women coming from old money and new money. The jealous old regime invented a new rule that anyone who showed up to an autumn dinner party in a white dress, for example, would be instantly outed as a nouveau riche newbie.

The second theory addresses a practical approach by pointing out that the summer season is over. So there is no need for white-summery clothes. The last theory has to do with popular fashion magazines, who may have begun promoting fall clothing after Labor Day, and the trend was picked up.

The good news is, most fashion experts believe that there is no need to follow this rule today.

Fact #6: It is a dangerous holiday, too

According to the CBS News, Labor Day is the second-deadliest holiday for car accidents. According to the reports, there was an average of 308 car accidents on that holiday every year, depending on the data from 2011 to 2015. Of course, more people will be traveling, which implies more people will make silly mistakes on the road. So be safe and pay attention out there.