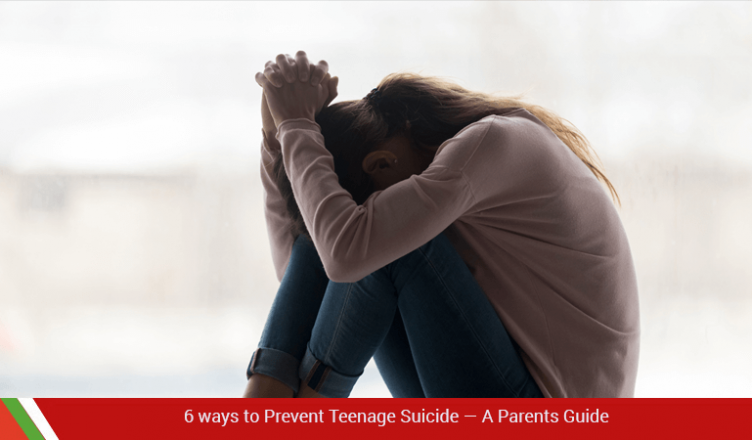 As your child grows into a teenager, it becomes more and more challenging for parents to know what they’re going through. And even as you face a challenge here and there while communicating with your teenager you might wonder: since when did the normal ups-and-downs of adolescence become something to worry about?

Perhaps this might be the best time to invest in learning how to parent a teenager that might be going through a tough time. Contemplating suicide is not a thing to be taken lightly. Prevention is paramount. And the answer lies in the preparation. The more you know about depression and suicide prevention, the better you understand what can potentially put your child at risk.

Being a parent is a job not to be taken lightly. It requires concentration and attention to detail. Preoccupied with several tasks at once, parents sometimes fail to interpret their teenager’s emotional condition. While teens do express their feelings, parents either dismiss or ignore such veiled cries for help as drama or a “phase.”

“Tragically, suicide is the second leading cause of death among 15- to 29-year-olds.”

And the numbers don’t look good. Since 1999, the rate of suicides has increased by 35 percent and is projected to rise.

Red Flags That Should Worry Parents

Teenagers in high school are on the more risky side of the suicide equation. Nearly 17 percent of high school students have seriously contemplated suicide while 8 percent have attempted suicide and failed. This worrying statistic calls for a more proactive approach to observing your teen for any sign that might lead to suicide down the line.

Teens are fragile at their age. In a vulnerable emotional state, they can find themselves acting on impulses they might otherwise regret. While adults may view a general lack of support, ups-and-downs in relationships as depression, teenagers can find themselves suicidal for the very same reasons.

However, this does not mean that your teen will directly start talking about death if they’re deciding to take their lives. The following signs may indirectly mean the same thing:

If you see one or more signs in your teens, it is recommended that you book an appointment with a psychologist for your teenager. Or if it’s serious, contact a suicide prevention organization.

6 Ways You Can Help Your Teenager Right Now

Suicide ideation (thinking about suicide) doesn’t materialize out of thin air. Subtle precursors are leading to it. And if your teen has any of the following, it increases their risk of suicide:

2. Make Your Home a Safe Space

Your home should be a safe place for your teenager. If your household has firearms, ensure that access to minors is restricted. According to a report, restricted access to guns is associated with a reduction in firearm suicide and suicide overall, especially among youth. And if you suspect you have a suicidal teen in your home, don’t leave them alone at home with any risk of access to weapons.

Teens are susceptible to negative emotions. You can help them get rid of it by indulging them in healthy activities. Parents have a lot of say in organizing activities for positive experiences. These include outdoor activities and sports. As a parent, the initiative is on you.

Treating the symptoms is a temporary solution. Unless you know the illness itself, you are unprepared. Be in a better solution to help your teen. Research the problem. Several organizations in the United States can help:

5. Talk To Your Teen

Understand that your teen will get frustrated, angry, or depressed. There are a hundred factors that can influence your child’s mental state. If this behavior (including mental fatigue) is the norm, however, then it can be a sign that your child may be contemplating suicide. It cannot be emphasized more: Talk to your teen and be open to a conversation. An open and honest conversation can help down the line and maybe the difference between saving and losing a life.

There are tons of factors that can lead to your teen’s depression. And in turn, cause suicidal behavior. These include cyberbullying on social media. Parents might find themselves wanting to monitor their teen’s online activities in a bid to help them. One of the more practical options is to install a parental control app, such as XNSPY on their smartphone.

Tackling teenage suicide can be an uphill task for any parent. It’s hard to diagnose and detect the signs even by professionals. However, as parents, you can take a variety of measures to help your teen in the most difficult time in their lives.

XNSPY is designed for parents who want to gain an insight into their teen’s online life. With proper monitoring and protection from online predatory behaviors, your teen stands a better chance from harassment.

Monitoring their online health is a sure-fire to prevent teens from doing something they might regret.