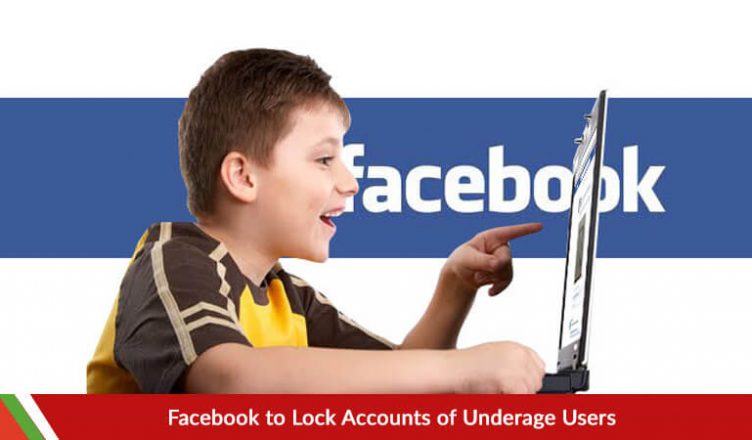 Recent news has revealed that the popular social media platforms, Facebook and Instagram, have taken a proactive approach regarding their underage users. The moderators shall now lock the accounts of the users they suspect of being under 13 years of age.

As per Facebook’s former policy, it was liable only to investigate the accounts that were reported for being underage. But according to Facebook’s latest statement to TechCrunch, some tweaks have been made to its reviewers’ policy which would lead to the locking of underage user accounts even if they were initially reported for something else like offensive or inappropriate content.

The social media giant has announced that it shall require its users to provide a proof of their age in order to regain access to their locked accounts. The problem has risen from not requiring any proof of age upon signing up for a Facebook account. This move comes on the heels of an undercover report that revealed the trainers asking the new moderators to ignore the underage users. The report demonstrated an undercover journalist’s work as a Facebook content reviewer. However, Facebook and Instagram users have to be at least 13-years-old in order to follow the U.S. Child Online Privacy Protection Act. The law was passed in 1998 to protect the children under 13 years of age from the collection of their personal information. The kids originally affected by the COPPA, are now in their 20s or 30s. The report has unraveled that quite often than not, the rules are ignored.

Majority of the social media sites and online games are also of the view that the underage users don’t lie about their age when they are creating their accounts. But it was found that when they do lie, the moderators are asked to ignore this until and unless it’s pointed out by other or admitted openly. Formerly, if the account was reported as someone who might be under 13 years, the reviewers would look into the age of the user. But now, the accounts will be locked if they are suspected of being underage and reported for review.

The locked accounts can only be unlocked if the users are able to prove that they are at least 13 years of age along with some proof like a government-issued ID. Facebook has announced that it shall make substantial efforts to lessen its underage users. The social media giant has reported of a crackdown in the existing accounts. It will take a closer look at any of the accounts which have been reported or flagged for whatever reasons.

Facebook said in a statement, “Since the [Channel 4] program, we have been working to update the guidance for reviewers to put a hold on any account they encounter if they have a strong indication it is underage, even if the report was for something else.” The policy isn’t new but Facebook has now shown its commitment to enforce these rules. There is a possibility that this news could break out in trouble for those who end up being falsely accused of being underage. But as there is no better solution available yet, this may have to be tolerated.

Using social media platforms and websites isn’t harmful. But if you are not watchful, there is no filter on the data and content your child might be able to access. Though Facebook has taken a good step to reduce access to the social media platform to youngsters, as parents, it is your responsibility to keep an eye on what your children are doing on the Internet.

Are they signing up for accounts by faking their age? Are they giving out too much personal information? You should always know these details. You need to take a cautious approach. Keep checking on your kids from time to time to see if they are responsible Internet users and use age-appropriate sites only.