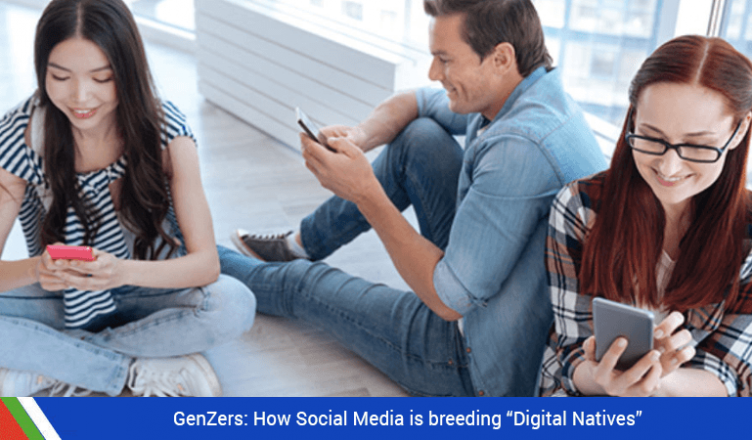 The internet has transformed our lives in more ways than we can count. Early exposure to social media, particularly, has greatly impacted the thinking of people. The study found that bright people, who began using social media at an early age, had some unique views as compared to those who came on to social media much later but were of the same age group.

The people who were the first users of social media platforms such as Facebook and Instagram are all grown up now. They have entered the workforce. They were the first digital natives. And due to this early exposure to the internet, many experts argue that this would impact the way people work, learn, and even their thought process.

Pew Research reports that in 1995, only 14% of adults had internet access. And the number jumped to 87% by 2014. It wouldn’t be wrong to say that Generation Z grew up in a time when technology was advancing at a rapid pace, and human history witnessed the most game-changing innovations and inventions during this period. It is truly the first digital generation to have access to social media, technology, and smart devices.

A Business Insider survey reveals that with the advent of personal devices, particularly the iPhone, has played a key role in the popularity of social media platforms such as Instagram, Snapchat, and YouTube among teens. The survey found that Gen Z uses these three platforms the most and Facebook in the 4th position. Over the years, Facebook’s popularity has significantly reduced. More than 25% of the survey population admitted to using the above three apps daily.

Gen Z is known to multitask, and experts argue that smartphones have stimulated multitasking culture. iPhones are widely popular among teens. In another survey by Piper Jaffray, it was found that 83% of teens owned an iPhone. Also, the phone has become more of a requirement than a luxury. iPhone has facilitated the use of these platforms beyond a laptop or PC that has made a huge impact on multitasking.

Since Gen Z has been using smart devices since they were babies. Gen Z spends an average of 3 hours and 38 minutes online that is 50 minutes longer compared to an average Internet user.

Insights into Gen Z and Technology and Social Media Use

Here are a few facts regarding Gen Z and how they use technology and social media apps:

Here are the top cellphone activities of Gen Z:

There are not a lot of GenZers have to do in terms of getting information, communicating, or getting in touch. That’s why they favor the small updates on Snapchats, the curated newsfeed on Reddit, and neat little threads of Twitter topics. The faster they can consume content, the better for them.

The internet has transformed our lives in more ways than we can count.