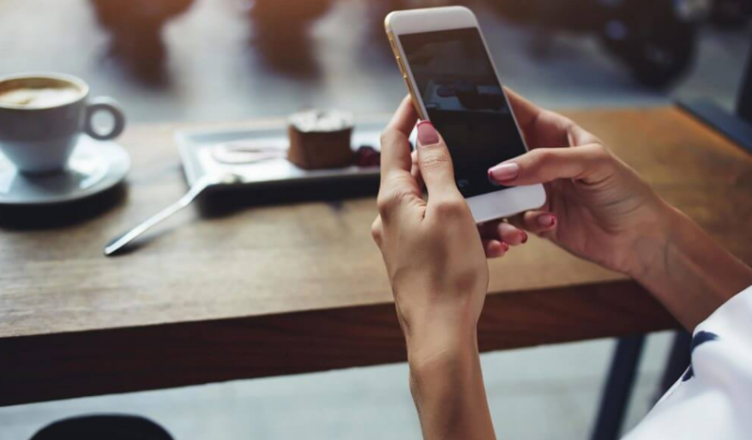 Today, I wish to highlight the importance of one of the features of the XNSPY app: Location Tracking and Sharing and just how useful it can be. In this case a woman used this tracking to save her life and get her kidnapper arrested by the authorities.

Thinking quickly the kidnapped woman Jaila Gladden used her phone and sent her location to her boyfriend who was then able to get the police to her location. Now if you ask me, location tracking and sharing pretty much saved her life here. If it were not for what she did, she probably would have been murdered. Location Tracking and Sharing is a very surefire way to let your loved ones know just exactly where you are without spelling out a long address – which is some situations might be the difference between life and death.

Warning: This story contains graphic details which might disturb some readers.

Jaila Gladden’s Story and how Location Tracking Saved Her

This story comes from Carrolton, Georgia where Jaila Gladden, a senior at the University of West Georgia was kidnapped, raped and almost murdered. But because of some quick thinking from her, she was saved from her would be murderer.

Jaila Gladden left home at about 11:30 pm to her local grocery to purchase some medicine and other items for herself. Gladden had been posting videos of herself on Snapchat just before paying at the counter of the Kroger store she was at and leaving. She was walking back to her car in the parking lot, she recounts, when a man asked her for a cigarette lighter.

She told the man that she did not have one and continued walking to her car. When she got to her vehicle Gladden says she felt a knife press up against her abdomen and the man from before who had asked for a lighter told her to get inside her car. She immediately complied and got into the passenger seat through the driver’s side with the man following suit and getting behind the wheel. The man then asked Gladden if she knew how to get to Atlanta. Carrolton, Georgia is 50 miles from Atlanta.

The man now identified as Timothy Wilson, drove Gladdens green Honda Accord and parked behind an old abandoned church and told her to take her clothes off. Gladden cried and pleaded with him but the man would not be hindered and even told Gladded that “there was no purpose in crying” The man then raped Gladden in the car. The man then continued to drive and told Gladden that he needed money and was going to rob a gas station to get it.

Gladden then told him that she could not guide him to a gas station if she did not have her phone. She said if she had he phone she could have used Google Maps to guide him to the nearest gas station. The man handed back Gladdens phone to her and it was then that she immediately shared her current location with her boyfriend Tamir Bryant. Gladden said, “It was the most logical thing to do”

Bryant immediately responded asked why she was in Atlanta. Gladden replied “Kid napped”.

Bryant immediately realized that Gladded was in trouble and headed over to the police.  “Stop playing rn” he texted her, “I’m headed to the police station” It was this quick thinking by Gladden that now had set authorities after her kidnapper and herself as well. Gladden had saved her life already but it was not over yet.

Gladden’s phone was taken away from her by her kidnapper who had not realized that she was texting someone and had already shared her location. He then put Gladden in the trunk of his car and attempted to rob a gas station. He failed in doing so and returned to the vehicle. The man then told Gladden that he intended to rob a Kroger or a Walmart store in order to get the money.

Gladden again asked for her phone so that she may guide her assailant to the nearest Walmart or Kroger. The kidnapped gave it to her and she was able to make contact with her boyfriend some more. Gladden’s boyfriend Bryant said he was “freaking out” about seeing her location move along the highway. Gladden’s roommates and Bryant were able to help the police identify the make and model of the car and Bryant gave the police with real time updates on Gladden’s location. Local police shared this information with the Atlanta police.

An Atlanta officer patrolling the parking lot the kidnapper was parked in saw the kidnapper and the car. The kidnapper on seeing the police officer, sped towards the exit hitting four other parked cars and the officer’s own patrol car and also almost hit the officer as well.

Bryant says the only reason Gladden was saved is because shared her location with him and he could share it with the police. “If I didn’t get the location, who knows what would have happened”, Bryant remarked.

A Carrolton police spokesperson told that everyone should take lessons from Gladden and her quick thinking. Gladden having her location feature on and sharing her location saved her life.

This is one of the many cases where Location Tracking have saved lives. Real people are using this amazing and lifesaving feature in their everyday lives as well as emergencies. This feature was shown to be extremely useful with even the police and authorities acknowledging the usefulness of it. Location Tracking and Sharing might sound a difficult to do but with XNSPY it could not be easier to do. The Live Demo shows how it might be done quite easily.

So after reading this harrowing story you should not hesitate in using the location features in your phone especially with XNSPY.