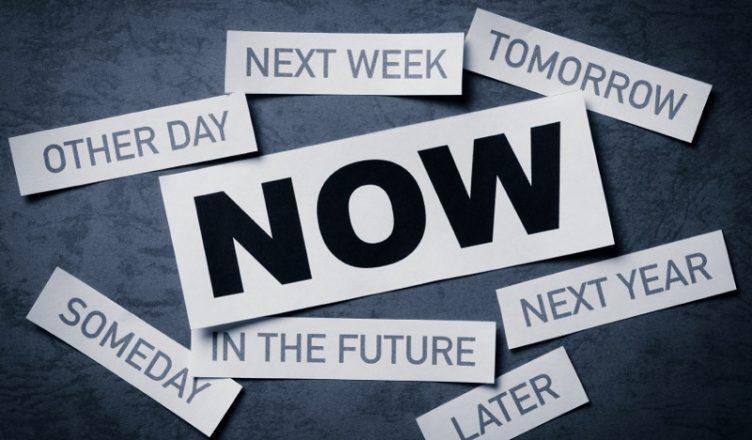 I had a ton of work to do. And by a ton, I mean I was bone deep with tasks. But the tasks didn’t have a deadline per se. Which meant that I had to manage myself and do them to my convenience. So naturally, instead of getting right to it, I decided I should

And before I knew it, I was in for it. I couldn’t make myself stop. No matter how many times I told myself “Okay, Jen, one more video then START WORKING” I just couldn’t do it. I was in an infinite loop of procrastination and there was no taking me out.

At the end of it I felt like absolute garbage, mostly because I had the most incredibly unproductive day. This is pretty ironic, since I’ve dabbled in writing about procrastination before. I know a lot of our readers are employers, and I’m telling you now, if you’ve got a few habitual slackers on your hand, they probably don’t think much of themselves either.

Which is why I told myself I’ve got to stop. Employers and employees of the world, we can fight this procrastination, and we’re going to do this together.

So I started off the next day with my head in the game. I told myself I wouldn’t fool around today at all. I didn’t stop to chat with coworkers. I didn’t take too long making coffee. I had my cup of ambition at my desk and I started working right away. And it worked because of a few reasons

Because of that, I had done most of my work before lunchtime. Now I know this may not work for everyone. Some people may have specific morning rituals they need to complete before they could start working. But I’m sharing it because it worked for me pretty awesomely well.

Another thing that helped? Listing down things I needed to do. Now there were some tasks that were routine and others that I’m given as they come by. Regardless, I made a rough schedule for everything and I made little sticky notes and stuck them all over my monitor. That’s right, not those virtual notes we make and ignore on our devices, but actual physical post ids. Getting organized was a big part of having a productive day. And I had the satisfaction of crumpling up the note and throwing it away when it was done.

Another reasons why I stuck post ids all over my laptop was… well, I kind of wanted everyone to know what I was doing. I told my coworkers the schedule I had for today because announcing it meant making it real. Announcing it also meant

Once more, this is something that worked for me. But boy, did it work wonders.

Habitual procrastinators have the “5 more minutes” mantra. And that’s what I wanted to get rid of on my productive day. It is quite easy to work for 20 minutes, then reward yourself with a 2 hour break. So I kept telling myself, “No break till task A is complete”. But then I’d move it to “No break till both task A and B” are complete. And that’s how I got the job done.

When you’re trying to have a productive day, falling back into your old habits is going to be the real challenge. Just remember to snap out of it right away. I know it is easier said than done, but really, stop yourself before you get in too deep. Pep talk yourself back into working. Remind yourself how horrible and useless you will feel about this later. Have another cup of coffee if you must. But for goodness sake, snap out of it.

Overcoming procrastination is very possible, but you’ve really got to act and make it happen. Reward yourself at the end of the day rather than after every little accomplished task. Keep yourself away from things that will distract you. Put your phone away. Don’t log into Facebook till you’ve done what needs to be done. Employers, keep your workers motivated and check in with their to-do list every day. Workers, tell yourself “Do it now” instead of later. And it’ll start happening for you.