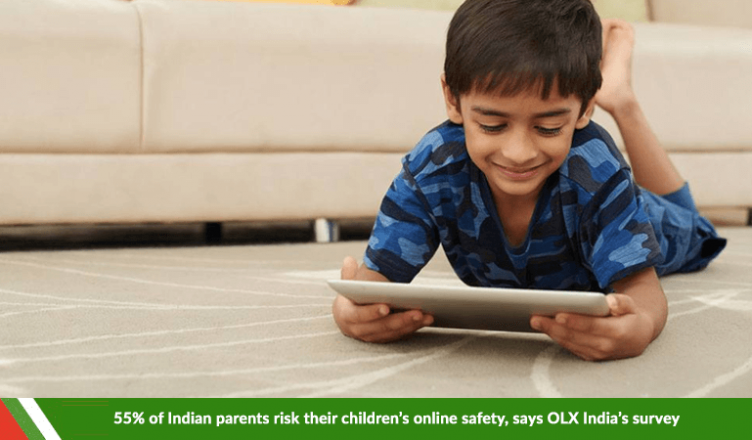 OLX India conducted this research on Global Day of Parents. This research was commissioned to understand the various aspects of modern parenting, such as digital literacy and parent-child shopping behavior. The research has studied numerous dynamics which surround the quality of the time which a parent and child spend together as a family as well as children’s attitudes towards the things which they do not use anymore. 4000 parents from Bengaluru, Delhi, Chennai, Kolkata, Hyderabad, and Pune took part in this study.

The latest study confirms another survey titled, the OLX Internet Behavior Survey, which was released a few months ago on the Safer Internet Day. Released on 5th February, the survey found out that most of the internet users do not take the necessary precautions and neglect the best cybersecurity practices in their own digital usage. Also, they do not monitor the kind of content their children are accessing online. That equals to 57% of the respondents who had a negligent approach towards their own safety, be it online or offline. Also, 60% of them admitted to not paying attention to what their children are doing online.

Akanksha Dhamija, director, customer centricity, OLX India said, “Parents are usually the primary sources of information for kids, especially in their younger years. The way parents conduct themselves online largely impacts the next generation of internet users, most of whom are youngsters.

With ever-evolving cyber threats, digital literacy is a must-have skill that parents must acquire, and inculcate in their kids. The study clearly indicates the perceived gap that exists in the know how to be safe online, not awareness. Digital literacy is the need of the hour and, we must endeavor to keep our kids safe online.”

It is has become inevitable for both parents and children to gain knowledge and know about the safety measures to keep themselves safe from digital threats of identity thieves, scammers, and stalkers. Parents must have sufficient knowledge themselves and should know how to go about these matters themselves. Only then they might be able to educate their children about the right internet safety measures. Parents should keep a check on the apps their child uses, the communities and groups he has joined and the kind websites he visits on the internet. Having a moderate, but watchful attitude, would help determine the level of precautions you need to take for your child and knowledge you need to impart to him.

The release has also revealed that the pester power has begun to impact online shopping decisions, too, and 52% of parents reported having to deal with such kind of behavior constantly.

An interesting thing to note is the fact that, even though pester power exists, more Indian parents take a cautious approach while spending money. 69% of parents reported that they act sensibly while shopping so that they can save for their children instead of getting carried away and spending too much. 31% of parents admitted to being guilty of overspending.

56% of parents reported that they make it their priority to spend more time with their children, but this parent-child time is restricted to indoors only. And mostly, this time is spent over meals.

Although pester power plays quite a role in shopping decisions, but Indian parents do make an effort to know more about products before making the online purchase. 36% of parents admitted to doing pre-research before they finally buy something online, whereas 29% of parents admitted that they always shopped on impulse and never really took out time to check out a product by researching or going through its customer reviews.

The survey reveals that, on average, every Indian household has 5 of their children’s things just lying around the house which nobody uses anymore. No doubt Indian parents like all other parents are attached to their children’s old things because of the sentimental value attached to them. But not many parents hoard these used products. 31% of parents reported that they like to keep their children’s used things while a large number prefer to give it away (43%). 25% of parents find some way to recycle these things or sell to others.