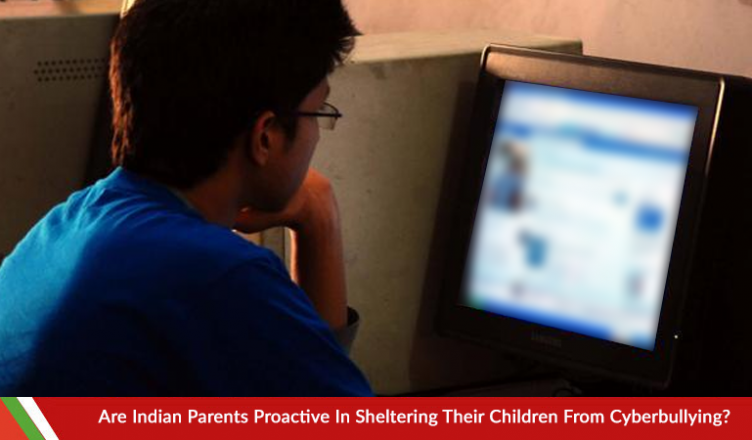 Today, there is no difference between the physical reality and the digital reality. The risks we do not dare to take in the real world, we cannot take them in the digital world as well. For whatever we do, we are and will be accountable for it. And since, as a parent, you are teaching your kids about staying safe and not interacting with strangers in the real world, you should use the same strategy to teach your kids about appropriate online behavior where they spend most of their time online. There is no escape from it. Even if you deprive your children off smartphones, their social life will not become immune to the ills of online world because their friends, relatives, neighbors, and class fellows will be connected to the online world which will obviously have its impact on your child.

Cyberbullying is one of the dangers of online world and a recent report has shown that India is the land of cyberbullies. A survey conducted by a UK-based consumer tech review firm Comparitech came to a conclusion from its data of 28 countries that 37% of parents have agreed that their child has been cyberbullied at some point. The number is highest in the world and places India in the front as a country most affected by cyberbullying. The report also stated that, “Indian parents remained among the highest to express confidence that their children were cyberbullied at least sometimes, a number that only grew from 2011 to 2018.”

This is the reason why you, as a parent, should also be concerned about protecting your child from cyberbullying. Because in the past, studies were concluded and India was always seen in the top list of countries where cyberbullying was rampant which means that over the time the problem has only increased and no productive measures have been taken so far to control it.

Most of the cyberbullying has been made convenient through smartphones who have become an integral part of everyone’s life. One way or another, everyone is depended on them. Your children or you might as well be addicted to them. Most of the times, users cannot even accept that they are addicted because according to them, they are just holding their phones in their hand and scrolling through the feed because they have nothing to do. In fact, rather than scrolling through their feed, to kill boredom, they could actually do something productive in the physical world. Otherwise, the growing habit of being active on your phones is a growing addiction. A famous example of cyberbullying in India was the Blue Whale Challenge, an online game, which bullied three people to kill themselves while two of them were rescued as reported in The Indian Express. The victims of Blue Whale challenge were all addicted to their smartphones. Their addiction, which is a psychological condition, made them vulnerable to complete all levels. That is why, phone addiction can lead to irreparable consequences. Therefore, your child’s addiction should be your main concern as their persistent wasting of time and sharing unnecessary information online can leave them vulnerable to fall victim to cyberbullying.

In a recent incident occurred in Assam, two young men were brutally killed by a mob on mere suspicion that they were child abductors. It was an inauthentic rumor that spread like wildfire on social media which forced a mob to take the law in their hands and gave their verdict based on the rumor. After they were killed, the real story came out and the two men were just poor victims of a cyberbullying attack. Indian parents must be careful around their children and try their best to make themselves available without making them feel uncomfortable because there are certain things that your child will not feel comfortable while sharing. So make sure that you are open to all sorts of problems.

Millennial parents may be open to discussing everything with their children but the traditional parents also need to be brought under the shade so that they can be as proactive as millennial parents in protecting their children from cyberbullying. This does not mean that millennial parents are doing their job perfectly, they also need to be more vigilant because sometimes children can mislead their parents when they are more of a friend and less parental. Every parent can gain some benefit from a little advice. So, I have listed down some important pointers for you to help you become your most proactive self for sheltering your children from cyberbullying attacks:

If your children are being cyberbullied, then ask them to not reply to any threat or message and show no response to the cyberbullies; rather, take screenshots of the messages and print them out in order to keep a physical record cyberbullying.