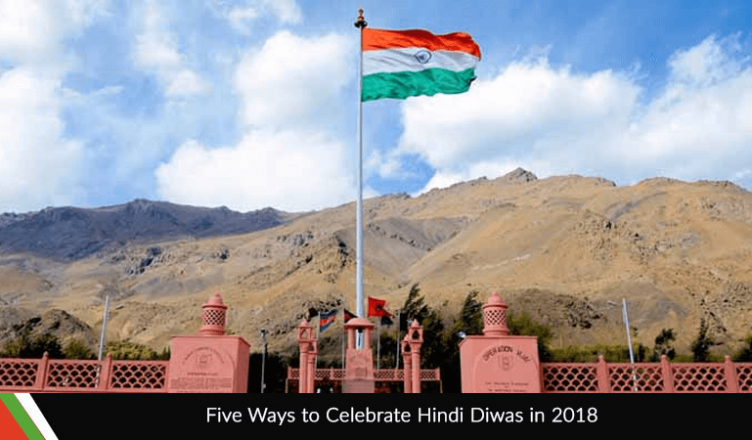 Hindi Diwas is a national day celebrated in India every year on 14th September. But do you have any idea why this date is exclusively chosen to celebrate the day? Let us tell you everything about the National Language Day of India.

There is a history about the celebration of Hindu Diwas on 14th September. When India attained independence from the British rule in 1947, language was among the first few concerns facing the newly formed country. India is a country of complex cultures and all of them having different languages. Hundreds of languages are spoken around India with more than a thousand dialects. On 6th December 1946, Constitution assembly as called for drafting the constitution of independent India. But despite the constitution being enacted on 26th January 1950, the concern over choosing an official language of the constitution was still unaddressable.

After a long debate and discussion, Hindi and English were chosen as the official language of India. The Constitution Assembly accept the Devnagri script od Hindi as the official language on 14th September 1949. This day was announced to be celebrated as Hindi Diwas in the country by Jawaharlal Nehru. The first Hindi Diwas Day was celebrated in the September of the year 1953.

Hindi is spoken by more than 250 million people worldwide and it is ranked as the fourth most spoken language in the world. Here are four ways you can help your child learn Hindi:

We have a smartphone in almost every home today. Kids are attached to these devices and they do a lot of unnecessary stuff like streaming videos and social media. Why not use them for learning their own language? Instead of taking away the phone from your child’s hand, put it use by introducing some Hindi learning apps. You will find many such apps on the Play Store and Apple Store. You can also use Xnspy parental control app to see which app he uses the most and help them in the learning process.

The tablets and smartphones can also be used as powerful tools for visual learning. A video or pictorial representation is a better way to learn Hindi for kids. It is because visuals are more appealing to the kids than plain-texts. Visual learning through devices create curiosity in intuitive young minds and make communication quicker and simpler. You can also change the size of the visuals in these devices to aid better comprehension of the syllables and alphabets.

Other than e-learning methods, many publishers in India have introduced bilingual picture books for the kids. These books are comprised of the stories written in both English and particular regional language. These books are highly beneficial for the kids as they aid in their visual learning. Some of these books are also being used in the schools for kids for leaning at massive levels.

This is yet another most effective way to make your kid learn our national language. If you want your children to have a good grasp of Hindi, then the best way would be to communicate in Hindi with them. Speaking the language is as important as any other method of learning it. Besides learning it through reading, conversing in Hindi with your little one will not only polish his Hindi language skill but also encourage other family members to do so. Millions in India have Hindi as mother tongue, but if you use any other regional language at home, then help your kids pick up the language from friends.

If you want your child to learn Hindi, then the best way to develop an interest would be through Hindi literature. Introduce your kid to literature books in Hindi. There are some popular series written in the Hindi language which may interest your kids. Some of these include Potli Baba Ki Kahani Series, Pinocchio by Gulzar, Poos Ki Raat by Premchand. These are some of the Hindi classics for the kids. Some of the Hindi stories are also available in audio format. In case your child does not prefer reading, you can use audio tapes for a better understanding of the language.