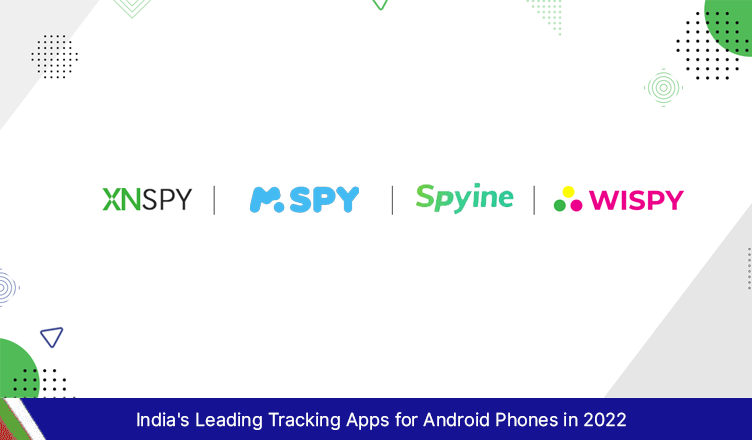 Rising disposable income, cheaper internet, and the urge to always be connected are some of the factors that have propelled the Indian smartphone market to become one of the world’s largest.

However, as compared to other markets around the world, India’s smartphone penetration rate is relatively low. Smartphone demand is expected to rise in the future as a significant portion of the population does not own a phone or plans to upgrade from a feature phone to a smartphone. Along with the increased rate of smartphone adaptation, the number of vulnerabilities for Indian smartphone users, particularly teenagers, is increasing.

Why Do Indian Children have the Highest Online Risk Exposure?

According to McAfee Corp., a global leader in online protection, Indian children have the highest online risk exposure and are among the youngest to reach mobile maturity.

Smartphone use among children aged 10 to 14 is 83 percent in India, which is 7% higher than the international average of 76 percent. As a result, there is a significant security gap between parents and children, which exposes them to significant online risks. Furthermore, while parental control is relatively low, 22 percent of Indian children have experienced cyberbullying at some point, which is 5 percent higher than the global average of 17 percent.

How parents are contributing to their children’s online safety?

Globally, 73 percent of children seek their parents’ advice on online safety more than any other resource. However, parents frequently fail to deliver, leading to security gaps. While 56 percent of parents worldwide indicated they use a password or passcode to protect their smartphone, only 42 percent did the same for their children’s smartphones—a 14 percent drop.

Only 47% of Indian parents are concerned about cyberbullying and social media abuse, as compared to a global average of 57 percent. But the hard truth is that the rise of tech in India may bring a cyberbullying problem.

Other internet threats are also reported by Indian parents, indicating issues with online privacy and security and at a considerably higher rate than other families globally. Parents reported attempted online account theft at a rate of 33%, which is 5% higher than the global average of 28%. In India, children reported thieving at a significantly higher rate of 26 percent, compared to the global average of 15 percent.

The reason behind the increasing theft rate is the communication gap between parents and kids. Children, for some reason, do not share things with their parents and try to deal with the problem by themselves, making it even worse unknowingly. So, in that case, parents need to find a way to know what their children are dealing with.

One of the best ways is to track their phones so that you will be aware of everything they are going through. There are multiple ways to track a phone, but using a tracking app is the most reliable option to monitor someone’s activities remotely.

However, there are various parental control apps in India, but it’s hard for a novice to pick the best one out of many. In this regard, we have come up with the best Android phone tracking apps to make the decision easy for you. These spying apps are being tested based on their reliability, compatibility, features, and prices. You can pick the one which you think fits your demands and needs.

At the top of our list, we have Xnspy, which is the best overall parental control app in India and provides real-time updates on your kid’s activities. It allows you to control your kid’s mobile remotely by gathering information such as text and call logs, emails, and instant messaging chats from WhatsApp, Viber, Skype, Tinder, Line, etc.

It also allows you to track the GPS location and social media activities of the monitored device. Once the user defines the keywords such as names, numbers, and location, the detecting capability can also be used to record the device’s surroundings and keep an account of specific activities.

It is fairly simple to view the data obtained with the Xnspy Android spy app from an Android device with an internet connection. Everything is saved to your Xnspy web account, which you can access whenever you want. All of this is done covertly, keeping your target completely oblivious. Remember that you only need to install the app once on the device you wish to monitor. You’ll be able to monitor the target phone’s activity once you’ve installed the application.

Xnspy is an all-in-one platform for Android device surveillance. It boasts significant capabilities. Its simpler installation and advanced-yet-user-friendly features are what make it a great daily monitoring app.

Remote access to all data and activities on any Android phone is possible with mSpy. While remaining fully undetectable on the target phone, it can track all incoming and outgoing texts and calls, monitor browser activity, and collect the phone’s current position.

The app is really simple to install and takes less than 5 minutes. There is also no need for rooting. The cell phone data you receive is regularly updated to ensure you don’t miss any important details. Another noteworthy feature of the program is its security, which allows only you to access the information of a targeted phone.

mSpy expertly keeps you updated 24/7 on the activity of a monitored phone.

Spyine is largely regarded as the best app in the phone spyware application industry. Its spyware technology makes it simple to install on Android devices without the need to root them. The app secretly monitors a device and provides you with real-time updates, which can be accessed from anywhere via an internet browser.

The app allows you to monitor and read the targeted phone’s text messages, social media chats, and other communications. You may also view the phone’s call records, which include information such as call duration, frequency, and timestamps. You can also create a marked zone on an e-map and be notified promptly when someone leaves or enters that zone.

The Spyine Android spy app has an advanced stealth mode, which allows you to spy on contacts and track if your child attempts to leave the secure zone using the geofencing tool. You can also get a summarized report of their browsing history.

Spyine fulfills almost all of the standards for becoming the best app to track phones without them knowing. This app is loaded with advanced features that make cell phone monitoring simple, such as tracking call records and messages to help communicate information in real-time and an easily accessible online dashboard.

Wispy is one of the few apps, similar to Xnspy, which allows you to listen in on someone’s calls. Not only that, the app’s robust live 360 streaming feature allowed you to listen to the phone’s surroundings. Aside from this, you’ll also find some basic phone spy app features here.

Among other things, the app can monitor social media activity, hack into call logs, monitor messages, and track GPS location. Wispy works discreetly 24/7 to provide you with the most up-to-date information in real-time. It also allows you to check apps on your phone and remotely block them if you believe they are inappropriate for your child.

Furthermore, you can control the targeted device remotely, block the internet and apps, track Wi-Fi records, and hack into phone contacts.

Our main concern when searching for parental control apps was finding ones that would keep our children safe without being intrusive. We thought about how easy it would be for parents to achieve whatever goals they had in mind—whether it was location tracking, screen time limits, content blocking, or a combination of all three—and we made sure it was a simple process to change, update, increase, or decrease your child’s access as needed. So, you can pick the one that fits your demands and needs.