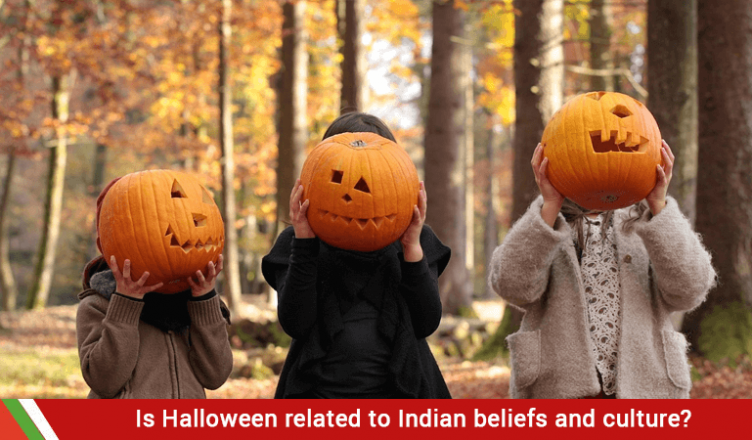 Now, with the world becoming a global village, people are adopting traditions and values of diverse cultures and religions without heeding the geographical borders.

The History of Halloween

So, let’s take a look at the history of Halloween. Halloween originates from ancient Celtic’s festival – Samhain. The ancient Druids celebrated this event, who were the priestly class of the Celtic people. Who were the Celts? They were the first Aryan who came from India to settle in Europe. Today, these people are residing in Scotland, Ireland, and other areas of the British Isles. It is a renowned fact that the Celtics were knee-deep in occult arts and worshipping nature.

The Celtics are known to worship the Sun God, Belenus, particularly on May 1st as their summer festival. And these people worshipped the God of Death, Samhain, on October 31st, the actual Halloween. Celtic began their New Year on November 1st. They had faith that the God of Death collected souls of the evil dead on the 31st of October – the last night of the year and condemned them to enter animals. After that, he would decide which of the animal forms they would take for the next year. As for the souls of the good people, he would give them a second life – dusra janam. They would rise again as humans. Another folklore connected to this event is that the people who passed away last year could come and visit their families this year for a few hours.

Is it related to Hinduism?

This whole notion of reincarnation within Halloween greatly resembles the Hindu belief of punar janam. This philosophy might have gotten sidetracked over the years and deviated from the actual in some ways. This belief was modified, which the Westerners adopted it as their own, continue to celebrate it after decades.

Halloween is inspired by various beliefs and religious customs apart from Samhain’s tale. It is an amalgamation of religious rituals and ancient festivals that go back to ages. What was once known as the night of worship, the Westerners transformed it into a festival.  Now, the Indians celebrate it as well. It is widely celebrated in various countries such as Canada, Ireland, and the United States.

The event of Halloween includes trick-or-treating, costume parties, games, pranks, and games. Also, Halloween does not go by Halloween everywhere. Different versions of the holiday exist to this day. For example, England celebrates Guy Fawkes Day on November 5 with bonfires and fireworks. In Mexico, as well as other Latin American countries, people celebrate the Day of the Dead or the Día de Los Muertos to honor the dead ancestors and loved ones.

Halloween Celebration in India – Should we celebrate it?

Today, friends and families celebrate Halloween with friends and families with large events and costume parties. People dress as their favorite characters, ghost forms, or any other icon they follow. You would see some of the most amazingly horrifying costumes that look like something straight out of a horror movie.

With the growing popularity of Halloween, many traditionalists and people belonging to the old school of thought have raised concerns regarding Halloween celebrations in India. Do we need to follow Western festivals? They ask. Also, according to them, with Indians having tons of festivals themselves, it is odd for Indians to adopt events that aren’t culturally their own. It would lead to the elimination of true Indian heritage and indigenous festivals.

Well, as stated earlier, if not much, Halloween is connected to Hindu beliefs to an extent. Also, even if it weren’t, it isn’t our concern if someone from the Hinduism faith chooses to celebrate Halloween or even Thanksgiving or Christmas for that matter. India has seen a recent surge regarding Halloween in the past few years. Fashion magazines particularly create content regarding Halloween ranging from décor and makeover tips to even costume making ideas.

What’s more? The Indian film industry isn’t far behind. In the last couple of years, several films such as Go Goa Gone and Rise of the Zombie, to name a few, were made. Even though the fascination with Halloween is relatively recent, everyone as adopted it as their own.

So, all those who are against this event should take is as a festival only. And for the most part, it’s only the Indian elite and upper-middle-class families who celebrate it. This also includes the people who belong to those families with a TV at home, have studied at schools where they exposed to Western films, comic books, and shows and enjoyed them. There is no need to make an issue out of nothing when many of us are not particularly well-versed with the history of the infinite numbers of Indian festivals, either.

Also, the celebration of Halloween has changed a great deal over the years. It is no more about pleasing Samhain and covering oneself with masks so that the Death God wouldn’t take you. It is a festival to get together and enjoy yourself with friends, family, and workmates.

Given that Halloween roots belong to Indian culture, and even then people from the West celebrate it more than us doesn’t leave room for any argument, does it?