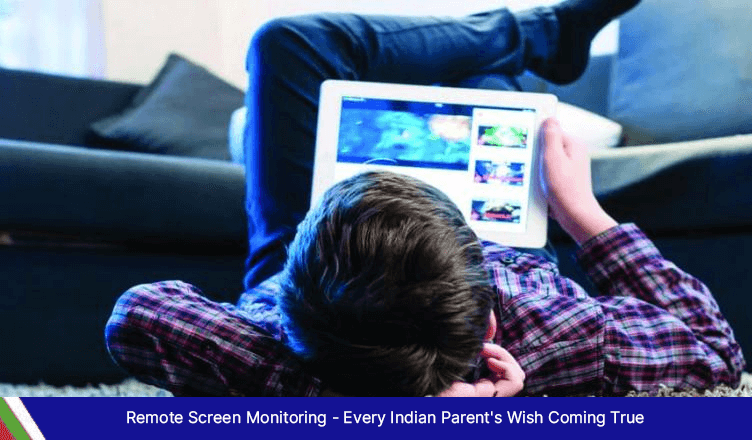 Smartphone use has increased exponentially in adolescents in India. Researchers are worried that the increasing use of smartphones will make teens addicted to them. A recent Indian study has reported a 37% smartphone addiction rate amongst adolescents between 16 and 19 years of age.

Smartphones are a new generation of phones that combine communication and entertainment capabilities. With the fast increase in its usage, smartphone addiction has evolved as a serious public health issue among teenagers. According to another research, teenage smartphone users are more likely to experience serious psychopathological problems such as problematic behaviors, somatic symptoms, attention deficiencies, depression, and hostility.

Even teenagers from lower socioeconomic classes have been affected by smartphones due to their widespread availability and cost. Furthermore, there is a scarcity of studies on smartphone use and its negative repercussions among developing-country teenagers. Given the growing popularity of smartphones among Indian teenagers, it’s critical to keep track of how they’re using them.

It is equally critical to track and understand their obsessive habits. It is why so many studies are being done to get at the root cause of the menace and figure out how to proactively cut down smartphone usage.

Students check their phones and smart device frequently throughout the day. Heavy and moderate usage, such as texting, emailing, checking social media, and even playing video games on their phones, account for up to 20% of their study time.

According to research, increased smartphone use is linked with poor academic results, corroborating a negative correlation.

Given these figures, it’s no wonder that many children struggle with online learning. Their grades suffer as a result.

When a student is trying to achieve a certain objective while studying remotely, they become sidetracked. It’s because their attention has shifted away from the subject at hand and toward their cell phones.

Their mental growth and focus are harmed by their fragmented attention. Lecture retention suffers as a result of this diminished attentiveness during remote learning sessions. It influences pupils’ test and exam results.

Students who admitted to using a smartphone performed worse than those who did not. This constant distraction from using smartphones is also a symptom of cell phone addiction. Which, as discussed earlier, is becoming increasingly common.

Gaming is massively popular in India

It shouldn’t come as a surprise that gaming is immensely popular in India, with over 300 million players playing mobile games. The industry has been exponentially growing for the past two years, and the COVID-19 pandemic has only helped its cause.

Gaming has seen an annual growth rate (CAGR) of 38% in 2019–2020 and 37% during the previous fiscal period. It means the gaming industry has surpassed the growth of social media in the past two years in India.

But gaming has raised other issues for parents to deal with, similar to smartphone addiction.

It has become a ransomware hotspot. The number of counterfeit games harboring malware has increased on virtual game marketplaces like the Google Play Store and Steam. Games like PUBG have dominated the Indian market due to their high playability, fast pace, and addictiveness.

Most ransomware attack perpetrators utilize stolen accounts to lure gamers into downloading and opening infected files containing malware. While other mischief actors hack into players’ accounts and take away control from them.

It is a typical ransomware attack. Hackers only give back their accounts once the players have met their demands which can be in thousands of dollars in some circumstances.

Most Indian gamers are typically young and naïve. Due to their young age, they may click on links offering free loot boxes or in-game gold. Hackers can also take control of the accounts when they click the link, threatening to delete their accounts and destroy their progress in the process.

Parents’ credit cards are on the line

Most mobile games are free to play and do not require high specs to run. So the cost of entry is low. It means more players can run the games without investing in a higher spec device or buying the game.

These games make their money via in-game purchases like cosmetic items such as skins and emotes. They are flashy. So kids want to acquire them to boast to their friends. So, eventually, many players started using their parents’ credit cards to circumvent the situation and buy whatever they felt like without thinking of the consequences.

Unsurprisingly, most game companies know this, yet they continue to make such enticing cosmetic items into their free games. Even a tech giant like Facebook has misled its younger audience members.

According to a document revealing Facebook’s gaming strategy, the social media giant urged game creators to allow youngsters to spend money without their parent’s approval, a practice the company dubbed “friendly fraud.”

According to another internal Facebook assessment, the kids did not always realize they were spending money.

What can parents do to curb smartphone use in adolescents?

Adolescents will not take kindly to their parents taking away their cellphones. The same is the case if they try limiting access to phones by setting up timeframes in which to use them. Parents will need a subtle approach where they remotely monitor cell phone activity and offer quick help.

Most parents live a hectic life, and trying to maintain a work-life balance is becoming harder than ever. They cannot be with their kids 24/7 to offer them guidance about their cell phone usage and help them with their addiction.

But now they can use the latest trend in technology to offer immediate help. Parents can use an IM screen recording app for Android. Many remote monitoring apps offer screen recording features that work within instant messaging apps like LINE, Kik, Telegram, and Viber.

Parents can use the remote screen monitoring function of tracking apps to ensure kids are using cell phones within limits. These apps also confirm kids are not visiting restricted websites or falling for a phishing scam or ransomware.

XNSPY is one example of a remote monitoring tool with a great IM screen recording app for Android. Its screen recording works in stealth mode, so kids will not be aware they were tracked. It is thus a solid choice for parents who want to offer help to their young adolescent kids but do not want to confront them directly.

XNSPY helps parents monitor the messages their kids send and receive on social media, which can help with the learning process. Parents can also figure out the source of poor grades using XNSPY’s IM screen recording function.

It makes the app perfect for the Indian market, where Internet use, smartphone ownership, and mobile gaming have grown immensely.