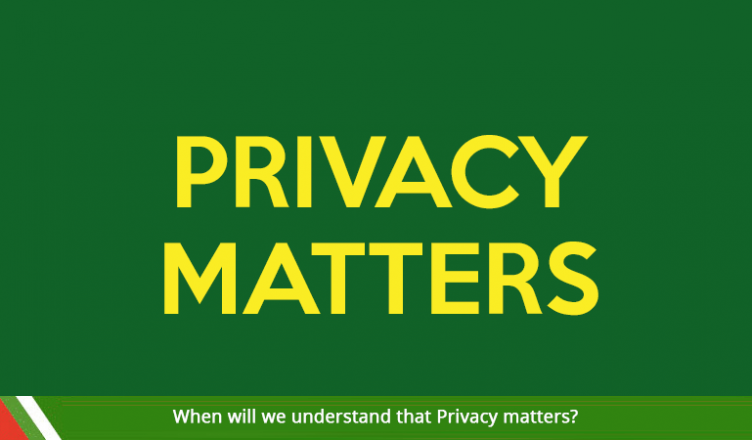 Edward Snowden took the lid off the mass surveillance by NSA a long time ago. We all know NSA is tracking the entire world and it knows everything about our personal lives through the gadgets we use on a daily basis. The targets of this mass surveillance are not just Americans buts us Indians, too. Even though Snowden was forced to leave the States, he is considered a hero in countries like Canada and some parts of Europe.

In a Pew Research Survey, people from 44 different countries were asked if it was acceptable for America to monitor the citizens of their country. 97 percent respondents from Greece thought this surveillance was unacceptable. In China, 85 percent and in Bangladesh, 70 percent were against it, too. But when it came to India, only 33 percent respondents objected to becoming a subject of the US surveillance. In fact, 35 percent of Indian respondents said they were ok with it.

To be honest, this wasn’t surprising at all. Privacy means nothing to us. If you have ever traveled on a train overnight, you would understand what I am talking about.  People sitting next to you start opening up on their own. They ask about your job, marital status, family, and even your address.  It seems you can’t avoid this conversation at all.

Now let’s move to our neighborhood. Even if you don’t snoop on people, you will know why your neighbor next door is arguing with his spouse. You can know all this without even trying. You will hardly find an average Indian who objects with the surveillance cameras installed in the streets, markets, neighborhoods, and malls. It’s mostly because privacy is not a priority for us.

Privacy in India seems to be a concern for the elites only who care a little bit more about it because they can afford to. Their community, cast, and kinship affect their thinking. When the Modi government argued in the court that Indians don’t have the right to privacy, not even the “absolute right to their bodies,” it was these elites who outraged.

No wonder cybercrimes are raising

When it comes to tech, our progress is commendable but it seems that just like personal privacy, data privacy isn’t really a big deal for big organizations. A survey by a digital security company Gemalto reported that 6 in 10 Indians feel that businesses don’t take the security of customer data seriously.

In the first half of 2017, 18 data breaches took place and they leaked 203.7 million data records. May 2017 marked as the month of one of the biggest data breaches when Zamato, a restaurant search portal, was hacked. It compromised the data of more than 17 million users. Then later on, in October, 6,000 Indian companies became the victim of a data breach as a result of the Indian National Internet Registry attack. The victims included IP providers, private firms, government agencies, and even banks.

Despite all these data breaches, we are still careless about protecting our information. The Survey also revealed that half of the Indian respondents reuse their passwords for multiple accounts and more than one-quarter of the respondents have not secured their social media accounts with two-factor authentication.

Why should we care?

Since we are social animals and our culture is more about sharing, we voluntarily give out information about ourselves not just to the strangers, offline, but whom we meet on the internet, too.

When it comes to data protection, most of the consumers believe that the businesses that hold their information are responsible for it. That’s why most of us are okay with being watched by the government. We are evidently happy to relinquish the responsibility of our personal data to a business. The height of negligence is that some of us are even willing to drag a business to court against compromised data when we should have been more considerate about using strong passwords in the first place.

We need to understand this notion that privacy is not secrecy, it is our fundamental right. It is important that we understand our right to privacy and even question the government if it’s violating it.

Fortunately, the law is a great teacher. Let’s hope the Supreme Court’s judgment on privacy will make us learn. It says “Our Constitution places the individual at the forefront of its focus.”

This law will not just affect Aadhaar, but laws on abortion, sexual orientation, and euthanasia. It will even affect the Indian economy. It’s also hoped that this judgment percolates the importance of privacy in Indian society. But laws alone will not be enough. They will only make a difference if people are aware of them. A survey about privacy awareness among online Indian users reported that Indians have limited knowledge of privacy and the concerned laws. They don’t even know whom to reach out if their privacy is breached. This sums up that the need of the hour is to educate ourselves and change our mindset about our right to privacy.

Privacy is certainly not something we put a whole lot of thought or effort into maintaining, but it’s time we should. That doesn’t just include personal privacy but privacy on the internet.