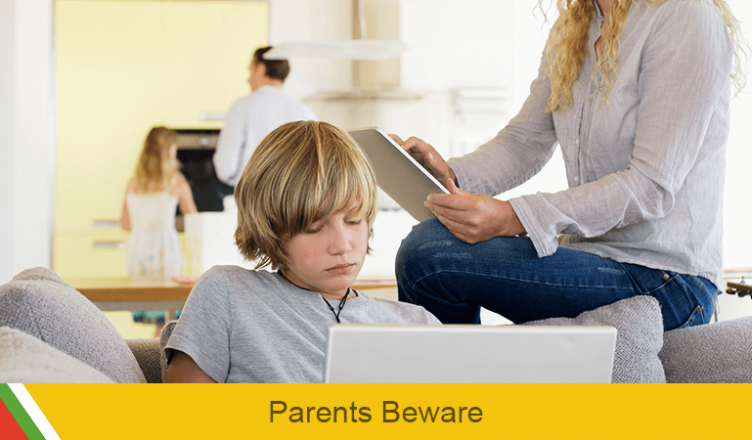 There are several apps on the Appstore and Google Play Store that do not advertise what their true purpose of use is. This trend of ‘second uses’ has been seeing a steady increase in the past few years. These apps will appear on the Appstore as Calculator apps or an app to manage your audio, but once opened and a special action triggered, they will reveal an app that is used to hide explicit images and videos.

Because of the deceptive nature of these apps, it is difficult to find them and even more difficult report them or delete them from your teenger’s phone, because you could just be deleting a normal calculator app.

To help parents out, we have listed a few apps with their exact names on the Appstore and the Playstore, so the next time you catch a glimpse of your teen’s phone, you can take the necessary action.

Let the innocent nature of the name of this app not deceive you, it really has nothing to do with managing your audio or mp3. files or controlling the volume on your smartphone. It does, however have to do everything with hiding nude photos and videos, or anything you wouldn’t want anyone else to see. It even works to hide other apps. When you touch the Audio Manager app, a lock screen shows up asking for a password, and once opened it reveals It’ hidden contents.

This app poses the same deceptive nature as the previous one. Once opened, it will still show a calculator but if a button is pressed within this app, inappropriate pictures and media can easily be hidden. A key way of hiding inappropriate material from parents.

The same app was involved in a huge Colorado high school sexting ring that was managed by the football team. They kept it well hidden from parents and teachers alike.

This app stores sensitive media from prying eyes. Once opened, it will ask for a password and if the wrong password is entered, a picture of the person trying to enter the app will be taken without their knowledge. An app with a password is evidence enough that your child is hiding something from you.

Kik is perhaps the biggest culprit out of all of these apps. Kik is basically a messenger app. What most people aren’t aware of is the fact that it is completely anonymous, users can message anyone, unsolicited. Kik does not offer any parental controls and there isn’t a real way of identifying user’s true identity, making it very easy for predators to prey of minors.

What Parents Can Do About Dangerous Apps: XNSPY

XNSPY will allow you to track all of the apps your child downloads on their phones, as well as tracking activity on apps like Kik, Whatsapp, Snapchat etc.