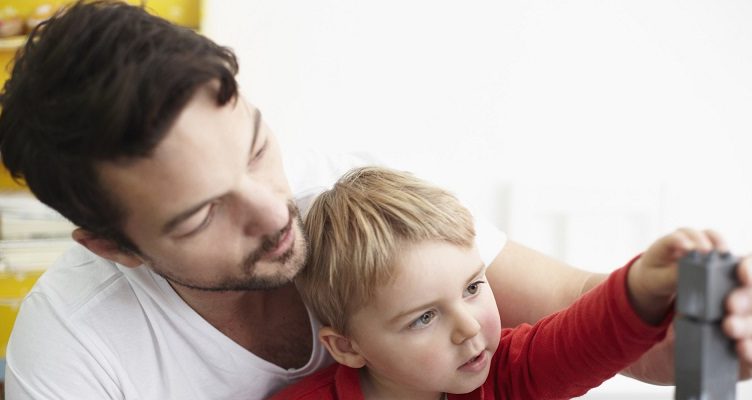 Single dads have it bad. They have twice as much as work and half as much appreciation. Because being a single parent—mom or dad—insinuates that they’re also the sole breadwinners. And to balance a 9 to 5 job with a 24/7 parenting duty would make anyone’s mind boggle. Single dads don’t have a tag-team advantage with their partners either.

And if they are the stay-at-home dads, then people around them don’t make them feel all that special either. What’s a man to do when he’s giving it all he has to bring up his children and the school still asks for “the mom to be there” at parent-teacher conferences and such. Moms are great… but single dads are not too bad themselves.

This species of dad is increasing all around the world. Look at these stats from Australia according to Mccrindle.

And yet the father is still seen as the substitute for mom and not a competent parent himself.

So why exactly are single dads so underappreciated, you ask? I suppose the media is to blame slightly. Hollywood’s single dad trope is that of a man discovering the joys of fatherhood in a lot of plaid shirts with a lot of bad cooking. The kids are often shown to be neglected and falling behind in their classes. Perhaps a scene or two where our hero has an emotional breakdown in which he realizes how difficult his life is. Or generally will be portrayed in situations like these…

And then of course, partly to blame is the social stigma that comes with the misogyny that fills the air we breathe: men are simply not supposed to take care of children (it’s the woman’s job!). So while the real life single dad would be perfectly capable of cooking, cleaning, driving to school and counselling, people seem to be more comfortable with the Hollywood versions that suck at the job.

The ‘Dads are Not Moms’ Argument

People will more readily accept a single mom, but they will always question if the single dad is a good enough parent. What people want to look for is a Mr. Mom, not a Dad. Because when you think Mom, you think woman who has been raised her whole like to be a nurturer. And when you think Dad you think a man that is gritty and rustic, and more of a protector than a caregiver.

So yeah, the earlier notion still stands… single dads have it hard.

The Single Dad of Today

Jim Higley is a single dad who has been pretty vocal about how modern day single dads are so far away from the uninvolved image that has been popularized. He has stressed how the dad of today can be just as much the nurturer and caregiver as the mother, CNN reports. He appeared on The View to speak of the media’s misrepresentation of the single dad as well. Take a look at this.

The dad of today:

Here’s To All You Dads!

Parenting isn’t really about the cooking and the cleaning and the laundry, is it? The only reason people think of those aspects when it comes to single dads is because those are traditionally feminine duties. But we’re a full 64 years ahead of the 1950s. And it is time we start accepting the fact that a single dad is fully capable of emotional upbringing. They make great mentors in their children’s educational careers. They are good counsellors. They are reasonable disciplinarians. They’re not substitutable with mothers because they are their own brand of parent. And yes, they can cook and do laundry pretty decently, too.

To all the dads who are underappreciated and misrepresented, we believe in you and think you’re great, too!