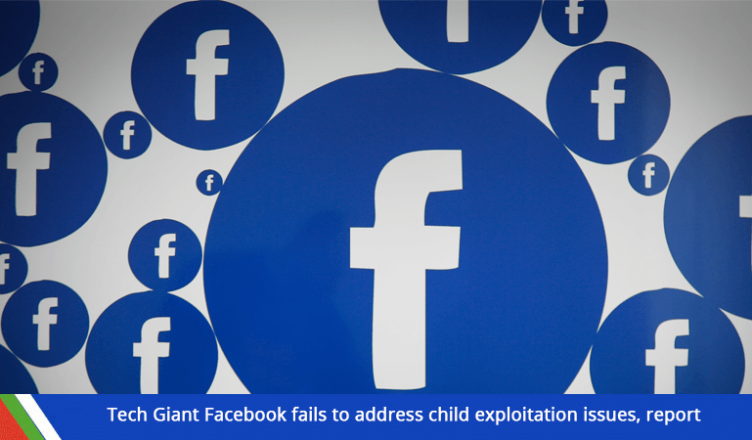 A recent study has unraveled some disturbing facts. It says that the platform failed to address more than 300 cases of child exploitation. Although it says that it does not tolerate any kind of child exploiting content on its platform.

Looks like Facebook is not completely implementing its very own standards and policies regarding banning of content that could endanger or exploit children. A study published on Wednesday found that the company has failed to catch the hundreds of child exploitation cases that occurred over the past 6 years.

According to federal criminal cases, pedophiles have infiltrated the tech giant for years. Given the massive increase of Facebook users, the number of child exploitation cases has also increased. During January 2013 and December 2019, the site was used as a channel to sexually exploit youngsters in at least 366 cases, states the new analysis by Tech Transparency Project. The company found hundreds, if not thousands, of cases where pedophiles actively used the platform for heinous crimes such as sexual grooming of minors and trade the images of the sexual abuse.

This suggests that Facebook is not using its resources and not doing all that is in their capacity to enforce the community standards that ban content that could sexually exploit or endanger children. This data is disappointing and indicates that the company has not taken a proactive approach regarding this serious issue that is impacting numerous lives.

There were as many as 23 cases per quarter last year compared to only ten per quarter in 2013. CEO Facebook Mark Zuckerberg has noted the company’s efforts in this matter. And after the repeated pleas and complaints from the parents and victims, Facebook has promised to carry put efforts that prevent such criminals from targeting children through the platform.

Zuckerberg said in a statement to the lawmakers in October last year, “Child exploitation is one of the most serious threats that we focus on. We build sophisticated systems to find this behavior.”

TTP analyzed reports that included that of a resident in Rhode Island who posed as a teenage girl to lure boys to Facebook Messenger chats and indulge in live streaming of sexual activity, a man in Kentucky was accused of sending children thousands of messages. Another involved a convicted Missouri sex offender who used Facebook Messenger to talk to a 13-year-old girl.

Here is how the company did it. It used a customized code to find any text of announcements on the website of the Justice Department’s U.S Attorney. It collected any information that mentioned Facebook. Analysts then spotted 366 individual criminal cases that involved alleged groomers and predators who used Facebook for child exploitation, sex trafficking, recruiting children, and disturbing sexual abuse images.

The company was scrutinized in the past when it failed to take action against the user reports of children’s exploitation on the platform. BBC discovered Facebook groups in February 2016 where pedophiles swapped stolen pictures of children and also reported 20 inappropriate images to Facebook as part of the investigation.

Unfortunately, the company took down only four of them. After the release of this report, TTP notified Facebook of a public page that had an inappropriate picture of a young girl directed at pedophiles. The company did not remove it. Although the company says that it has zero tolerance for such pictures and it uses PhotoDNA technology to scan each of the images to stop the upload of child exploitative material on the site.

Since the FOSTA-SESTA, Facebook has taken more responsibility regarding enforcement. The FOSTA-SESTA allows the authorities and law enforcement to hold companies accountable for whatever takes place on their platforms. Amid some criticism, it has still made Facebook look into the matter and address the issues of child sexual exploitation.

Facebook was used by a victim of sexual abuse one month after FOSTA-SESTA was passed. The victim (15) reported to have been targeted and sexually groomed on Facebook by sex traffickers.

TTP report follows as new legislation is soon to be passed by US regulators that compels the tech giants to crack down the child exploitation problem on their platform. Called the Earn It Act from Senators Lindsey Graham and Richard Blumenthal is soon to surface. And under this new legislation, platforms are expected to take a rigorous approach towards addressing child exploitation or risk losing protections under Section 230. Section 230 averts platforms to be held liable for the content that is posted.

Thomas Richards, Facebook’s spokesman, said in a statement that, “We share the Earn It Act sponsors’ commitment to child safety and have made keeping children safe online a top priority by developing and deploying technology to thwart the sharing of child abuse material. We’re concerned the Earn It Act may be used to roll back encryption, which protects everyone’s safety from hackers and criminals, and may limit the ability of American companies to provide the private and secure services that people expect.”

As far as the justice department is concerned, it is going to reveal its actions against the matter that includes a proposal of 11 “voluntary principles” for the tech giants to address the issue. The members of the tech industry co-authored it with the support of leaders of five countries, as per Washington Post.