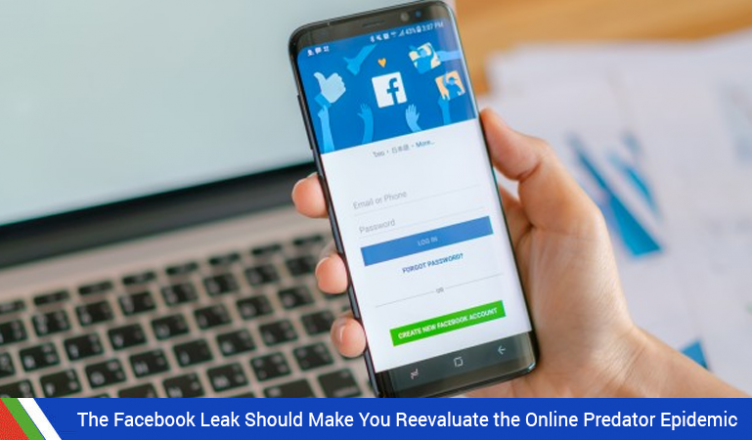 It has been quite a long time since we have talked about this topic. I feel as if the time is exactly right to once again talk about online predators. You might have heard of the Facebook data leak. Over 87 million users have had their personal details and data leaked by Facebook and the research company Cambridge Analytica. The research company were hired to collect data for private buyers and that they accomplished quite well. But when the time came to delete the data, well it seems their might have been some slip ups and the data was leaked.

This data was extremely personal information such as phone numbers and addresses. Anything you would want to put up on your Facebook profile without giving it a second thought. Think to yourself, what have you uploaded to Facebook that might be used to hack into your personal life? The answer is pretty much literally everything. We upload to social media sites without a single thought of how it might be used against us. Facebook promised that it would never share your data with anyone ever yet it has continued to do so over the years. As such we cannot trust what we put online to be safe. Now, you do all of this as adults! Your kids have Facebook profiles too and the data that has leaked might be your child’s data as well.

How You Can Protect Your Child

So now, getting back to the main point of this piece: have your kids already been in contact with online predators? Data moves fast in the dark web and it is not unwise to suppose that someone might have already purchased data and put it to their own use

Why this is dangerous for your child is because we seem to put everything from our addresses to our phone numbers on Facebook. A predator could be in contact with your child and grooming them as we speak. First things first, look over your child’s phone/device for any suspicious activity. If you seem like they have some apps, calls, texts or history hidden from you, install XNSPY parental monitoring app. This app will allow you to monitor conversations in every popular messaging app, as well as let you look at internet history, emails, and much more.

You will have to use XNSPY’s location tracking feature to look at your child’s movements when they are not at home with you. This allows to monitor their normal movements and see if they are not headed for some suspicious locations. Since if the data stolen from Facebook had your address on it, you can never be too careful. Just to be safe, you can even restrict your child from going to certain locations and receive alerts on your phone if they do so.

It should not surprise that your child might be already in contact with someone suspicious regardless of the Facebook leak. If not, this leak will make it almost certain that they are.As such you can make sure by analyzing the incoming and outgoing calls on your child’s phone and flag the ones you feel are suspicious.

This allows to narrow down any possible predators that might be contacting your child without them being none the wiser. This then increases the chances of them getting caught by authorities. Whatever the outcome, you have to be sure that you are prepared for anything and keep your child’s safety in mind always.

How to Safeguard against any Future Leaks

It is not stupid to assume that leaks might happen again in the future and they might be even larger than the one we just faced. As such we have to take precautionary measures against it. Number one of which should be being careful about the personal information we post online to social media websites.

It has become increasingly clear that these social media websites are not protecting our data and as such we have to do everything we can to protect ourselves and our children. Children can be protective of their privacy online especially from their parents. As a parent you might not even see your child’s profile since they might have blocked you from viewing it. As such you may need to use the help of parental monitoring apps like XNSPY to monitor what they are posting online, who they are contacting and what they are doing.

As much as you would like, your children will not open up to you about what they do online. It is a safe haven for them, a place where they can do whatever without supervision. As you can imagine, this can lead to some disastrous results. Unsupervised internet usage has led to many deaths for kids. It is wise—in any capacity—to monitor your child’s internet usage. You could ward off many potential threats by doing so.

Remember to stay vigilant, stay active and monitor your kids. The internet is a big scary place and a lot can happen if one allows. You, as the parent must step in as the mediator of the chaos of the internet and your child’s safety. It is only the parents that can totally protect their kids from harm- one can never always rely on the authorities to do that. They have enough on their plate and are not prepared for what might happen when such data leaks as the one with Facebook occur.