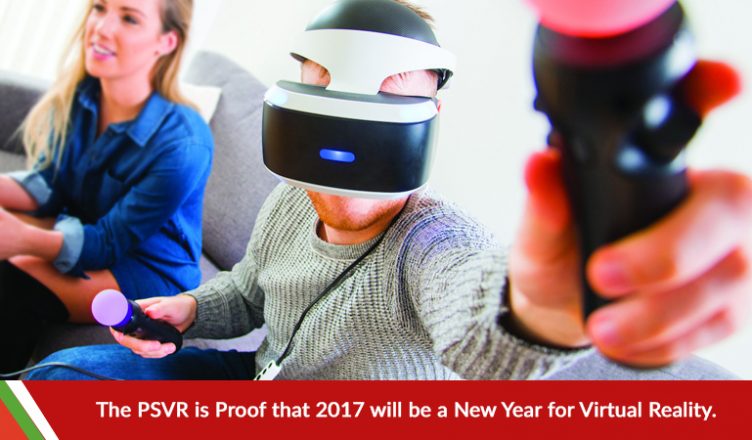 2016 was long since hyped up to be the year of virtual reality. Throughout the year we saw unavailability of VR products, sudden surges in prices and unaffordable prices for the HTC Vive and Oculus Rift. The introduction of cardboard VR was brought a little hope to the masses of the prospects of VR but in the end, it seemed more like a gimmick than anything else.  For people who have tested the higher end equipment, they know how magical of an experience it can be but they also know how at what price the equipment was set up in.

So what are the masses to do with the new technology they can see and feel but not use? This is where the PSVR provides a beacon of hope.  The PlayStation Virtual Reality headset offers a more realistic way to get into actual virtual reality video games without the user having to fork in a large amount of money.

The best feature about the PSVR is that you can run it directly from the PS4 so instead of buying a VR ready, systems heavy PC, you can essentially ‘plug and play’ with the PlayStation 4, which right now costs a mere $299.  The PSVR currently costs $399, so you could have an entire set-up in ~$700.

Gaming has never been so immersive and now with the PSVR, everyone can realistically experience a very impressive Virtual Reality experience. The shortcomings of the graphics are made up for by the sense of ‘being there’.

The final verdict would be that it is certainly no gimmick and everyone should absolutely try it, since virtual reality is only going to advance and who knows, the PSVR will be at the forefront of this innovation.