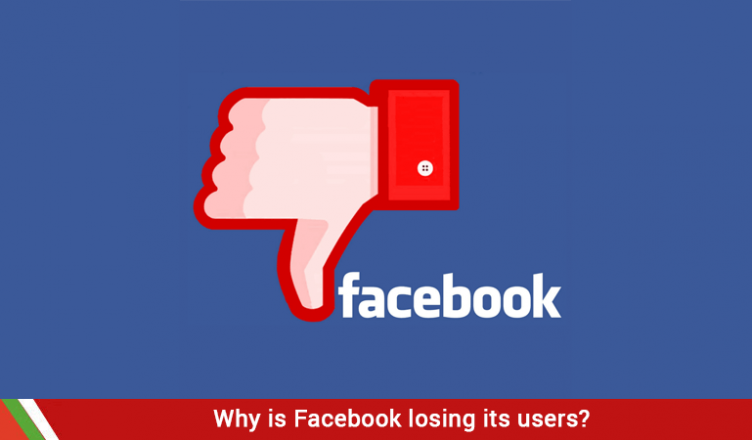 With over 2.41 billion monthly active users, one would think that Facebook’s popularity is unrivaled. While there is no denying that Facebook is one of the most popular social networking sites, in recent years, the app’s popularity has dropped considerably. Amid scandals regarding data breaches, fake news, and misinformation during election campaigns, the reputation of the app has suffered.

According to The 2019 Infinite Dial report, Facebook has lost 15 million users since 2017. The report says that young users are losing interest in the platform. However, this may be an exaggeration, based on the fact that the researchers interviewed only 1,500 people. But even if you consider this figure with a grain of salt, it is still devastating for Facebook.

Other research groups, such as eMarketer, report that Facebook lost 2.8 million users under the age of 25 in 2018 alone. eMarketer predicts that Facebook will continue to drop among 12- to 24-year olds. On the contrary, Snapchat and Instagram (owned by Facebook) have seen an increase in the same demographic. In addition to this, the Pew Research Center reports that 42% of Facebook users have limited the time they spend on the social media platform.

There is no denying that Facebook is losing its users and faces a decrease in user engagement.

In addition to this, Facebook’s involvement in spreading fake news during the US Presidential Election was another thorn in the side for the company. A report by the University of Oxford says that Facebook is the common platform used by governments and political parties to spread fake news. According to the report, “Facebook remains the platform of choice for social media manipulation in 56 countries.” The reason why Facebook is the chosen platform for misinformation is because of the scale of its audience. In addition to this, people can easily share fake posts with their family and friends, causing a ripple effect. Moreover, the prevalence of fake accounts on the site has contributed to fake news.

Facebook’s business model is based on running ads to users, and the company hasn’t been transparent in providing details about how it uses the data to run effective ad campaigns for businesses. This mistrust and lack of transparency are disengaging many users.

But there are other reasons too: users are losing interest in the social media site because they have more options.

Facebook has come a long way from being the only major social networking platform. Today, the tech giant faces competition from other social networking apps and sites such as Snapchat, Twitter, YouTube, and Instagram. Moreover, user behavior indicates that people on social media platforms prefer interactions within a community or group. Platforms, such as YouTube, provide users with content that interests them. Activate Inc. says that, on average, a person in the US has 5.8 social media accounts. The report also says that this number will rise to 10 by the year 2023.

As mentioned above, teens and youngsters are spending less time on Facebook. Instead, they prefer other social media apps that provide personalized experiences, such as Snapchat. The app allows users to share their experiences with a select group of people.

Facebook knows that it is losing user engagement on the parent app. The company has taken several measures to avoid this.

As more people shift to the private messaging app, groups, and “stories” format (as those used by Instagram and Snapchat), Facebook has been quick to learn from these trends. Facebook Stories is one feature that the company introduced to keep people engaged on the platform. In addition to this, Facebook is pushing users to join groups.

Popular social media apps of today can tell a lot about what keeps users engaged. In 2013, Facebook tried to acquire Snapchat for 3 billion dollars. Snapchat declined this offer. Hence, Facebook introduced the story format by replicating Snapchat. But the feature failed to impress users.

For political parties to run ads on the platform, Facebook has taken measures to curtail misinformation. Political parties and organizations have to provide more information about their organization. According to a blog post by Adam Mosseri, VP, “third-part fact-checking organizations” have been hired to check the validity of a news source. Despite Facebook’s efforts to remove fake news from its platform, the number of players in spreading fake news is on the rise. As the US prepares for the 2020 Presidential election, Facebook’s efforts to curtail misinformation will be put to the test.

Although users on Facebook spend less time on the platform, it doesn’t mean that Facebook is a thing of the past. Even though the number of users has declined, there is no denying that Facebook has the most users, globally. Moreover, the company owns Instagram and WhatsApp, which are among the popular social networking and messaging apps, respectively. Instagram has more than 1 billion users, while WhatsApp has 1.5 billion active users, and the number keeps rising. So the tech giant is in no way incurring significant losses.