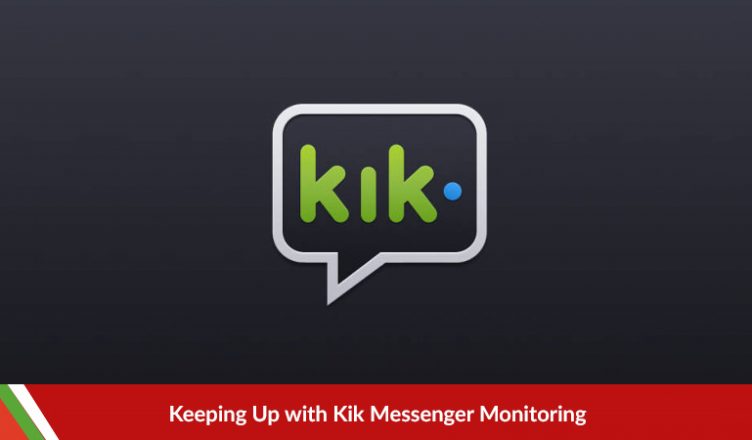 Kik might fool the casual smartphone users as being like any instant messaging app available on the App Store or the Play Store. And they won’t really be at fault if they think of it as a normal messaging app; I mean it has over 200 million downloads on the Play Store. Kik is perhaps one of the most popular instant messaging apps on the market these days and holds its own against giants such as Facebook Messenger and WhatsApp. It is available both on the Google Play Store and the Apple Store for anyone to download.

To understand Kik, you first have to realize that it does not require your phone number such as WhatsApp or even Snapchat would since it doesn’t really require your true identity to run a profile type of account. Unlike Facebook Messenger, Kik users have the ‘luxury’ of signing up with an anonymous username. Anyone can create an account under literally any alias and can message anyone they want, without their permission.

Sure Kik can be used as a normal Instant Messaging service and on many occasions, it is. However the app had been hijacked by a certain of hive mind a few years after its conception and they set the tone for how the app is used, as a base for NSFW chats, groups and exchanges of explicit material.

How To Combat the Perils of Kik

To know what you’re going to combat or take on, you need to completely understand that Kik users are usually on the app for the sole reason of exchanging explicit content.

The first benefit of using Kik Spy is that you will be able to all incoming and outgoing messages. You will be notified whenever they receive a message or send one. You’ll also have access to their contact list and you’ll be able to see who they talk to and why. The timestamp feature also allows you to see when a message was sent or received. You need to be aware of who your child is talking to.

Kik by its nature, is house to a certain type of people who form groups for the sole purpose of exchanging, asking for or even blackmailing other users for explicit content.  These groups are perhaps the worst part of group. When the same type of people convene in a single place, they feel empowered and will often decide on targets and harass them, they’ll ask for nudes from these targets, often to the point of them deleting their public profiles.

Websites such as 4chan particularly, use Kik as a communication platform because like 4chan, Kik too is anonymous. This allows them to carry on what they do on 4chan to a new whole new level where they can exchange pictures and keep track of who they’re talking to. Often, you will find threads on 4chan with a screenshot of a code that leads to a group where they convene. And this happens by the hour.

What Do You DO When Your Child Is Involved With These Types Of People?

It is very troubling if you find out that your child has the same mindset that the people that use websites such as 4chan have. That time of mindset just leads to an ignorant mindset. It is very hard to convince people like this otherwise since they are too sold on the whole idea of what they’re preached.

Well, first you need to actually find out if your child is one of those people. A good way will be through XNSPY. If they’re using the app as a platform to exchange explicit content, that is still normal. They are young and look for outs which is okay and approachable. You can still talk to them about these subjects since you’ll still have to talk about it one day or another.

If your child has already gone off the edge into an alt-right mindset where they take everything as a meme or joke or ironic, even serious things you simply don’t joke about. Children are impressionable and will adopt this sort of mindset if they think it’s cool or a part of some inside joke. This is a troubling situation, one that you need to talk to them about.

You simply can’t let them go on in this way. Before confronting them, just try and look into the things they do when they’re online and what they take part in. And eventually work up to confront them. Have sort of an intervention because you’re really be taking on an ideology that they have and they get defensive just like that. They’ll think they’re above you or think that they’re just above your way of thinking of ideology and they’ll some words around that you don’t even know.

Bear whatever they say or do and make an effort from here on out to monitor their internet use through their phone.

XNSPY as an All Around Solution

XNSPY will help you to monitor any browsing or internet use that your target device goes through. That means that if they eventually leave Kik to use any other platform to communicate with their ‘friends’, you’ll know because you’ll be notified. WhatsApp, Snapchat or even Instagram, XNSPY has features such as WhatsApp Spy, Snapchat Spy, Instagram Spy and even more so that any platform of communication they use, you can monitor that use such as the use like with Kik.