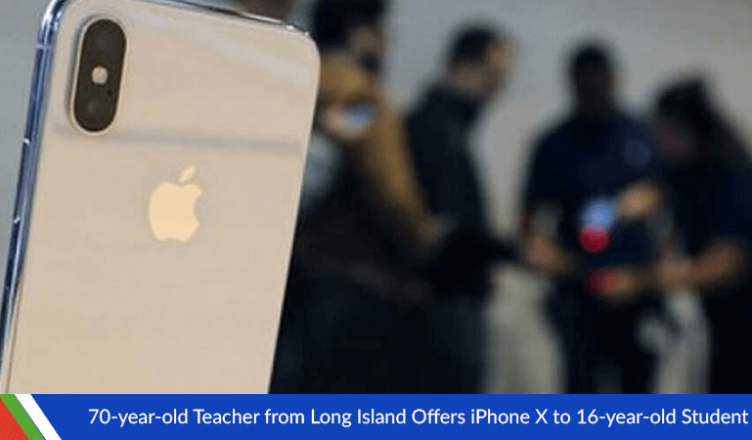 A 70-year-old long island teacher was caught offering cash to students in a school where he taught math. The Police have charged Jairo Inswasty with ‘endangering the welfare of child.’ The Police reported Inswasty offering students cash for posing nude and revealing photos while one 16-year-old student was even offered top-of-the-line iPhone X in exchange for sex. The student, however, declined the offer.

No, it’s not the first time that a teacher has gone this far. Just imagine what would have done if the girl had done sex for an iPhone X. But the rising number of events underlie a more important facet to this teacher-student grooming.

Our Kids are Getting Materialistic

To lure a child into sex is one thing and giving them an incentive for doing that is another. If you review other similar cases, you would notice that there always had been an incentive from the groomer’s end, and the majority of times, it was a monetary one. Kids want to have iPhones, iPads, and MacBooks while they are still in their teen years. However, this is all something that not every parent can afford. So desperation and desires take them to places where they shouldn’t be.

Our Kids are Being Exposed to Adult Content too often

The parent of the daughter, Megan Ronald told WINK that “parents need to be talking to their kids more.”

But that’s not happening. Parents are negligent about what their kids are up to after school or when they are alone in their rooms. According to Psychology Today, early exposure to sexualized content could have effects on kids like early sex or high-risk sex.

Our Schools are Not Being Responsible

You must have watched the trending show 13 Reasons Why. Even though the school didn’t face litigation, it clearly showed that they ignored bullying way too often. The school may not be solely responsible for what happens after school but they can be questioned for everything that happens on their premises. But that’s just how I think. Schools are literally taking no responsibility for what’s been done on their premises. Above all, teachers are not being teachers.

It’s a high time that parents start looking more deeply into their kids’ lives. It’s worthwhile to check regularly on kids’ online and offline friends and their after-school activities too. Don’t wait for something to happen to your child.