Skip to content
XNSPY Official Blog > Android - New > After the iPhone 7, is the Google Pixel 2 Dropping the Headphone Jack too? 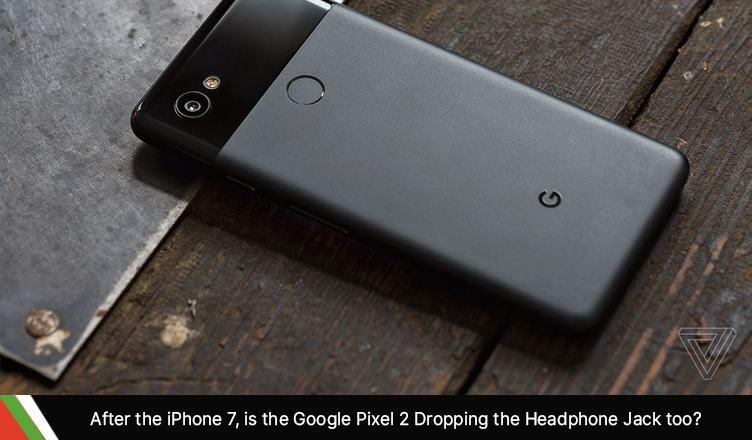 Apple’s decision to drop the headphone jack in its iPhone 7 model was controversial to say the least, as many users found it a nuisance to have to carry around a dongle to charge their phones and use their ear pieces at the same time. Besides having, Apple introduces Airpods, Bluetooth earphones that were supposed to solve this issue, at a price of $160.

The Google Pixel was supposed to be a way out from the extra paraphernalia jungle that was the iPhone 7 and a treat for Android purists.

No Headphone Jack on the Google Pixel 2?

Rumors had been circulating before that the successor of the renowned Google Pixel might follow suit in the iPhone 7’s direction and take out the headphone jack as well. Last month’s leak by Onleak, a reliable source in the matter, has shown the Google Pixel 2 and the Google Pixel XL2 both show to have no dual cameras, partial glass backs, the fingerprint now at the back of the metal case and then the shocking reveal, no headphone jack, being replaced by a USB type C port.

There is a slight chance of the Google Pixel 2 having the headphone jack but as far as the reliability of the leaks goes, it doesn’t seem all that good. If that goes along, there will possibly be more phones to follow and that will start a trend.

Other leaks shown by Olixar (a case maker for the phone) and retailer MobileFun too showed the same thing, that both the models did not have dual rear cameras, the fingerprint scanner would be on the back panel and the headphone jack would be replaced by a USB type c port.

Anything Else About the Google Pixel 2?

The removal of the headphone jack from both the Google Pixel and Google Pixel 2 are the latest from any news we have of the phones.

Google is not one to shy away from innovation and being number one in its field, and recent rumors and speculations indicate that the Google Pixel 2 might be the first phone on the market to sport the Qualcomm 836. If this is true then we might have the fastest phone on the market, leaving behind any competition by several benchmark results. This might be some trouble for Apple too, as they are gearing for the release of the iPhone 8. The iPhone 8 looks to be a promising phone and competition will be intense pre-Christmas, when iPhone 8 and Google Pixel 2 will be released, with Samsung’s S8 already on the market, it’s going to prove to be a tough match between these three phones.